This isn’t another kitchen post, though it does have to do with the belly. It’s time for an update considering that in the last 24 hours two people I would most often describe as having great tact have said to me, “Wow, you’ve gotten bigger!” Now, considering I see both of them on a nearly daily basis, save the weekends, I knew this meant my belly and not my ass, or at least I hope it didn’t.

Anyway, seemed perhaps a belly update was in order. I am about 37 weeks at this point. Home stretch, or the home crawl, maybe even the home limp. I took another belly/faucet shot. The two seem to be having some sort of torrid romance as my belly button cranes evermore forward to get closer to the head of the faucet. 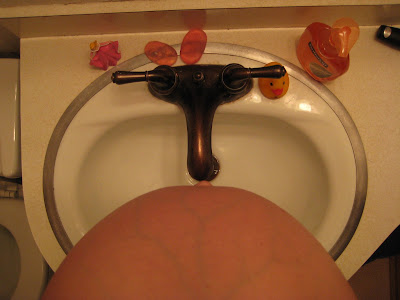 As I took this I discovered that the skin on my stomach has gotten incredibly transparent, the lines remind me of those weird electricity balls 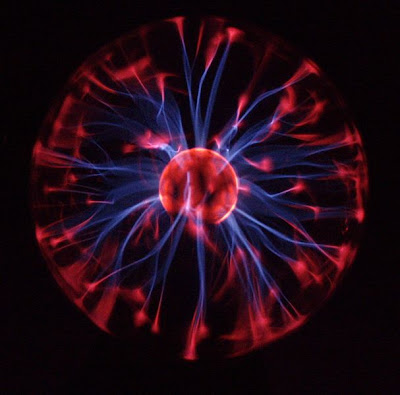 that were big around the same time as the Magic 8 Balls.

Stay tuned for one more update, but believe me when I say, we will not be revisiting this faucet belly comparison as I make the trek back from faucet kissing to mere counter grazing.