Mad About My Man 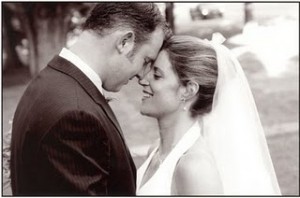 I have been know to wax euphoric about being a mom. I’ve written reams on breastfeeding, the mom/dad equation, and milestones. I’ve shared what little wisdom I’ve gleaned from the journey of 2 to 5. I’ve achieved neither fame nor money for what I’ve done, but man, I’ve loved it. The friendships, the memories captured in adjectives and thoughts. It has felt like full-bodied preservation of my life so far, until the other night.

Sean has been getting together with two of his childhood friends. They sing, and as they do I writhe with self-loathing for not having that skill and butterflies for the hotness that is my husband singing crazy-sexy songs. Seriously, weak-in-the-knees, ready-to-release-cat-calls kinds of excitement. For my husband. Three kids, ten years, a business and a 100+ year old house and I have third-beer, second date giggles and rushes of longing.

That’s nowhere in my archives. I have the odd post on love and fun, but as the crow feet spread ever wider and the tautness of my skin loses the fight, I am not giving the moments when we pulls me to him and kisses my neck and says, “You’re more gorgeous than you were that first summer. My dream girl, Amanda.”

That needs to be here, damnit. Which leads me to the other night, after weeks, months actually, of rehearsing they were heading out for an open mic night. I had known it was coming and was so deliciously familiar with the set list that I could mouth the words as they each sang their part, right down to when they’d shake the shakers and tap the tambourine. A series of calamities had occurred with our family and night-time sitter that made my going impossible. It hadn’t seemed lie a big deal until they were getting ready to leave.

I was crestfallen. We had always found a way to balance parenting and partnering. We’d shoehorned date nights in and blurred post-dinner play and bedtime into prime time alone time and had been satisfied. I felt tremors of something that rocked me, an emotion I’d either suppressed or only just tasted for the first time: No. I want this. I want to do this for me with him.

It was embarrassing to feel a desire to shirk my duties, to quickly find someone to take the girls, but the truth was, I wanted to be with Sean. I wanted, if only for those 60 minutes, to go and be his girl. After the shame of that emotion slipped out the door with the guys, I rolled it around. So I wanted to be with my husband, the father of my girls.

Is that so bad? Is there some awful lesson in the girls seeing that I have a passion outside of my love for them? That beyond the breastfeeding and block-building, I have a side of me that smells like perfume and leather? That after getting married and having babies there are still nights that bring the sexy click of heels on hardwoods and the whiff of fallen leaves and aftershave as mom and dad head out and a babysitter bakes cookies and reads stories?

I think my desire to leave a legacy for the girls faltered in its focus, they need this side of mom and dad. The kissing and the laughter, the leaving and returning, to truly show them how beautiful their life and their family really was. The next time he plays, I’ll be there. And I’ll send texts to the girls and snap shots for the blog. And after, as they sleep upstairs, I’ll dance with him in the kitchen before we tiptoe up to kiss them goodnight.