This post may seem a departure, but the work side of me is very much a part of who I am. I cannot fathom not sharing this huge chapter with you. Thank you for indulging me.

I remember during the height of my involvement at The Capitol Theatre, there was a shift. The routine of showing up before dawn to meet the truck drivers and staying a few hours shy of 24 hours to smoke the last cigarette as we buttoned up the theatre while the trucks rolled away, was my life. After the battle of asserting that I was more than a chick and more than the daughter of the boss, I was accepted and I excelled. I wore my role as Operations Manager with pride and purpose and enjoyed being in a place where I was immersed in an entire sub-culture.

Belonging backstage, from techies and musicians on through to actors and agents, was exhilarating and illuminating. I saw everything through a new lens, behind every production, whether it was live theatre, a political rally or a television show, I saw the effort. I looked for the shadow of a camera man, listened for the whoosh of movement backstage. It was a time that afforded me an unintentional empathy, I genuinely saw the effort that people made. I never underestimated the work that went into something and the awareness had such a balancing effect.

Seeing the how and the who allows you to bypass envy or judgement. You understand the journey, or at least appreciate that there was one. For the past 8 weeks we have been completely absorbed by running our business and mounting a new one. We have been dividing parental responsibilities so that one of us can be in at dawn do a half day’s work on one venture, before heading in for a full day at our other. We have worked nights, sometimes with the girls playing nearby, other times with them in the care of friends or family. Every weekend, every lunch hour, every spare moment and some that we didn’t have been assigned to it. We have sacrificed and compromised every single day in the interest in moving forward, for our daughters, for our partners and for what we hope will amount to something that brings something of value to our business and our community.

Last night we had what I would call a dress rehearsal. Our project is called Nine, which is a retail shop that will feature merchandise that we design at our other company, Trampoline Design. The work of the past 2 months—constructing things from scratch (a 12′ lifeguard chair), repurposing things (150+ year old chestnut table base and doors to a Saratoga Guest house as table top), refinishing furniture salvaged from a barn (bat guano, truck grease and all), managing the production of over 80 custom items, all the while keeping the rest of our lives going—culminated in a twinkly, laughter filled night with the ARCC’s Third Thursday Mixer taking place in the space. We also had front page coverage in a local paper, The Chronicle. Emails came in from friends and colleagues congratulating us and chiding us for keeping it a secret.

It had been a full-blown sprint to a finish line we were never 100% certain we’d hit. I was transported back to my theatre days and the euphoria after a show, rosy-cheeked actors, acerbic techies and salt-of-the-earth truck drivers cracking wise. A beginning, middle and end, which was always really just another beginning. A team and an exchange, the gift of an experience to the audience and the reward of applause. Last night was a whirlwind, earned, honored and celebrated.

I am so grateful to be armed once again with the awareness that allows me to see the effort. I know not everyone will see mine. I do not begrudge them their feelings, I only wish that one day they can see that we are all juggling tasks, spending parts of our journey moving up hill and, whether it looks like it or not, trying to do the best for ourselves and those around us.

Here’s to the struggle, the reward and the people* that line the way between the two for all of us. 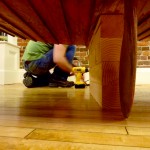 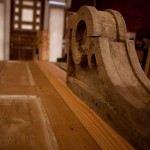 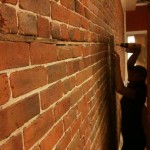 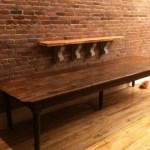 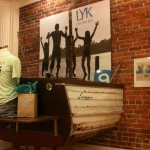 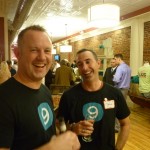 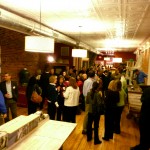 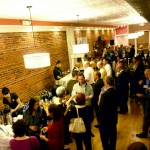 *Special thanks to Leslie who is working with us on the Nine site, worked on the Trampoline & D-Bros sites and has been my friend through it all.