Sean and I met at the Williamstown Theatre Festival. It was not a simple courtship (are any?), but very little is simple when you’re working in summer stock and have the relentless deadlines and pervasive spirit of temporariness. Eventually though, we made it past the distractions and the monumental chip on my shoulder to discover that we worked very well together. Four years later we got married just outside of Saratoga Springs, New York. We kept a connection to theatre through work we did for the Adirondack Theatre Festival.

When we had our daughters, one of whom we gave the middle name Adams after the theater in Williamstown, we made a promise that we would expose them to music and the arts. Our hope was to raise people who would be well rounded and able to appreciate all that life has to offer. There were times over the years that I felt as if being a working mom prevented me from giving the girls the breadth of experience that stay-at-home-moms did. I missed field trips and reading hours at the library. I held on to the idea of sharing theatre with them. We started with a trip to the West Coast to visit my family. My stepdad, who I worked for before Williamstown, is the CEO of the Capitol Theatre in Yakima, Washington. He set us up with tickets to the Lion King at the Paramount in Seattle. We took our two oldest, while the baby stayed at the hotel with Grandma and Auntie Ab. The spectacle of the animals running through the auditorium, the magnificent dance scenes and the music that so quickly lulled them into humming along had them hooked in no time.

For days we discussed the play as we listened to the soundtrack. My heart swelled as they sang along to music performed in a language they did not know. The theme of death from the stampede scene was something that we talked them through, exploring the idea of death using the concept of the body “getting dug” and the spirit releasing to the skies, was timely as Sean and I lost three grandparents in those early parenting years. After the Lion King we went to the Pajama Game in Yakima, where the girls stood on stage with Papa. That day they learned a bit more about my background as they saw the inner workings of the theatre and glimpses of the cast killing time backstage.  Funny how their personalities shown through even then. 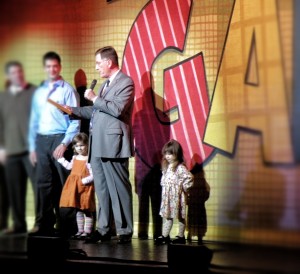 Our work with the Adirondack Theatre Festival continued and once again, Papa hooked us up with tickets, this time to Wicked at Proctors in Schenectady. The girls went dressed as a mini Elphaba and Galinda. I was distracted by the way they each devoured the show in different ways. Briar, luminous in her white dress, watched the performance in breathless wonder. Avery, becoming in black, scanned the rafters and wings to understand how the characters and drops were flown in and out.

The impact of their theatre experiences was so profound that when Sean took the girls to see Disney’s animated film The Princess and the Frog, they sat rapt until about five minutes in when they turned to him crestfallen and said, “This isn’t a show. Where are the people?” Since then we’ve worked to balance movies and theatre, so for every Tangled we try to follow it with a live performance of Beauty and the Beast. 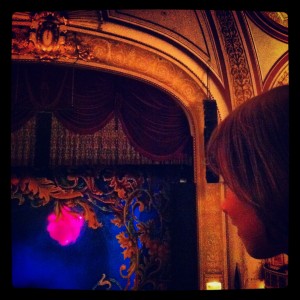 Tickets don’t come cheap, but the wonder on their faces and the way we are sharing our past with them is worth every penny. This summer an opportunity presented itself when Tanglewood announced a concert with James Taylor and special guest Taylor Swift, a favorite of Briar’s since she was 3. The idea of taking them so close to where we met and presenting them with a performer we grew up listening to as well as one that they adore was too good to miss. The show did not disappoint. We sat on the lawn, befriended the group next to us, and swayed as the moon rose and the two Taylors sang Fire and Rain. 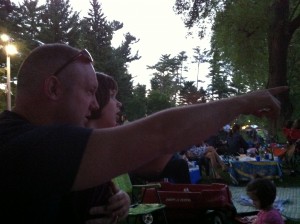 This past weekend Sean and I were honorary co-chairs of the Adirondack Theatre Festival’s Winter Benefit. We talked to the girls about what we were doing, explaining that in order for theatre to happen many people have to work to make sure that they have the money to put on the shows. We rehearsed our lines on the morning of the event, Finley was with us and she photographed with great fanfare our flubs. 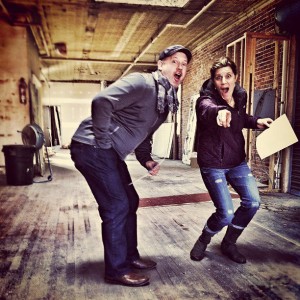 As we sat waiting to go up on stage I thought of how important the evening was to us. Knowing that we had not just held on to our love of theatre, but made it a part of our lives both personally and professionally and that we had folded our children into it, made me proud. Walking up on stage, the sequins on my “you look fabulous, mama” dress shimmering in the light, I thought how amazed  they would be and how whole I felt having parented with honesty and purpose. 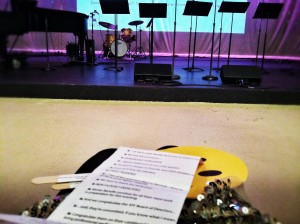