From Two Lines to Blurred Lines

I was sitting in a booth at one of the restaurants near our office, as I waited for people to arrive. It was the third meeting of the day, following an equally ambitiously booked schedule the day before. I looked around, admiring the massive beams overhead and listening to the murmurs and clinking glass. The upholstery on the seat was cool against my back and the dim lighting was a welcome relief from the bright sun. My hands toyed with my phone and then out of nowhere it hit me.

That’s all that was left, just eight days of having a child not in elementary school. I’d known it before, but as I sat waiting to do my work thing tears pounded at the backs of my eyes, reminding me of the waves at the cape—their strength and intensity not to be underestimated. Years of exclaiming over bedazzled toilet paper rolls filled with dried beans. Watching pudgy fingers point at new discoveries. Pregnancy tests, wobbly steps, first haircuts, the indescribable softness of post-bath toddler hair and the balm of morning cuddles and impromptu naps in high chairs.

Not now, this cannot happen now.

I made a playful plea on Twitter for people to tell me jokes because I am, once given to tears, unable to return. It worked. The meeting passed with much laughter and conversation. I walked back to the office proud to have kept the tears at bay. I shooed my mind away from classroom visits, school supplies, and first steps into the enormous yellow bus. This 9-5 emotional avoidance is happening more and more now. I suppose it could be the girls’ ages, but I think it is more my own increasing awareness of people’s tolerance.

There isn’t enough time in the day to balance family and work, there isn’t enough time at night to manage family and finish work. Life with one not seeping into the other seems impossible. The lines have blurred and there is as much controversy with work life balance as there is with that song. How do you balance work and home, music and “sorry honey, we can’t listen to those songs anymore” without help? The desire to commiserate or over-share is as persistently appealing as the tune of that song, and yet ultimately, it’s not an entirely good thing.

My guess is that this is not a problem exclusive to working moms or to blogging moms. Things change as you move further from Baby Bjorns and lovies, and closer to Top 40 and first loves. You are reminded again that you are making all this stuff up as you go, that there was no formal training in parenting, and yet you are a decade in to the whole thing. Talking about it seems like it might help, but then again, it’s hard to say that all three of your kids are obsessed with a song that’s about sex and you don’t really know how to manage the unwieldy door of pop music.

Finley will start school on Thursday, clambering up the same bus steps her sisters have the last few years. It’s a passage that she’s been looking forward to, we all have. Having two older sisters, she is ready. Rationally I understand that with it come new freedoms for both of us, but I am still finding my way with knowing that not everyone wants to hear about kids at work. Finley, like her sisters, is going to want to talk about somethings, while others she will want to keep to herself. 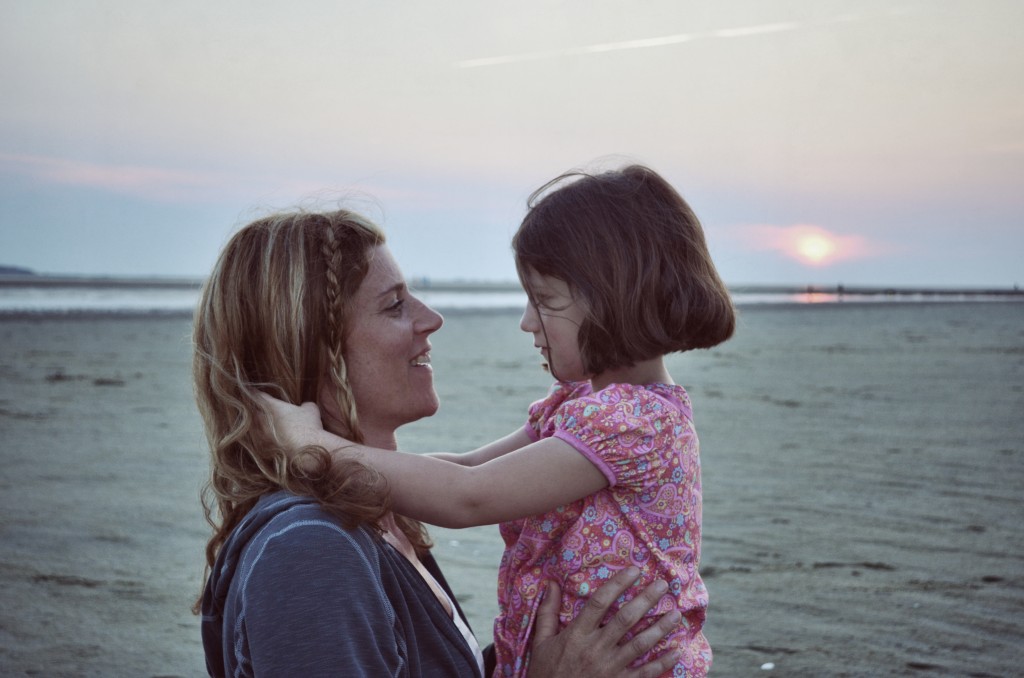 I guess I just never realized how after something as definitive of two lines and all the joy and wonder that came with it, we would reach a point that was so excruciatingly blurred.