It all started when-

A few weeks ago we took Beso, our cocker spaniel, to a place to be boarded while we were on the Cape. The drop-off was not dissimilar to the scene in Hope Floats when the little girl stands sobbing in the street as her dad drives away. The week that we were away I struggled with the echo of Briar murmuring, “Mom, it’s like we are leaving him to be adopted. Does he know we’ll be back?” I shushed her in the moment, but as the days passed I found myself whispering, “I hope so, baby. I hope he knows.”

When we went to pick him up we looked cautiously for the pig who had startled us our first time. 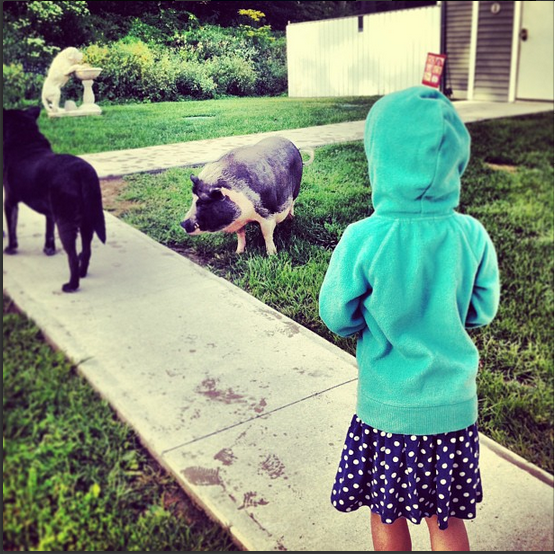 Beso, it turns out, was the life of the party. The owner told us that he played with every single dog and even conned his way into extra playtime. Based on the way he confidently arrived home and promptly crashed for three days, I believed her. The office where we paid our bill also happened to be the headquarters for the animal rescue non-profit organization she runs. The kittens, oh the kittens. So many sweet little loves, along with older cats, a couple of little dogs and even a bunny. The girls could not have been more enamored. Negotiations began in earnest with Sean leading the charge.

They cuddled and mugged for me, “Look at this one” and “Oh, mama, how about this one?”

The cats, seemingly understanding who would make the decision came and snaked their tails around my legs. One came over, nudged my face with her nose and purred. We locked eyes and I swear she smiled.

We agreed to talk about things, which is code for the four of them conspired to wear me down.

“Who would clean the kitty litter?” I asked. Avery’s hand shot up.

“Who would feed a kitty?” I pressed. Briar piped up with an emphatic, “I would.”

“Who would…” Finley interrupted me, “Mom, mom, we would totally do it all.”

Briar chimed in, “Hairballs! Throw up!” Avery bleated,”It could sleep with me.”

Then Sean said, “Think of Beso, he needs a buddy,” then he looked out the window and giggled.

A week passed, days filled with declarations of happiness resting on a cat and proclamations that this was the only thing that anyone wanted. We were on our way out of Lowes when Sean made the move, “B’s birthday is coming up, let’s do this.” There was more discussion, the girls quickly realized what was happening and threw their two cents into the mix. Then we were there and we picked out a little miss to bring home with us. The girls were reverent, the kitten was sweet beyond words, we were all done for.

And so it began, a tentative first dance. 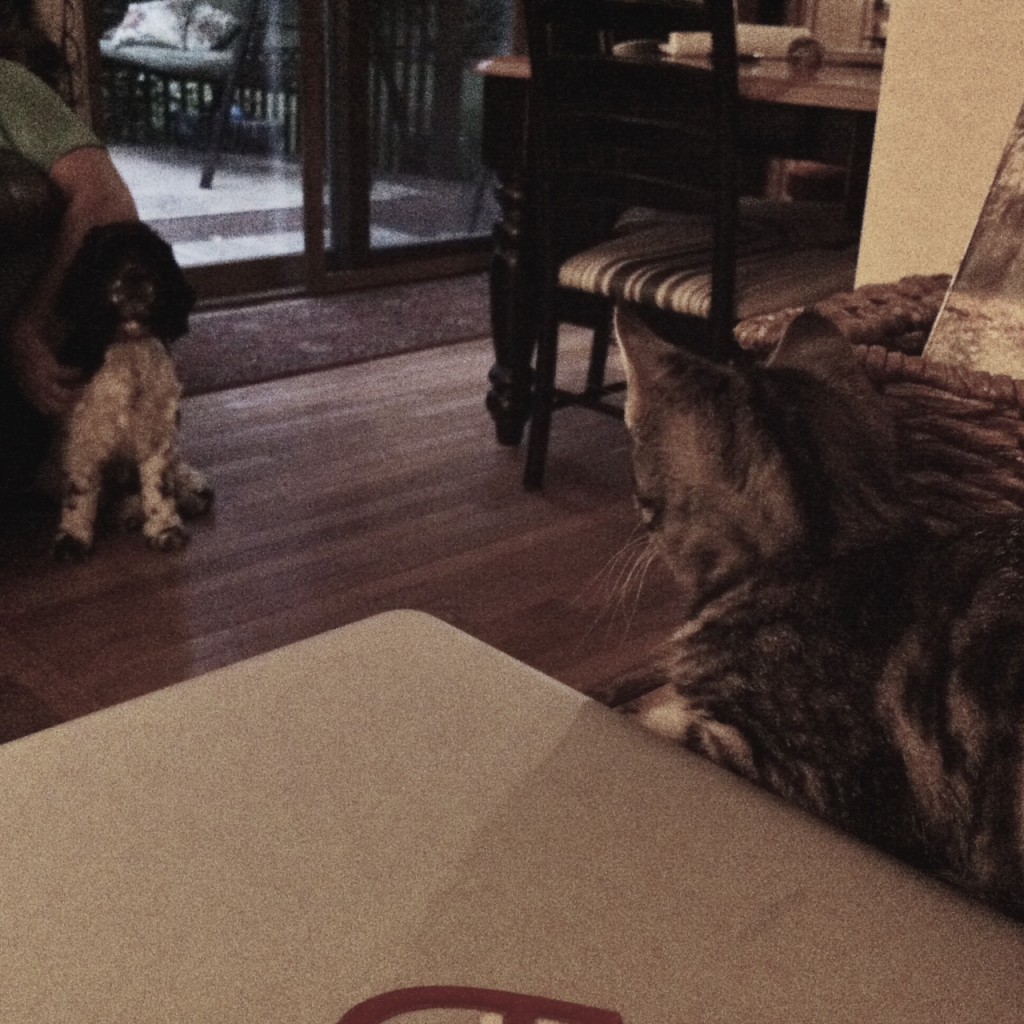 Patiently waiting for friendship to emerge. 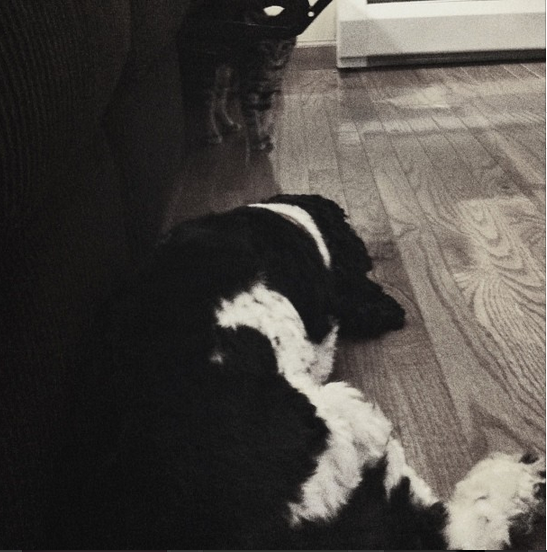 Promises to be soo good. 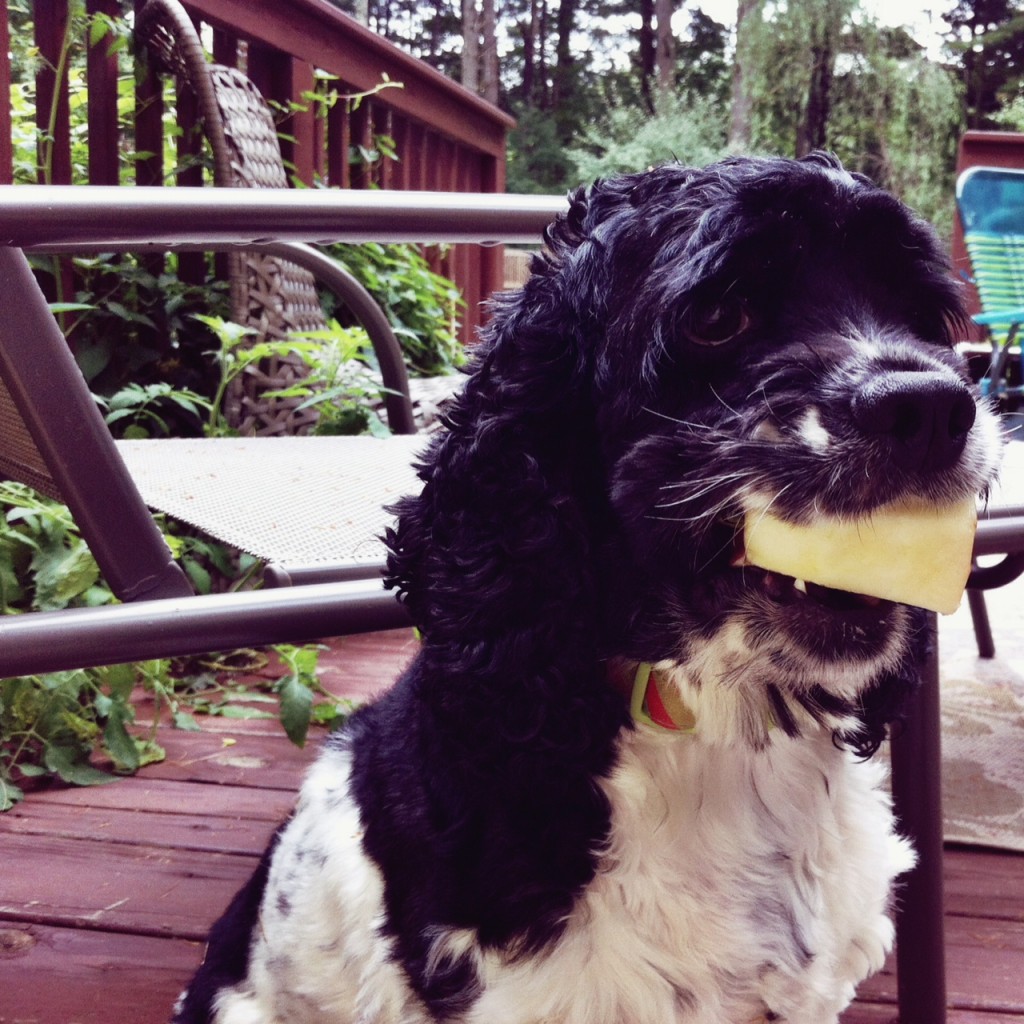 They scooped the litter, filled the bowls, played referee between the kitten and Beso, and called out name after name: Tupelo? Sally? Sean and I joked about calling her Marsha, her inauspicious beginning involving a bag and a swamp (people are evil, give to the animal rescue places in your area!) There was playing, so much playing. Carriage rides. 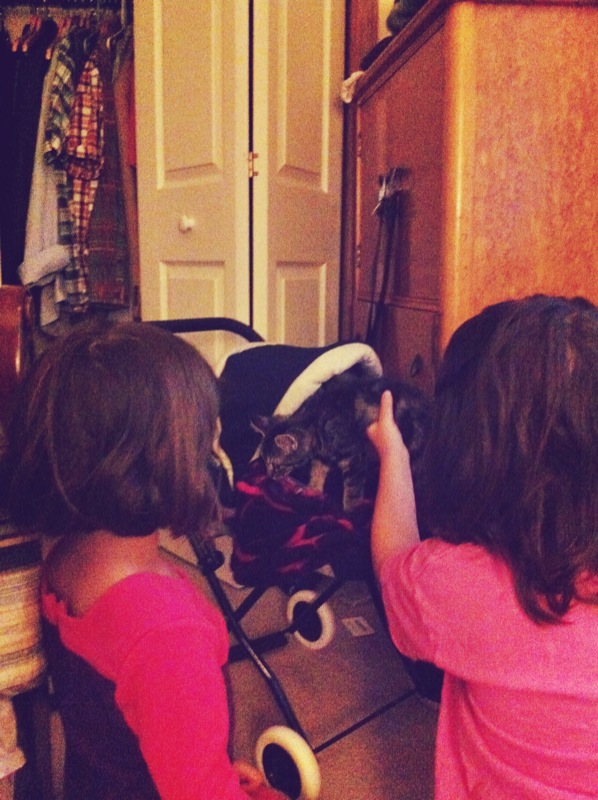 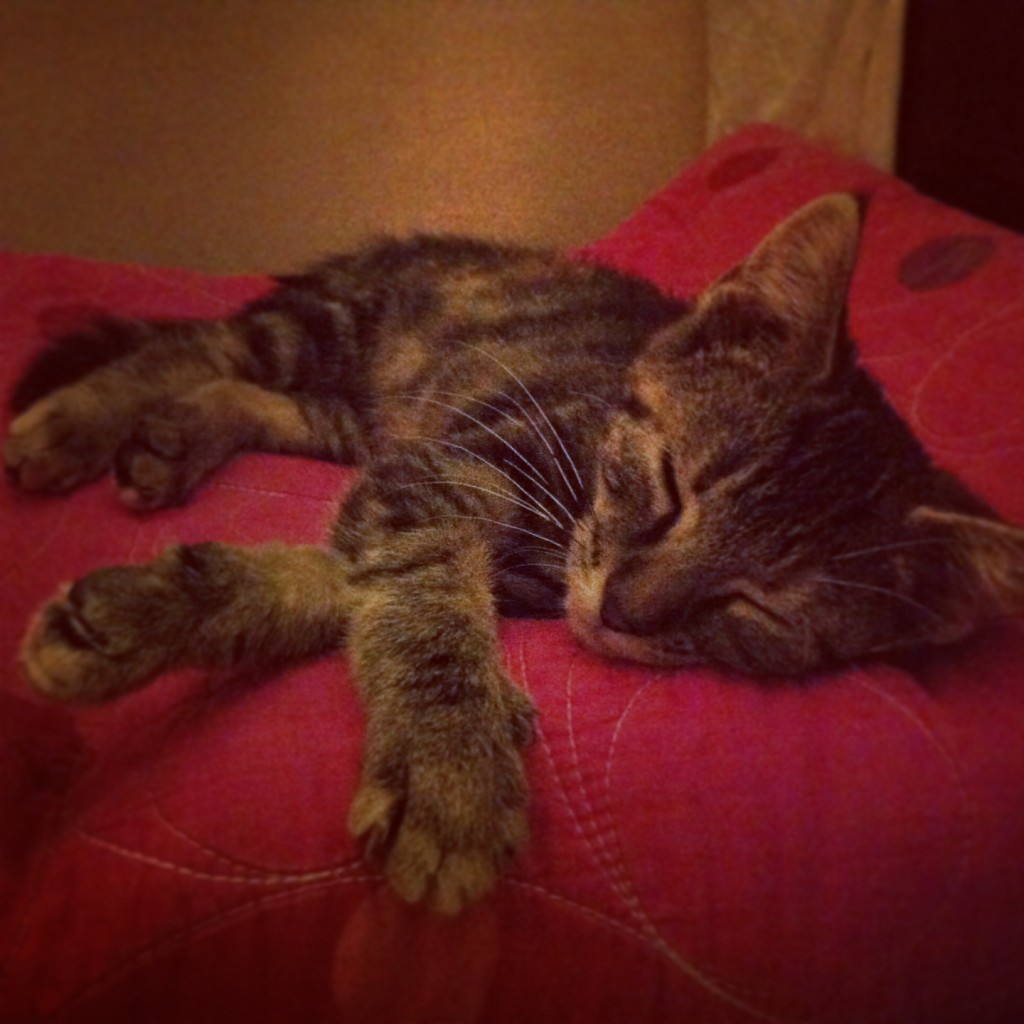 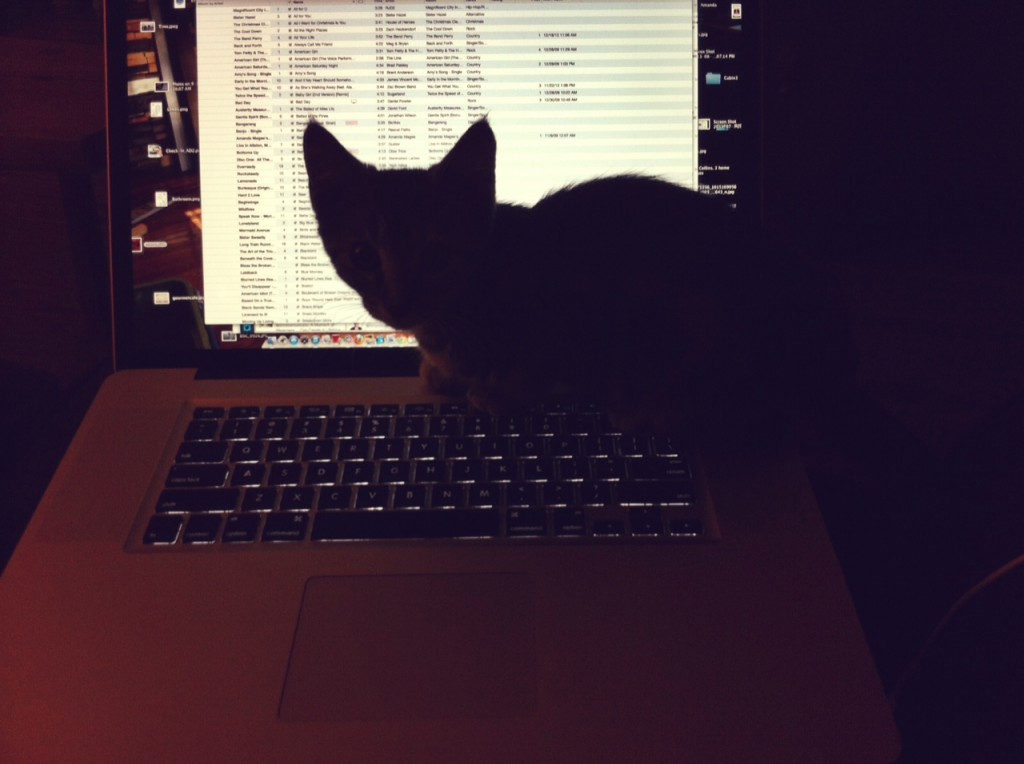 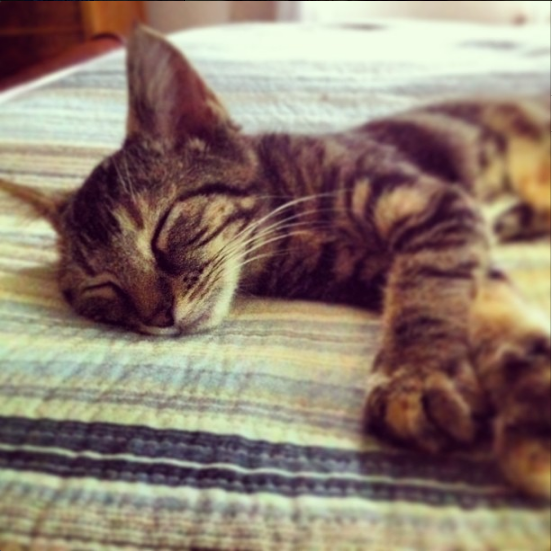 That’s how we got a kitten and I found myself totally smitten.