“Can we wear our Hawaiian dresses?” Avery asked me.

“We’re going to have to wait and see what the weather does,” I explained.

“Or wait, wait, wait, can I wear my Halloween costume? Can I be a Grecian Goddess at the wedding?” Finley gasped.

“Well, I think maybe we should keep your costume for Halloween,” I said.

“But mom they aren’t going to wear dresses and I could help the ceremony have a white gown. Nana even loves my costume.”

Briar chortled in the corner, “Good luck with that, mom.”

The impact of the announcement had been a bit like falling in snow, you knew what was happening, the impact was slight, and yet, it was different, made you move slower and feel a little unsure. Little by little a lightness-of-being enveloped Nana and moved us all, her fear of judgement had been replaced with the joy of spilling a secret. We were swept into the planning of readings, the selection of songs, and then before we knew it, the day had come. The Barbies were readied. 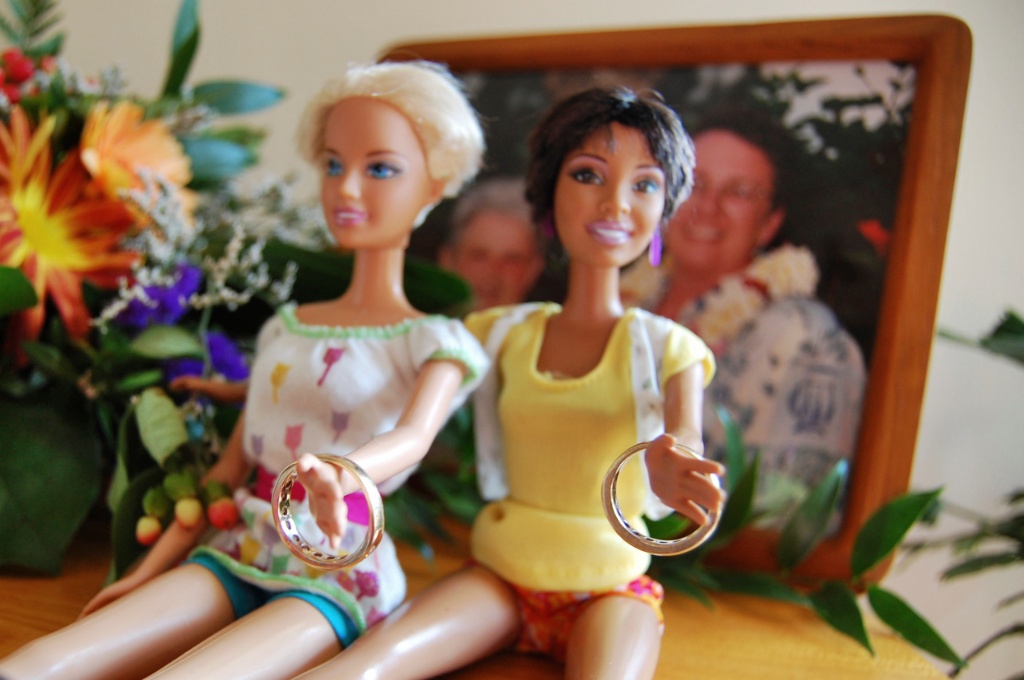 The day broke with October pride, the sky a canopy of blue so bright that talk of holding the ceremony inside was quickly quieted, and the trees crackled like campfire as orange leaves leapt like flames and swirled at our feet. Finley walked in circles, her arms covered in leis, and as she arrived at the feet of each new guest, from a list that had swelled to nearly 50, she said, “Might you like a lei?” Beneath the billowy, white tent there were coos and squeals as cousins, ranging in age from 6 months to 9 years, scampered, scooted, and snuggled. The last several times the family had been together had been for funerals.

The ceremony felt different than other ceremonies, rather than crying, I’ll admit that I held my breath and smiled nervously. It isn’t as if a call was going to peal from the crowd in objection, yet I waited. Their faces hid nothing, Jan stood with her eyes moving from Jeannie to the ground between them as if in disbelief. Each word the justice of the peace said seemed to peel back more pain, revealing a smile I’d never seen before. She genuinely twinkled. Jeannie beamed, when she’s really happy she’ll shrug her shoulders, giggle, kick a leg up and say, “That’s so cool.” I really thought she might say it.

Their happiness was infectious and they had planned the ceremony in such a way, that after so many years of secrecy, this day was shared by their entire family. Briar sang, Avery read, and then Finley passed around a silk pouch for the ring warming. 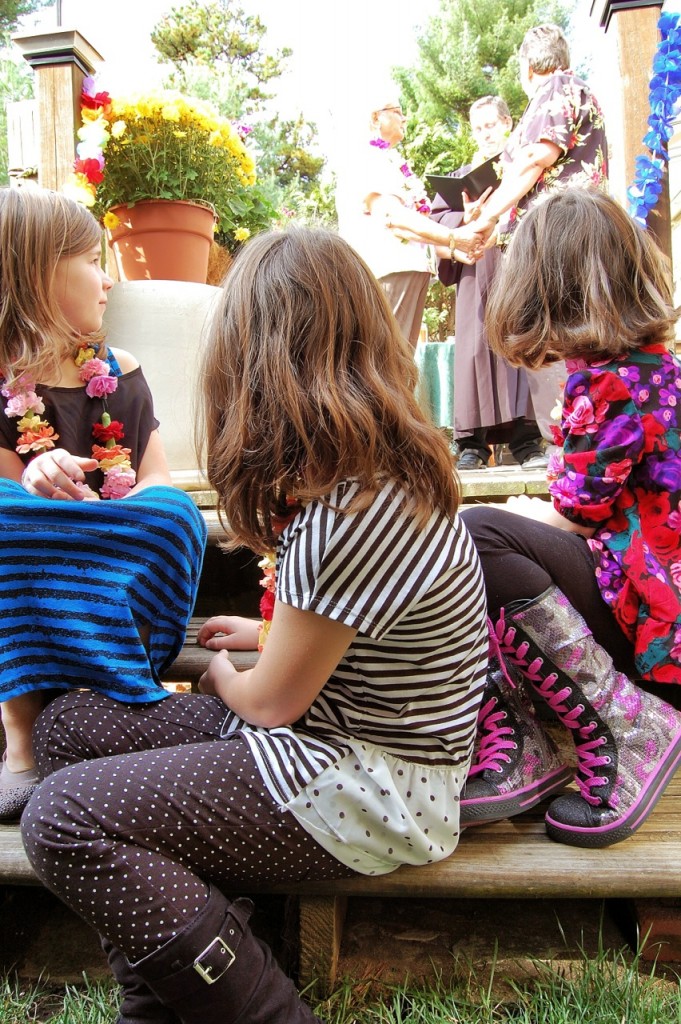 The minister spoke beautifully about a relationship built on decades of friendship and they squeezed one another’s hands. “Jeannie told me when the state declared it legal for her to marry, she did not want to rush. She said that she wanted Jan to know that their friendship meant more. Jeannie had not wanted to leap after the legalization of gay marriage, only to have it torn away and declared invalid. Their love was too important for that. And so here we are now.”

We were all quiet. A soft breeze moved through the yard, their hawaiian shirts fluttered gently, and the sounds of a neighborhood on a sunny day peppered their way in—a plane in the distance, a dog’s bark, a child’s laughter, and then, finally, our cheers and their soul-deep, this-is-so-cool giggles. 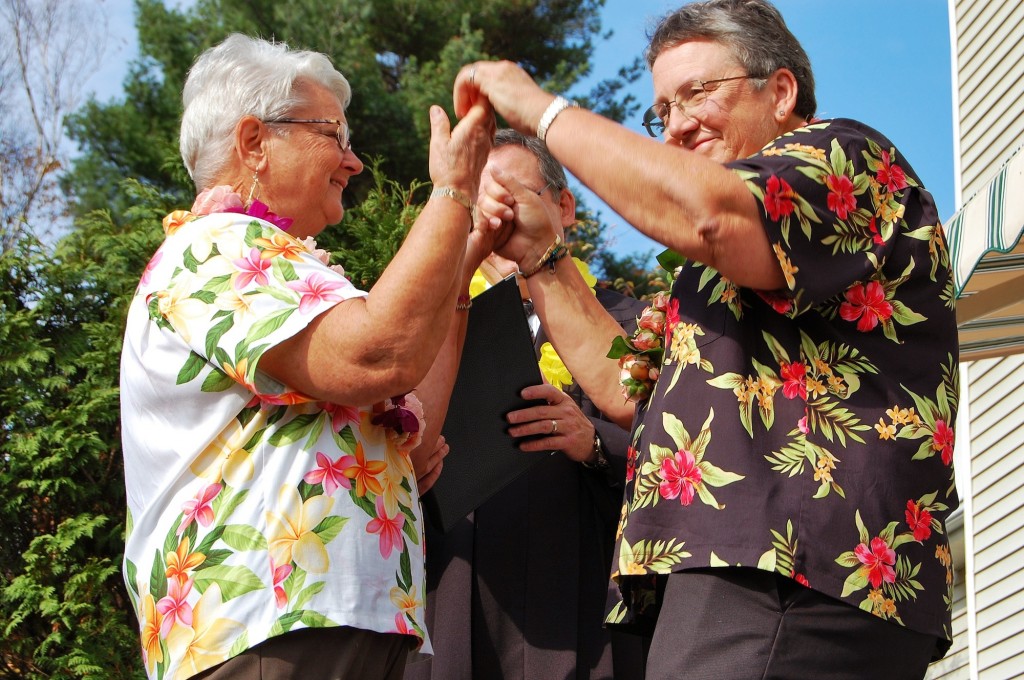