This week was intended to be a break. Getting away from work, home, school, everything but each other. We are not amusement park people, we are not, “We’ll take the works package.” I’m not sure why I pressed for it, what happened to make me say, “Let’s do the Orlando thing,” but I did. And we are.

We promised one another that we’d roll with whatever happened—lines, crankiness, anything. We hadn’t expected bomb scares/suspicious luggage delays or tornado warnings and biblical deluges, but lo, they passed. I let a few snarky comments fly, but other than that, it just didn’t matter.

Until last night. I’d been in my happy, little bubble when I opened my laptop and Sean asked, “Have they announced a verdict?” My mind instantly went to my twitter account, a place where I have incrementally started following more people who intimidate me. I am not incredibly well-versed in politics. I am not unflappable in my articulation of my beliefs. I do worry that by declaring things about choice, race, rape, immigration, LGBTQ I will piss the wrong person off or will end up in a tangle of words with someone more articulate and well-read than I am. I’m not proud of that, but it does influence what I say. Or it has.

For me it was Rehtaeh Parsons that changed it for me. I don’t know what would have happened if social media and smart phones had been around when I was raped. Would the people who doubted me have spread rumors about me like wildfire? Would people have tried to portray me in some twisted light to chip away at my credibility? Last night touched that same nerve.

I am anti-guns, but that isn’t my issue with so many of these cases. Sure, we have a huge problem in this country with guns and overkill. Why the defense of the right to bear arms is stronger than the right to insist on better enforcement is beyond me. I don’t think our issue is guns so much as it is the fundamental lack of respect for life. Last night’s verdict was not about a gun or a police officer, to me it’s the perpetuation of a nationally accepted disregard for black lives.

Here I am in Orlando deciding between a Minions ride and a CaraouSeussal and there is a line being drawn. My FB wall is peppered with people defending law enforcement, people attacking demonstrators, people declaring people aren’t willing to talk about racism, and people posting about their French Onion Soup arriving cold. A part of me really wants to post the pictures of my girls sitting together in a swirling couch going through the Thing 1 and Thing 2 story or share how Sean was able to turn an entire Dr. Seuss flying ride into a monologue of double entendres, but it feels wrong.

Standing at the window as we waited for the Escape From Gringotts I was struck by how easy it is for some of us to have different frames—this is relevant right now, I am aware of this right now, I’m going to go ahead and ignore this right now because I can’t quite figure out how to deal. The thing is, just because we put ourselves on one side of a window doesn’t mean that it goes away for everyone else too. Yes, I get to go on vacation in Florida, but life still goes on in the rest of the world. Or life ends, or life changes forever.

It’s time to speak up, it’s always been time, but right now we can make a choice and there are a whole hell of a lot of people hurting on the other side of the window. 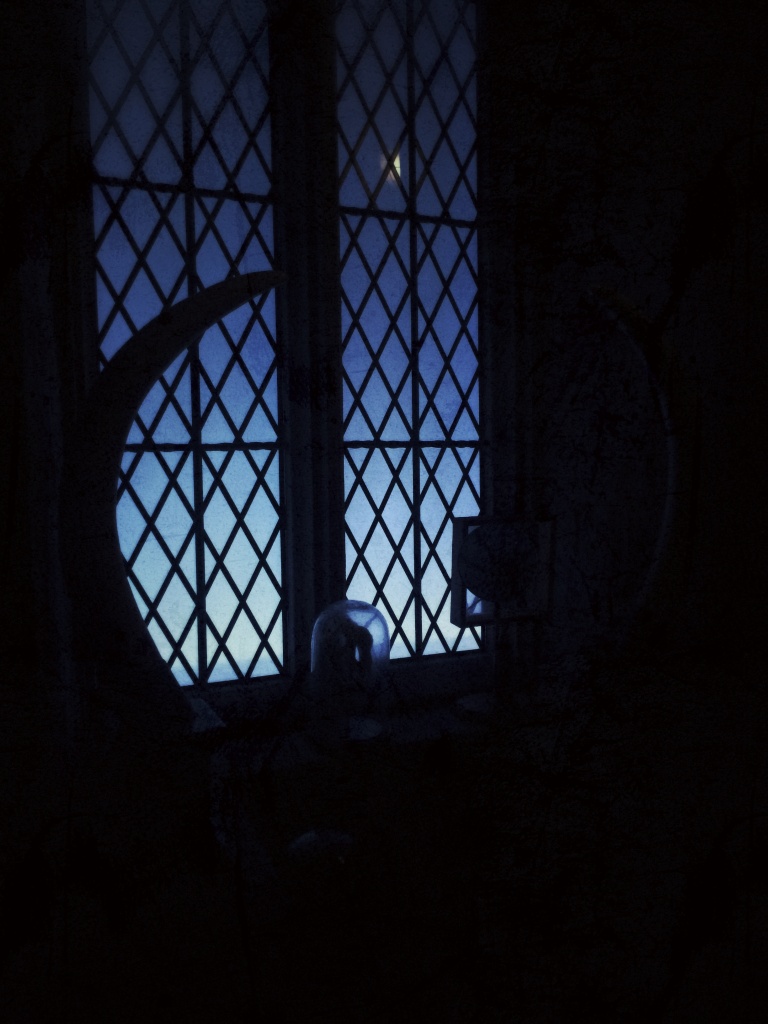