Briar sang at a hockey game tonight. She’s right there in the first photo, front and center. This is my first-born, the one who froze at a photo shoot she’d wanted to be in, backed out of a lacrosse clinic she’d agreed to do, and who has lost her ability to speak in public settings at times.

“You going to be ok?” I asked as I lead her toward the music teacher and chorus kids waiting in the corridor.

I got back to Sean and he said, “Did you tell her the place was going to have 5,ooo people in it? It’s standing room only.”

I needn’t have worried. 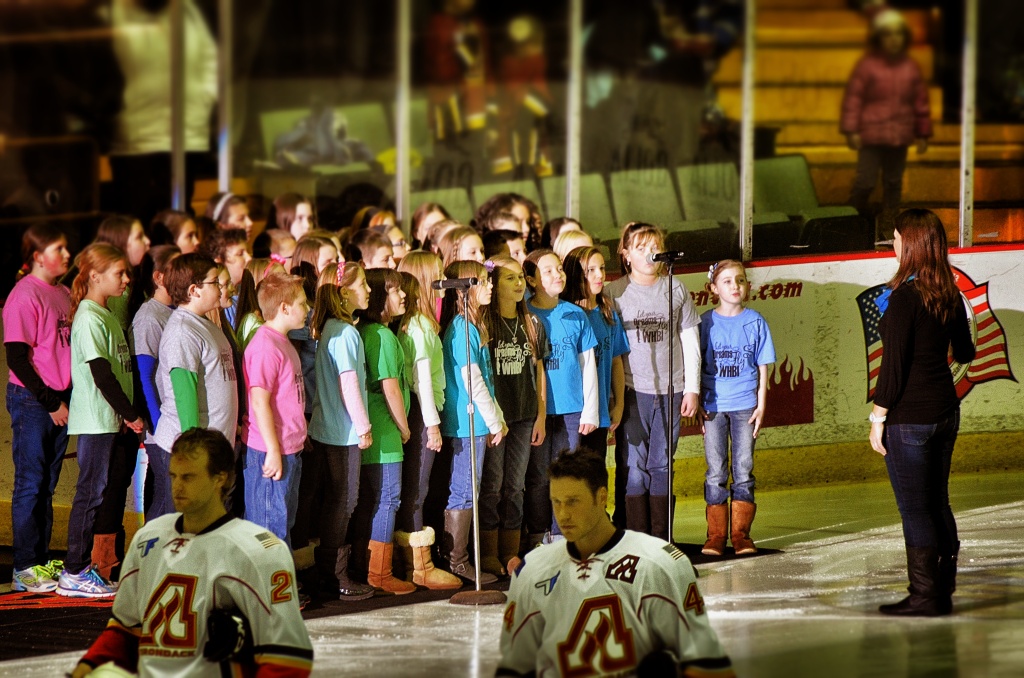 Avery and Finley were at the game to support Briar, but also because their karate studio was having a game night. We arrived early enough on account of Briar’s performance that all three girls received jerseys. The backs of the jerseys were emblazoned with a logo that we had done for the hospital. It blew their minds. My own mind was similarly blown as they donned the jerseys and proceeded to cheer, chant, and posture like the best of ’em. 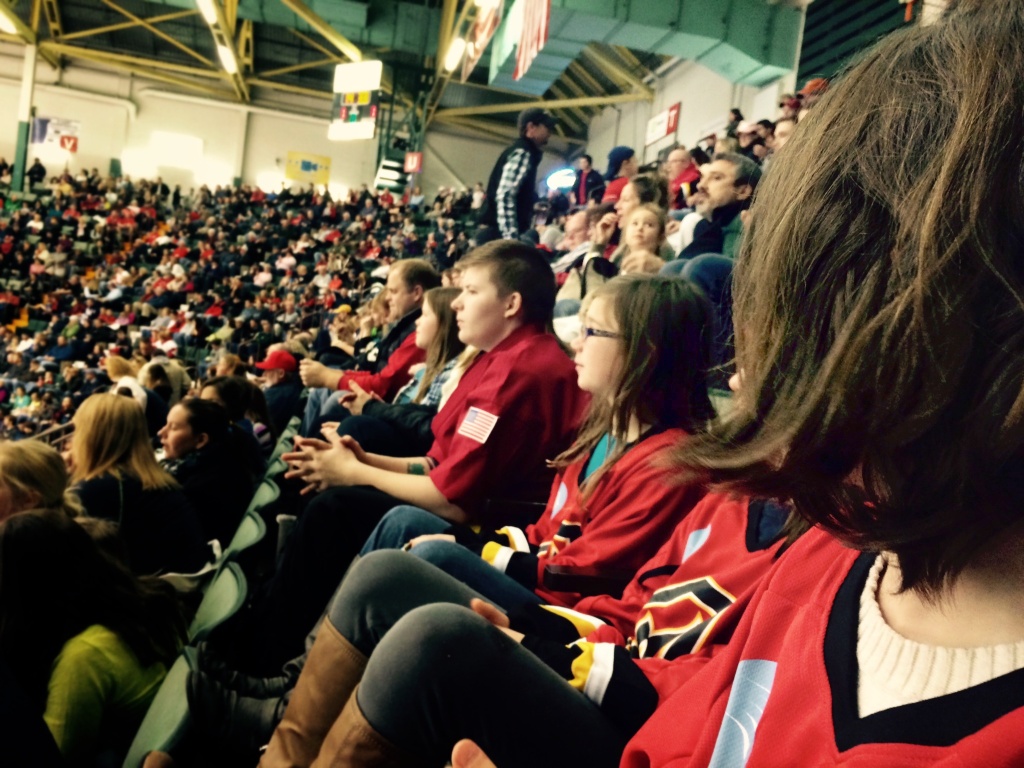 Capping it all off, we bumped into the Tramp staff, who were in fine spirits. I passed out obligatory Thanksgiving hugs which were more sincere than I expected. Over the past few months our crew has bonded as we’ve weathered obstacles, soldiered through insane deadlines, and created squirrelly hilarity. We spent some time catching up, paused for a quick photo pop, and then Sean and I made an early exit with the girls. 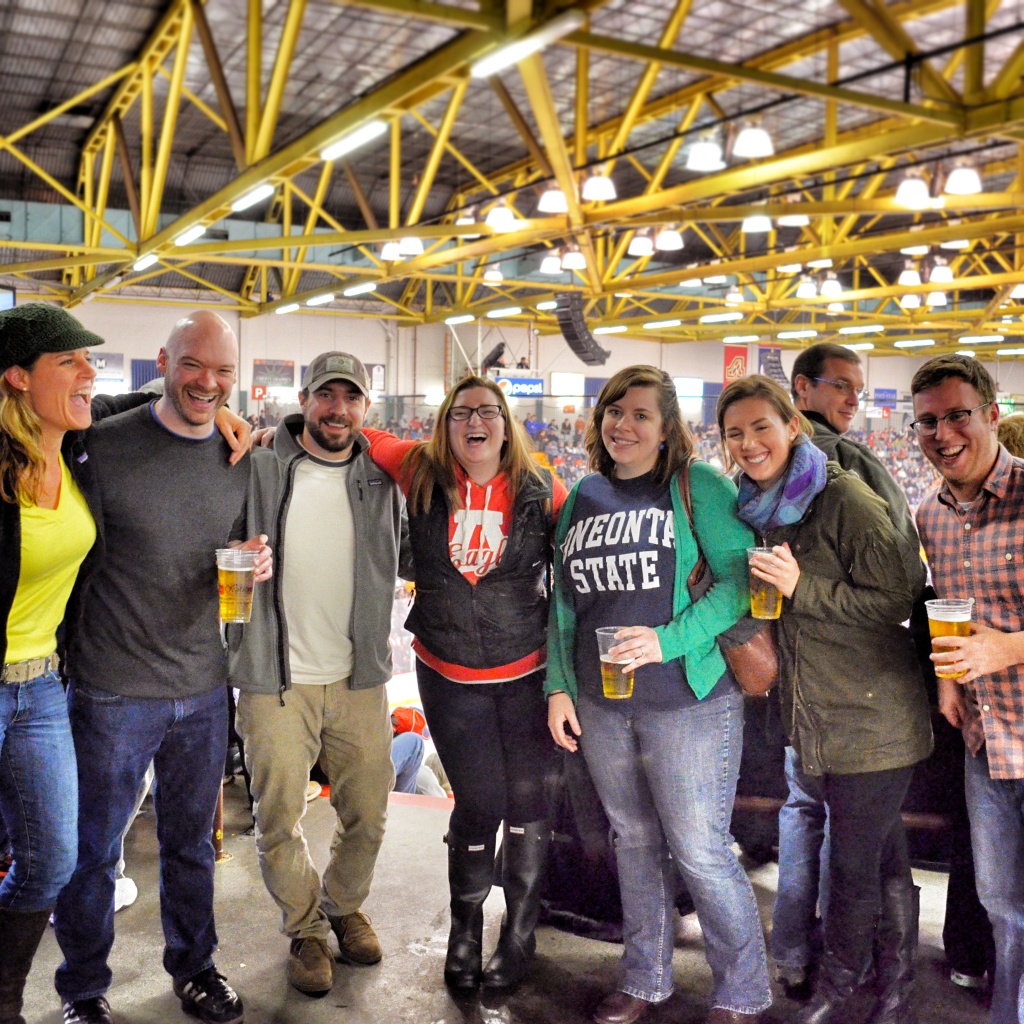 Briar and Avery would have happily stayed through the game, in fact on our way out we passed a girl from their summer lacrosse program who is a couple of years older than Briar. This girl appeared unchaperoned and both girls were awestruck, but gave me no trouble. I was surprised by how ok I was. These milestones we face, they threaten to double us over, but every once in a while the glimmers of the magic they’ll have break through and quell our terror. Tonight I had Fin in my arms and knew that it wouldn’t be long before she wouldn’t want to clamber up in my lap. That will be ok. Tonight, she is still in my arms and the big girls are still holding my hand, though the pull to hang out without me grows stronger in them each day.

It is as it should be. I cherish this time and these girls while I have it. That is enough.