Saturday we took the girls to a day-long concert. I imagined that it would be an amazing, magical experience, and it was. The only thing is that the magic I’d been chasing didn’t happen until the absolute end of the day. The girls were over the moon at the prospect of seeing Sawyer Fredericks. Sean and I assumed he’d kick off the concert, not close it out.

It was a warm day and while I’d prepared us with granola bars and cash, there was so very much for which I had not. The volume, the smoking, the exhibitionists, the rule-breaking by others that I told the girls still wasn’t ok for them to do. Mostly they got it and soaked in all the good. 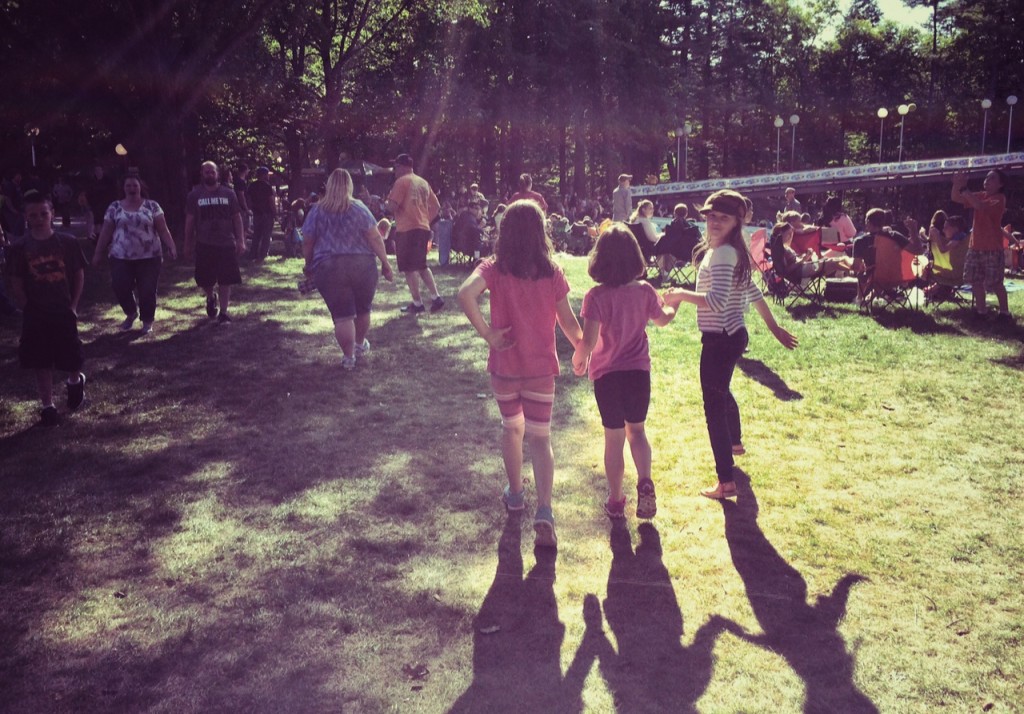 The thing is that the span between 2 and 8:30 is a long time. Finley and I played tic tac toe through the All Time Low set, we ran races during B.O.B. I held Fin up and danced with Briar and tweeted effusively during the wondrous Echosmith set.

Lovely ushers, most of a grandmotherly age, offered us ear plugs, which I accepted eagerly and wore unapologetically. There were moments of sniping, largely born from how hard it was to hear anything and the general fatigue that set in at about hour 5.

I allowed myself a few moments of fretting.

This isn’t what I thought.

Did I do the wrong thing to bring us all here?

Spending all of this money?

I stopped myself. The girls have loved The Voice, they sing non-stop, Sawyer Fredericks is a sweet, local kid. This was a good thing, but in this fast-paced, sharing stories life, I sometimes forget that it’s the blanket of a night’s sleep or a week’s time that takes away the pin prick of sweat in armpits and the temper flares that happen in real-time. The entire body of memories that I have are worn with forgiveness, like sea glass in surf. They become a montage of the good, peppered with inconsequential wisps of the hard.

I’m not sure what possessed me to think that the girls expect a photoshopped reality, that their vision of me is a Pinterest album. They see me in the morning, bags under my eyes, or at night, snapping in frustration, or in the harried moments in the afternoon when I hiss about the impossibility of it all.

This morning we were all slow to wake. I dashed out to the store to to get ahead of the week. The pancakes I’d promised them came closer to lunch than breakfast. Later, when they blazed into the kitchen and asked for snacks, I shooed them back outside and said that I’d bring them something.

I’d been chopping vegetables and cleaning out the crime-scene looking crisper. I looked around drawing a complete blank of what to give them. I shrugged, grabbed two muffin tins and began filling the spaces with snacks. It felt crafty, but as soon as I thought that I imagined pinterest and its sea of snacks that were craftier, prettier, and more inspired than mine.

Amanda Magee, what the hell is wrong with you? The girls don’t expect hand crafted fans and vegetable flowers, just make them a damn snack. 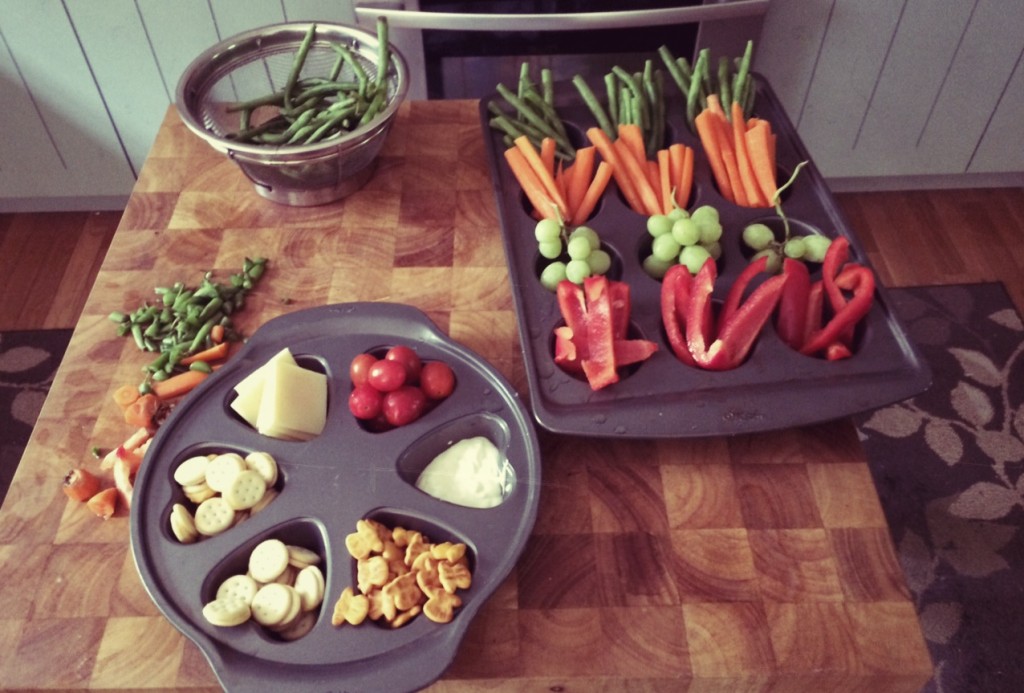 I smiled at the spread and thought about it in a new way. The memory of last night already softening, my memory far more about the piercing screams that Ave gave between each Sawyer song. I remembered Briar taking video of the performance, her mouth set in a determined line and her lips murmuring, “We are really seeing Sawyer. The Sawyer Fredericks is here. Go Sawyer!” I remembered how Finley felt in my arms during his third song.

“You made it, sweets. You going to let him sing you to sleep?” I asked. She smiled, nodded, and off she went. 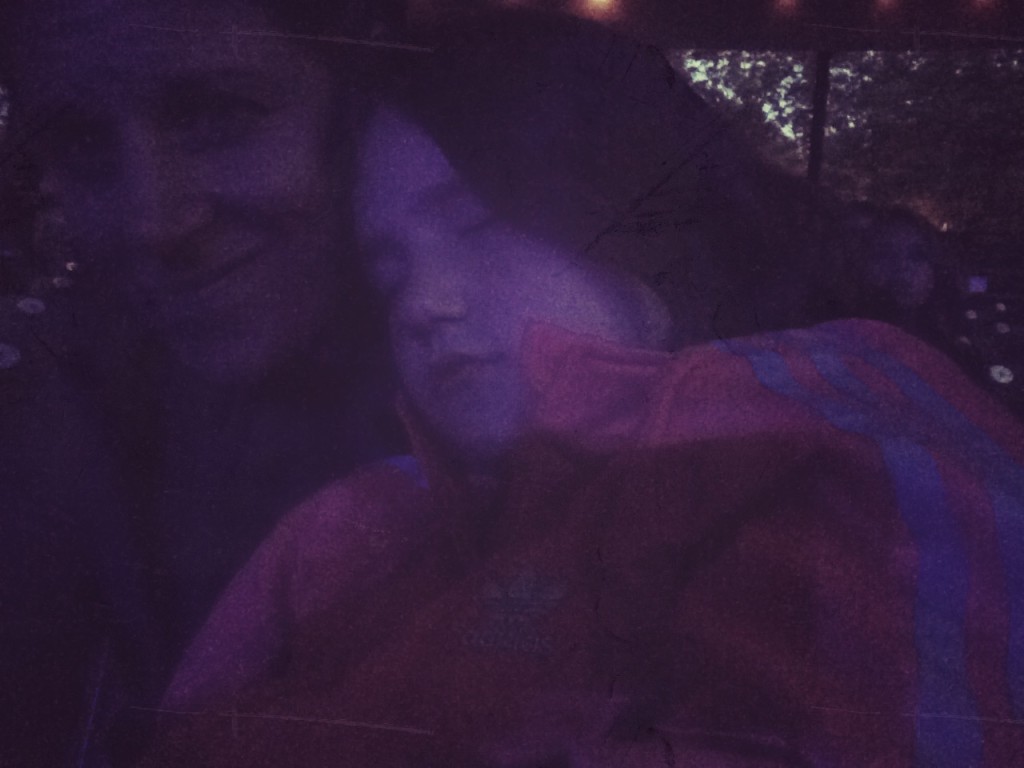 Sawyer sang an original song called, “Silent World” after Finley fell asleep. It was a startlingly bold song, biting in condemnation of people living closed off to the realities of our world. A few of the lyrics jumped out at me

It’s a silent world for those who don’t listen.

They don’t shed a tear if their eyes never open.

Sitting in a chilly auditorium with mosquitoes buzzing around, tired kids all around me, I realized that perfect isn’t perfect. Maybe it isn’t even a thing, but if it does exist, maybe it’s a gauge that allows us to recalibrate, judging less, feeling more, and giving ourselves to a different picture than we thought we needed.

That sounds kind of nice, doesn’t it?