Lately we’ve been playing more in the backyard. Sean will toss a lacrosse ball with the big girls while I kick a supermarket bouncy ball with Fin. Inevitably our lines will cross and Sean will kick the ball as I field a lacrosse ball. The girls giggle and cheer as we zig and zag.

Most of the time it ends up being Sean alone with either Avery or Briar. The other night it was B who stayed out with Sean. I was about to go in, but as the littler girls darted by, I decided to stay for minute.

Sean called to her to pass the ball. She wound up and grunted as she tried to throw the football.

Back and forth they went.

“Dad, why don’t they make a different football for girls? The lacrosse sticks are different. Softballs are different than baseballs. It’s weird, why do that, make certain things about boy vs girl and others not.”

I watched him consider her question, the reality of the differences between how boys and girls are treated, marketed to, and the expectations and stereotypes they each endure was dawning on parent and child, each at different paces and for different reasons.

She lifted her foot and launched herself forward as she loosed a perfect spiral from her tiny hand. 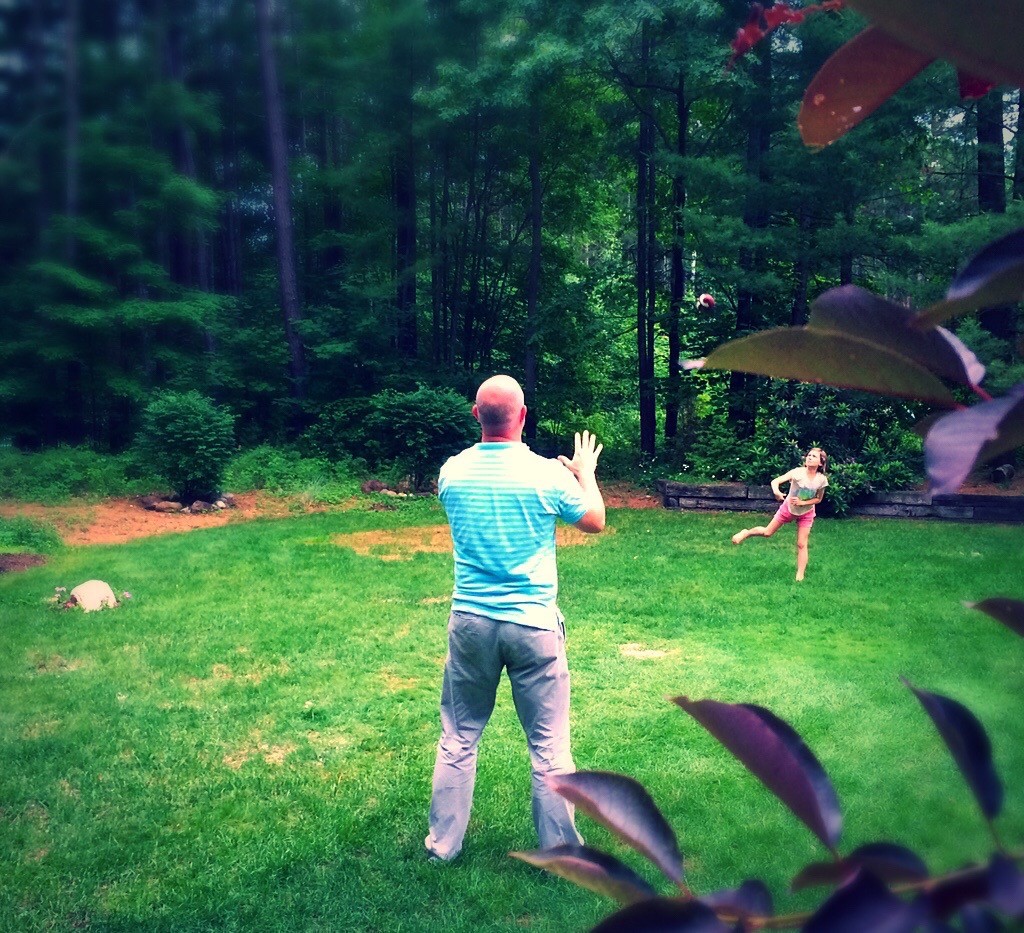 “All I know is you have to speak up and you have to try. Nothing can happen if you are silent or if you give up, or if you never even start,” he said as he caught and returned the ball.

When it comes down to it, that answer applies to most things, regardless of gender or age.