On Tuesday September 4th, 1984 I was 11 years old. My babysitter Allison Dodge took me to a rally in downtown Eugene to see Geraldine Ferraro. I had grown up in a family deeply invested in social justice, with my grandparents campaigning, contributing, and passionately advocating for everything from women’s rights to the plight of farm workers to student activism. I remember my mom hissing at a broadcast of an interview with Phyllis Schlafly. Ultimately, it wasn’t so much the issues that I was being taught, as it was the idea that we have the privilege and duty to use our voices and our hearts to make the world a better place. Every time we don’t act or speak up, we are not carrying our weight. 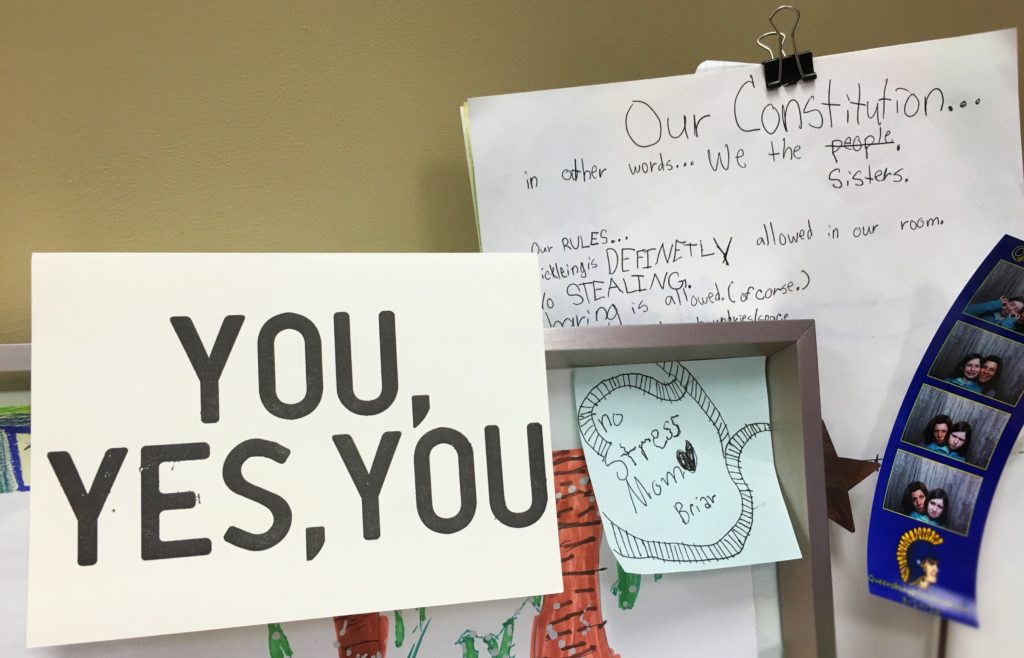 As an adult I understand more keenly that our visions for “a better world” will vary greatly. I knew it as we prepared our daughters for the reality that not all of their classmates would be supportive of a gay marriage. I’ve known it as I have chosen to have children and a career. I’ve known it as I advocate for more truth-telling in the divide between white and black America. I’ve also known it as someone who believes that there is such a thing as rape culture.

I remember asking my grandfather a question about choice. I was confused about the pro-choice vs pro-life language. He explained very evenly that those of us who believe in a woman’s right to choice place the emphasis on the word choice and that the people who use the term pro-life do so because their emphasis is on the unborn life. He was gentle as he said, “I am not anti-life, just as I don’t truly believe that others are anti-choice.” It has helped me through the years to not be vicious. I think politics, faith, and the spectrum of morality have become exceedingly vicious in our country.

I don’t hold any side less culpable in the hate, we all carry that weight. I cannot control how others behave, but I can speak up. I have held my ground in twitter battles as I have been called hideous names. I do not name call. I have apologized when I have been wrong. The girls are listening and learning, moving from very simplistic Republican vs Democrat viewpoints to learning more about issues and the grayness that exists in the spaces between parties, beliefs, and individuals. They are exploring, sometimes with more candor than I might have. They are refreshingly unweighted by fear of some sort of later-date retribution, which brings a much-needed honesty to the surface. That being said, I still warn them about what their opinions and actions can mean, as well as the fact that speaking up isn’t the same for everyone—there are differences between men and women, black people and white people, young and old, gay, trans, bi, or straight.

I was not an Obama supporter at first, but I came around. My first choice had been Hillary Clinton. I have been grateful for all that the Obama family has done, including paving the way to this election.

Today I will cast my vote for Hillary Clinton.