Deciding Not to Lie About My Past 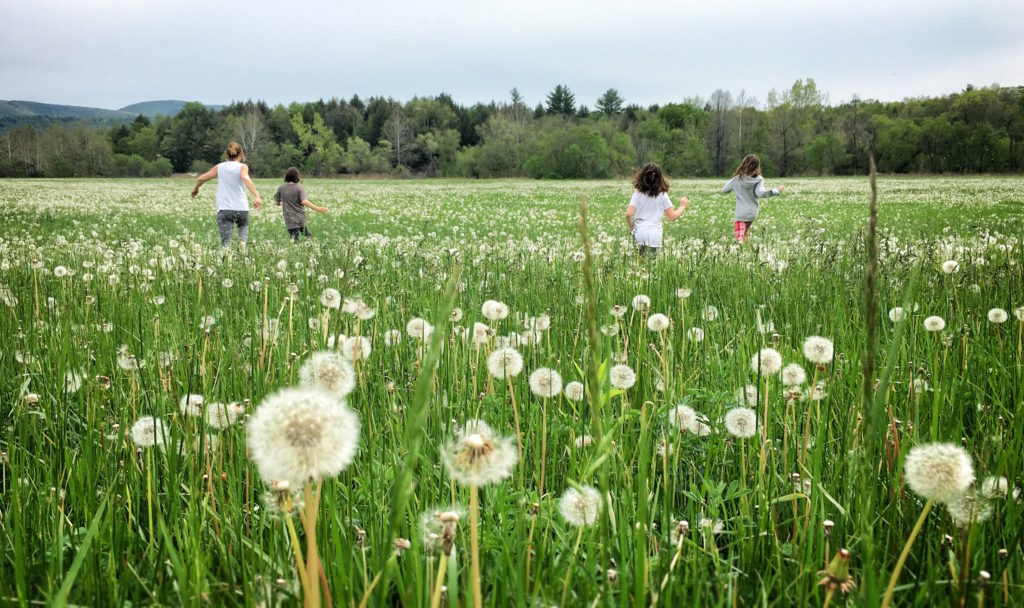 I made a promise to myself, and the girls prompted by the rapid approach of puberty. I vowed to be straightforward about whatever might come, not because I think talking about body changes or not fitting in are easy topics. I realize attempts to sanitize my past contradict my efforts to raise women who can speak for themselves and survive poor decisions. If I were to gloss over the parts of my life that I am ashamed of then there might come a moment when one of my girls would think they were fatally flawed, beyond what the teen years already have in store for them. Ashamed, that’s not even the right word, I just don’t think redacting things, whether they were of my own doing or not, can contribute to helping my girls.

I figured this out last year when my younger sister, Abigail, inadvertently spilled the beans. Finley is fascinated by the idea that I was a kid and a sister. When my sister and I are together she watches us with awe. We were going through old photos at my parent’s house. As we were laughing and grimacing, flinging pictures into discard and keep piles, Abigail said, “Ooh, look at Manda with a cigarette.” I gasped, Finley’s eyes got big. We were all smokers in my family, but I hadn’t ever felt ready to say that I had been one. The moment seemed to last forever.

Ab had every reason to believe I’d told the girls, what better way to drive home the don’t smoke message than to say that I did and that quitting was the best decision of my life. Only I hadn’t.

I have no plans to sit all three girls down at the table and tell them the story of my teenage and college years. Deciding not to lie means as it is age or situationally appropriate, I will answer honestly. They have asked me what to do about other kids in their schools being ready to do things that they aren’t – for instance, dating.

“None of you are going to be exactly like me or perfectly in step with your sisters. We go at the pace that we go. Anyone who tries to rush you or force you to do something that you don’t want to do isn’t a friend.”

I answered without hesitation, “Yes. Here’s the thing: every day we get to make decisions, and so do other people. Sometimes people will make a decision about what they think about us, which we really can’t change. What someone thinks of you isn’t what or who you are. You are in charge of that.”

Already it’s transformed how I manage this time we’re in, with Briar 4 months away from 12, Ave 10, and Finley (unbelievably) 8. We’ve talked about eating disorders and the fact that I used to do things to hurt my body because I believed that I needed to be a thinner version of myself, that who/what/how I was wasn’t good enough. We’ve talked about how there may be years when their dearest friends will be a book, each other, and our dog. We’ve talked about marriage equality, alcohol and drugs, the idea of moderation and risk. We have not talked about rape yet, but I know that we will.

Looking back at the picture of myself with a cigarette in one hand did more than embarrass me; it opened my eyes. I can conjure up the veil of adultness I felt pausing to shake a Camel Light out of the box. Turning the dial on the radio to my favorite station and feeling flutters of excitement. I had what I believed was solid reasoning for doing what I did. These flashes of then give me compassion and insight to what my daughters are moving toward. I can be the parent while also acknowledging that I was not perfect. Am not perfect.

“I hope you won’t smoke, but yes, I did.” They watch me, “Quitting was hard.” Every once in a while Fin will murmur, “I’m glad you haven’t smoked since I’ve known you.” I always say, “Me too,” and try to stifle my shudder.

We talk about courage and the fact that having it does not mean that you don’t feel afraid. We talk about not always feeling happy, but not knowing why. They’ve asked me about giving up and I’ve felt a reflex to tell them to never give up, but that’s not fair. Everyone should have the option to give up, but they should also know about regret and its weight.

“You can always choose to give up, but maybe reserve the option to try again. Like I did with skiing. I hated it and swore I would never do it again.”

“Like which word did you swear? Was it the s one?” Avery asked.

I laughed. “No, I promised that I wouldn’t do it again.” She nodded. “Then your dad asked me to try it again. I wanted to say no, but I didn’t and now—“

“You love it!” they yelled.

It feels good to know that I don’t have to manage an ongoing editing process. The thing it doesn’t fix is the stories that I have that demonstrate life isn’t fair and we can make the best decisions and still not be safe. I’ll be honest about that too, because I don’t want to protect them from life, I want to prepare them to live.