Between Brock and a Hard Place 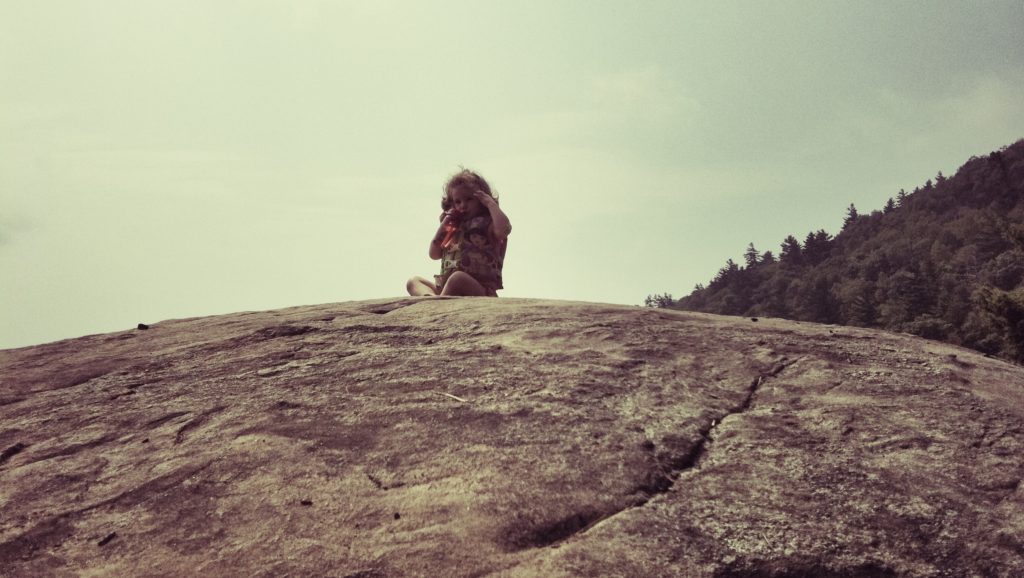 The other day I posted a photo of Briar and Finley on Instagram hugging it out, but what you didn’t see was the crumpled face of  Finley in tears of regret and the jutting chin of indignation and righteousness on Briar. Their emotions were justified, but absolutely counter to everything I want for my family. I did not give Fin a pass for being mean, I did not deny Briar her resentment. We all suffered through it and emerged on the other side.

One of the hardest things about parenting (I reserve the right to change my answer down the road because I know experiences change our views) is watching my kids suffer for the consequences of their actions. I do not believe that my job is to soften every edge, though I desperately wish gentle lives for my girls. I need them to know that when they do something wrong they will be held accountable, unfortunately I also have to tell them that people won’t always be held accountable—kind of leaves a gaping hole of, “Wait a minute, how come…?”

My responsibility is to cultivate a self-awareness and code of ethics that will steer the girls to make the right decision when no one is watching, to own up to the times when they do not, and mostly, to acknowledge each day how the choices they make influence their happiness, well-being, and impact on the world. Because they are female I also have to include how their actions impact their safety. Women do not get to assume a base level of safety, for us there will always be exceptions and fine print.

I need to address what has happened at Stanford. Let me say that I don’t want to be the woman who harps on rape. I don’t seek to be the angry feminist or the ranty past-prime woman.

The question to the man rarely seems to be about what he did, what he wore, who he was with, or who witnessed any moment of consent.

The men say, “I can’t remember if she said yes, but she never said no.”

I am off track from the grooves worn in the path by:

I’ll go back to the facts of parenting and code of ethics. I am raising my daughters to know that I will call bullshit so fast on excuses that avoid responsibility they’ll get dizzy. They know it when they’ve screwed up; it’s something we have developed together over time, a mutual understanding. It isn’t so perfect that it keeps them from wrongdoing, but they do understand when they have made a mistake in judgement.

We practice “if this, then that,” but explaining why you can’t walk into a house that isn’t yours, you cannot use things that aren’t yours without asking, and you have to think about how what you do makes someone feel when it does not seem to apply to America, and in particular America’s justice system or higher education realm is tough. These are places where the enormous burden of not just proof, but of character, moral fiber, and documentable intentions and behavior seem to fall squarely on the shoulders of women.

Stanford. It’s a school where my grandfather worked, it is the stage for commencement address by Steve Jobs that Briar has been quoting, and it stands as one of the top schools in the nation. A while back a rape occurred, it was perpetrated by a student at Stanford, a standout swimmer they said.

The thing about rape is that it feels like it happened another lifetime ago and yet, certain stories, smells, and qualities of light can take me right back. I can feel the way the bench seat dug into my back as my knees banged against the glove box and his knees rested on my shoulders. I remember gagging, choking, crying.

It’s not pleasant, I know, and I am sorry. I am also sorry for Mr. Turner, father of Brock Turner, who was convicted of raping an unconscious woman behind a dumpster. Mr. Turner is pained by Brock’s loss of appetite and general listlessness over what was but “20 minutes of action.” He is respectfully distressed about what these 20 minutes will mean over the course of a lifetime to his son, “…incarceration is not the appropriate punishment for Brock.” He goes on to talk about the lack of criminal history and the potential he had for life.

I might’ve said the same thing about myself after my rape. I struggled to eat too, but it wasn’t guilt, it was the gag reflex, a memory from the time, maybe less than 20 minutes, that my rapist forced himself on me. I was conscious, I was able to recount my story, I did not get to press charges. The brave woman at Stanford who has spoken up about what she’s going through wasn’t conscious for the rape, but like so many women, she has her eyes wide open and the public watching as she endures the second assault.

The deliberate, sober process of Judge Aaron Persky determining that her past (those twenty minutes of the attack, which actually have long lasting aftershocks, so a ‘respectful’ fuck you to Brock’s dad) are somehow less important than the future of the accused rapist.

The suggestion that the burden of registering as a sex offender and losing the swim team are punishment in and of themselves completely ignores what Brock’s actions created.

The photo being circulated is of the convicted rapist in a blazer and tie smiling at the camera. All that we know about the woman is from how she has been written about: having been loaded and then later having written a brave letter. Does she have to be well-spoken to be worthy of our trust? Does she have to check enough boxes to be at the level of this fair-faced, strawberry-haired athlete?

Is there a level of brutality that would have changed the judge’s mind?

Is there an age limit?

I wonder if there are any circumstances under which Brock’s dad would be able to look at him and say, “Well son, I still love you, but you did this and we’ve just got to see you through the consequences of it and then start again. I believe in you. I know you won’t do it again, but you did it, so you have to pay the price.”

I was at a work event one night and our sitter called to say that one of our girls had spit in her sister’s face at the dinner table.

I was speechless but managed to sputter, “That sounds right. I’m sorry. I am in shock.”

We laughed about it later, but there was also incredulity and a bit of shame. How could that have happened? No, it isn’t rape, but it is something my kid did and we talked about it. I need her not to think spitting in faces is an option to conflict. Brock and other men need to know that penetration isn’t an option with a prone body.

Would Mr. Turner have penetrated a woman behind a dumpster?

I hope not, but honestly it feels like in this country he could do it and society would say, “Well, she shouldn’t have been there.”