Changing the Lens—Close Up at Home to Avoid Political Focus

I can’t remember a time, except maybe the year in college when I was singularly focused on making myself disappear one pound at a time, when I haven’t had fiery opinions about things. My emotions sometimes overstep and I worry about things that aren’t mine to fret over. Over the last few years I have been increasingly vocal about feminism, racism, and honesty in parenting. I haven’t wanted to create a false prop that I direct the girls to model after if it’s something I can’t even get close to myself.

I’ve started talking more about the election, rather than just tweeting during the debates I have been writing posts, sharing articles, and speaking up in day-to-day life. This last week has shifted things. I still very much believe that our country’s greatest hope is in Hillary Clinton becoming President, but the weight of the argument over sexual assault has got me stooped and staggering.

Yesterday I was spurred to Twitter after a friend texted saying that she was on a ledge. She literally needed a hand in the ether to manage the suffocating battering we are taking as survivors of sexual assault and simply as women. The arguments, largely orchestrated by men, over what is or isn’t acceptable, is deafening.

“He was only talking…”

I opened the window and began typing. It started here. No hashtags, no @ signs, just an impassioned plea that we be considered.

Not sisters, daughters, wives, or moms, but the people we are, and the feelings that are being stirred.

The broad statements that are being made that dismiss, diminish, or blanket discredit us.

I doubt it was read by anyone but people who already know my position, but it had to come out. Now that it’s out I need to step back. I need to change my perspective from all women in the world to this one. I need to take care of myself and the things and people who lift me up. 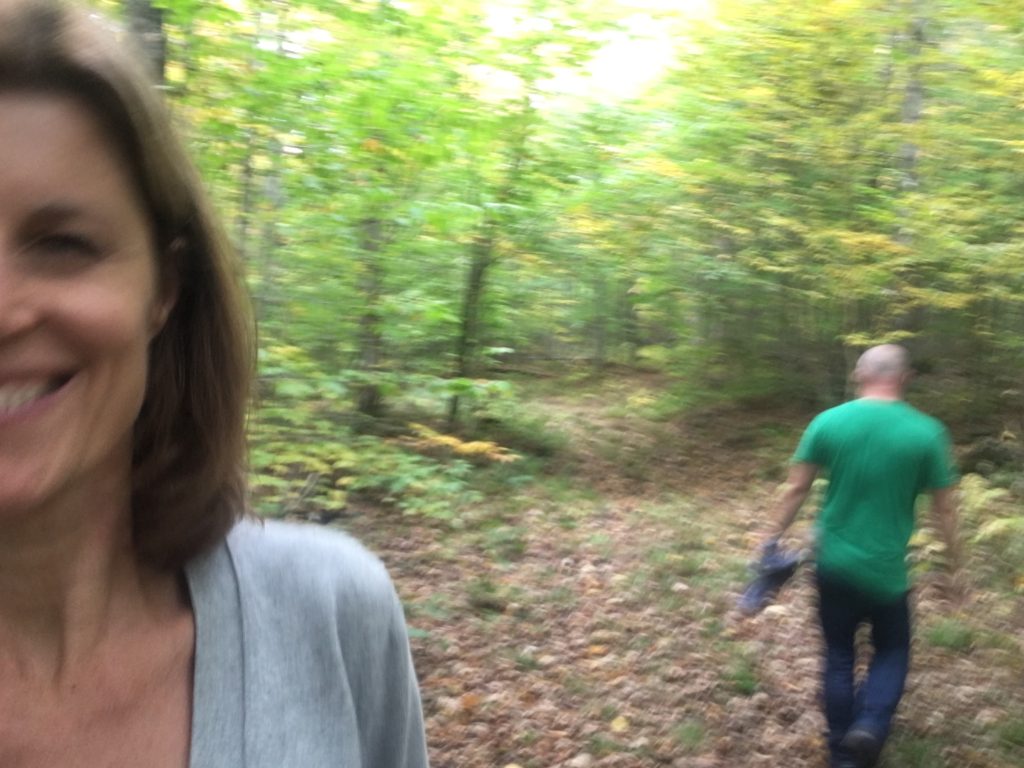 Last weekend Sean and I went on a hike, my parents took the girls. It was just us, though the girls were present in all of it. They’ve made us into what we are. Our fingers woven together at times, other times our shoulders touching, and then not. We talked and fell into silence. There were no heavy discussions, no plotting or speculating, it was just us slipping into the gauzy space that marriage allows. Thirteen years of building, rebuilding, reshaping, and working.

I let my focus come back to us, watching his hands as he drove, listening to him sing as he prepped vegetables. I watched him read an article, unprompted by me, that would help him understand what it’s like to be a woman right now. He’s really trying and it’s painful to watch rape culture come to life for someone, even if it’s something you want them to understand. I know that he wants to protect all of us, not because we are girls or women, but because we are precious. He would do it for other women too, but right now he is following me into the woods and holding me in the night.

Rest does not mean giving up, we can pause and heal ourselves.

I hope wherever you are, if  you are feeling a similar exhaustion, you can find your woods and your people.