A couple of weeks ago it was time to take the docks out of the water at camp. We had been stalling, partly because it was going to be the first time we did it and we were uncertain and partly because we weren’t ready for summer to be over. Summer, for us, has always been the season of now.

Now we can rest.

Now we can have fun.

Now we can be together.

We met during the summer of ’99 at Williamstown. Truthfully now took a while there and it had to be worked for almost beyond what was possible. Still, summer, and even the crisp days of spring that lead into it, have been our favorite.

We knew we had to deal with the docks, which has been a theme in our relationship. We’ve worked hard at building a life, a business, fixing up our homes, and raising our girls. Stopping to think about how hard it would be would probably have kept us from doing a lot of it, including what was a cross country relationship for a couple of years. Luckily, we tend to look at the possibility in things.

We shucked our fall clothes and got into the water to work, then we went all the way in with Briar watching from the deck. She laughed at us calling down, “Is it really cold? Does it hurt?” 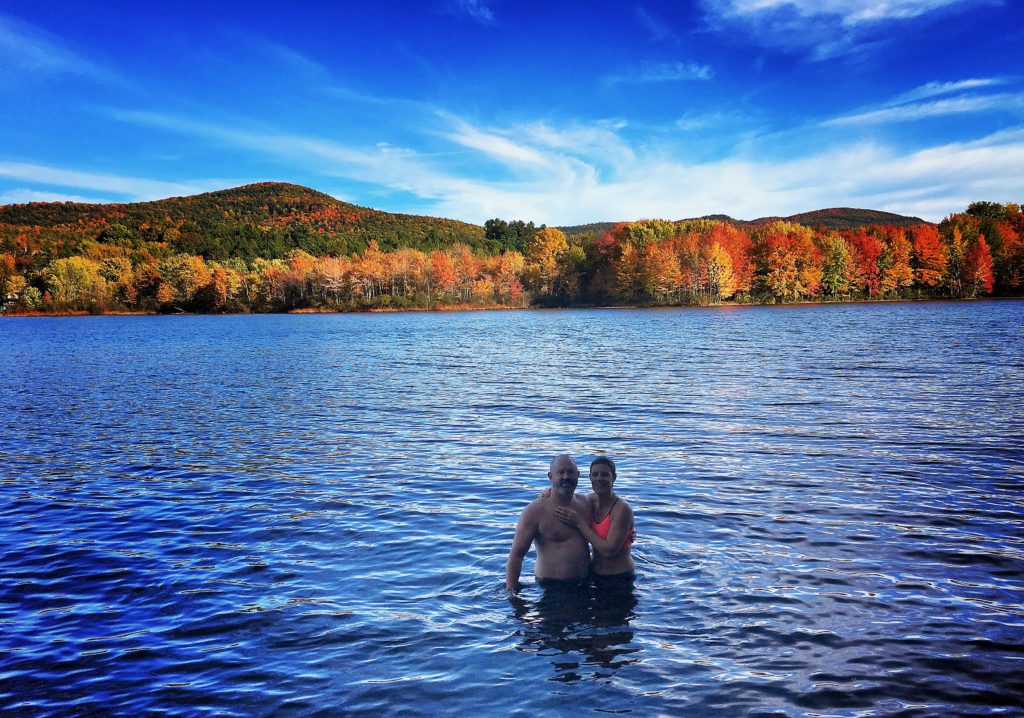 We laughed and affirmed that it was cold, but it didn’t hurt. It made me shiver and I could see goosebumps on Sean’s skin. There is something about braving it though that makes me feel more invigorated than cold. When he pulled me to him and grinned at me I saw so many summers flash across his face. I remembered the autumns too, when he met my family for the first time. Christmases, like the one when he didn’t propose and we had an argument on a hill in Watertown.

“Do you even want to marry me?” I asked, terrified of the answer. Of course he did, but he was waiting to ask in his way. It turned out to be in a kayak in Victoria, British Columbia. Water, it seems, has been a huge part of our relationship too. He whisked me away to the lake one day in ’99. He witnessed how it peels the stress, years, and clothes off me.

I’m rambling now, but as I sit here in a hotel room in Chicago having exchanged texts with him a few hours ago about a crock pot dinner, and having felt bona fide butterflies during a FaceTime call last night, I am bewitched and humbled by it all. It’s by no means easy, I understand that now. We get back what we put in if we are lucky enough to be with someone else who is willing to swallow pride, traverse seemingly insurmountable differences of opinion, and truly stick it out as we walk through these seasons of marriage. 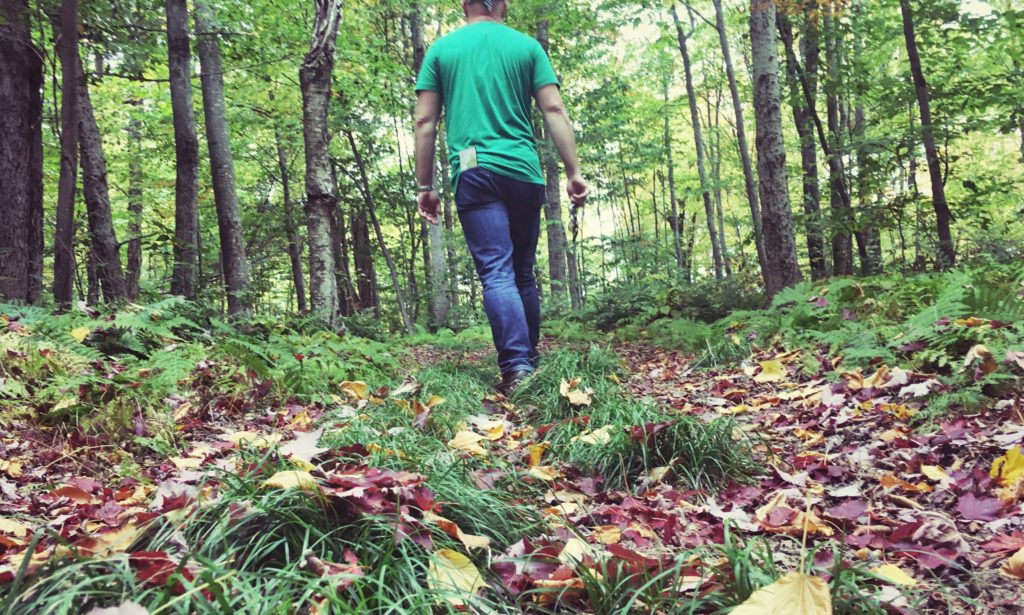