So Here We Are

I never felt without a doubt that Hillary Clinton would win. I certainly hoped, but I never took for granted that it was a done deal. I kind of wish I had, just so I could have enjoyed for a time the certainty that she would win and that we would have her at the helm. I feel cheated and bereft, tempted to stop caring almost as much as I am determined to stay engaged.

I think the judgement about how it happened, what needs to happen, and who was responsible is exhausting. I try to look at it in a positive light, “Hey, ok, so everyone seems to care about things now,” but that isn’t true. A film has been peeled away and what’s behind is a near wasteland of hate, despair, and simply not listening. I’m guilty of it myself. I really don’t want to hear why it was Clinton’s fault that she lost or why the votes for Donald Trump somehow slip past racism and misogyny and shimmer as faultless votes for a non-establishment guy.

I get it, we all had different reasons. I’ve stayed quiet here, mostly licking my wounds and focusing on how to navigate this new world. Because no matter who you voted for, there has to be some sort of acknowledgement that there is a more robust appearance of hate graffiti and race-fueled violent encounters. Or maybe there doesn’t.

My heart is broken and my spirit is weary. We went for a mountain biking adventure with the girls on some trails in Vermont. Along the way we happened upon a bird’s nest that had fallen to the ground.

“Mom, please can we keep it?” Finley asked. I said yes and agreed to carry it so she wouldn’t crumple it in her hands as she rode. Briar called to us from a stretch up the mountain from us, “You guys, a skull!” We were all intrigued, but missed it until we circled back. I held the nest in the palm of my hand and walked over to the animal skull that was perched on a broken branch on a stump. 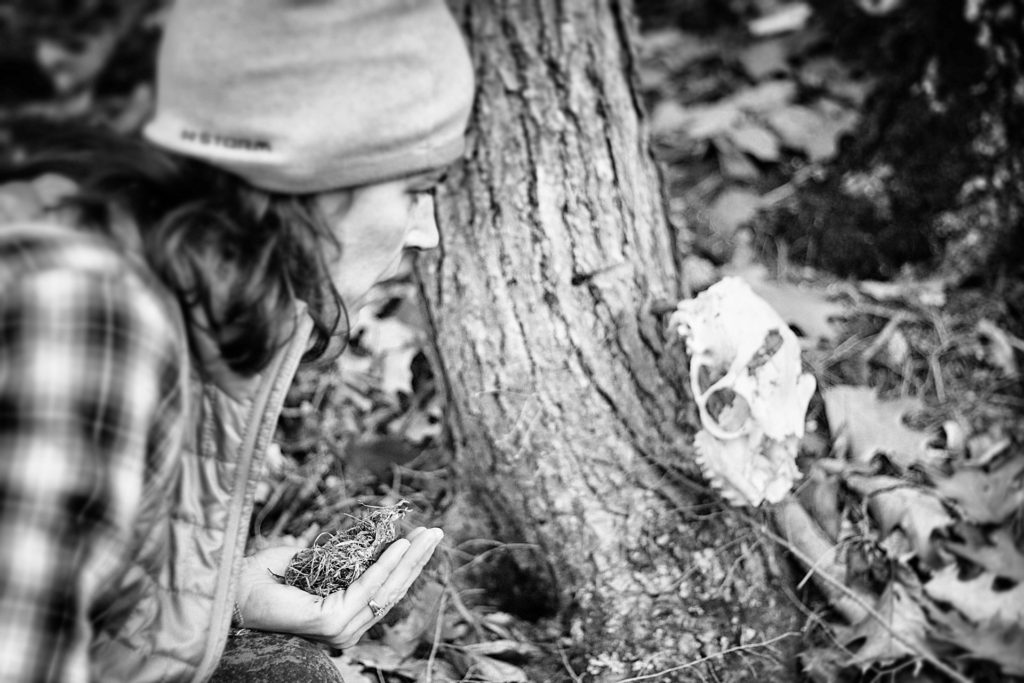 It felt eerie to hold a place where life began in one hand and press my face toward a creature that no longer lived. It felt remarkably like how living in a post election world where Hillary Clinton continues to advocate for a unified country and President-elct Trump continues to offer up names for his Cabinet that indicate a future fraught with separation, division, and hate has felt.

I need to keep my palm open, keep my hope safe like that little nest, because it takes safe places to nurture new life.