I have been writing online since 2003. When I go back to what I wrote in the early days I sometimes cringe, but I also have compassion for who I was and where I was. If we are really all works in progress, then to improve we have to have times, experiences, actions that weren’t the best—they, and we, could be improved. 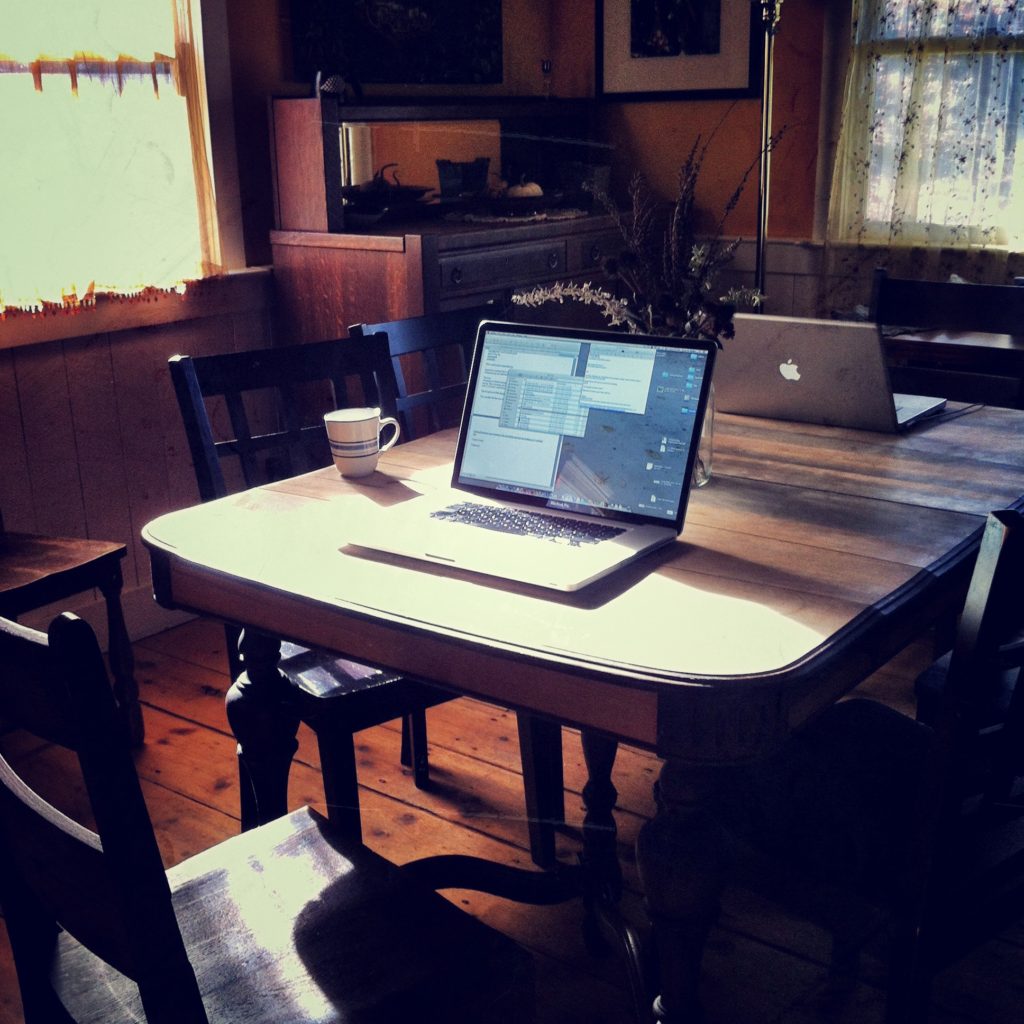 Last year I began writing with less restraint about feminism. I left the fear of judgement behind and allowed myself to put out anything that on my deathbed I would have wanted to say. Sometimes it left me feeling naked and nervous. Did I go too far? I would wonder, but then and now I feel that going too far is better than not going far enough. I did make concessions to my comfort, the post I wrote from Cape Cod when Todd Akin said what he did about women’s bodies and rape used to be linked in the sidebar. I removed that. The post is still live and I sometimes link to it, but I wasn’t comfortable with it staying above the fold in my online space.  I have posted unflattering images of myself, talked about my anger about how women are treated in the workplace. I’ve written and will continue to write about the different standards, expectations, and credibility for boys and girls in this country.

I try not to be mean. I don’t say that all people belonging to a party or a belief system are idiots or morons. During the debates I was vicious toward some of the things candidates were saying, but I think I managed to focus on the issues, rather than looks or zingers for the sake of zingers.

I appreciate that not everyone wants to talk politics online and I respect that, just as I believe that I have the right to post, comment, or share the ideas that are important to me. Today, tomorrow, the next day, and quite honestly, for the fours years that follow, I think I’ll still feel the need to do it. Election day is not the end, it’s another starting point. I realize now, seeing how close Donald Trump is the the presidency, there is more I can be doing.

“Stay woke,” have you heard the phrase? Yesterday I wrote about vocabulary that can immediately color conversations because the words are linked with certain beliefs. I don’t think that they are radical words, unfortunately the concepts have been so ignored that they seem fringe. I’m not sure I could comfortably say “stay woke” without feeling like an imposter, but I want to live up to the term. I want to be more than aware, I want to be invested and active.

Last night I received two different messages, one asked for me to help in a decision between Jill Stein and Hillary Clinton, the other was an acknowledgement that how I have carried myself has made a difference. I responded to the Stein/Clinton question on FB where it was asked. I was less comfortable than I am when I write here. I don’t want to force my views on people, I want to have them, write about them, and make them available to people. Some will choose to unfollow me or call me an idiot. Others engage, send me private notes that they agree, or say nothing at all. Do I hope that more people come to my way of thinking? Honestly, yes, but on their own sustainable terms.

I am sharing the note with the permission of its author. I don’t do this to suggest that all people should think like this, it’s genuinely a reminder to anyone out there that what we say and how we say it can have an impact.

Hello there (I’m Ashley’s friend I hope you remember me!), I’ve been thinking a lot about my political actions over the last election cycle and the things I’ve learned in retrospect…I need to thank you again. You allowed me to sit in your home, share my ideas with you and your husband…even though we were supporting different candidates for the democratic primary, and you helped me better myself in my own journey through politics this year with that kick ass poster you guys made for me…

And here comes the retrospect part…now seeing the damage and potential harm third parties could have on this election, you were still an amazing person to me.

I see now that when you supported Hillary back in February (or January when we first met) that you were the true progressive…I thought Bernie was the answer, and when he wasn’t for the democrats I joined the rest of my generation supporting 3rd party candidates…proving that millennials aren’t happy unless they get what they want when they want it…

I’m ranting, I just wanted to say thank you for treating me as a voice that mattered when you could have spurned me for not realizing the truth from the get go…thank you again for the poster that started my own little journey, and thanks for being such a breath of fresh air on FB in the sea of hate I see in my news feed lately.