I turned to look at Sean. “Really?” The race was a 5k with multiple obstacles. We aren’t exactly regulars on the road race circuit. Something about it was intriguing though. A part of me feels like we are approaching a moment in time that demands we choose—are we down shifting and settling into easy, or are we continuing to quest?

Easy is good, you know?

I like leggings and a t-shirt and puttering around the house. It feels like a treat, but the truth is that my peace and my fire come from exertion. I don’t really want to compete, I have no designs on a 26.1 sticker. I do want to stay invested enough in my own well-being that I pursue the things that are good for me.

“Ok, why not,” I said to him. I’ll admit that even as I agreed ten days out, a part of me never believed we’d actually do it. I kept imaging that something would come up, that we’d bow out, but with cause.

I had ridiculous butterflies as we registered and then waited 90 minutes to start. Somehow when the announcer said through the loudspeaker, “Ok, everyone, get out there and be careful on the course stay to the groomed areas because the snow and ice are treacherous,” we were right there in the pack.

We stayed together, laughing as we each got muddier, wetter, and colder. People were friendly, laughing and chatting as we went through mud, slush, and remarkably high banks of snow that held you up until it didn’t and you sank, shins barking on crusty ice bits.

I was older than a lot of the participants, like older by two decades. I marveled that I could start Saturday making pancakes for the girls and then be at a race alone with Sean like we were still two twenty-somethings dating.

Seems that for every instance we experience feeling too old, we have another that reminds us that we will always be who we are. Maybe the time on the race clock is longer, but we’re out there, laboring and laughing.

As we were thawing out post race, he ran his finger along my hairline, “You have mud and paint…” He snapped a picture that I saw later. Frizzy hair, bits of silver, a little paint and mud, visible pores, crow’s feet, and the tooth he affectionately calls my fang that sometimes gets caught on my lip. 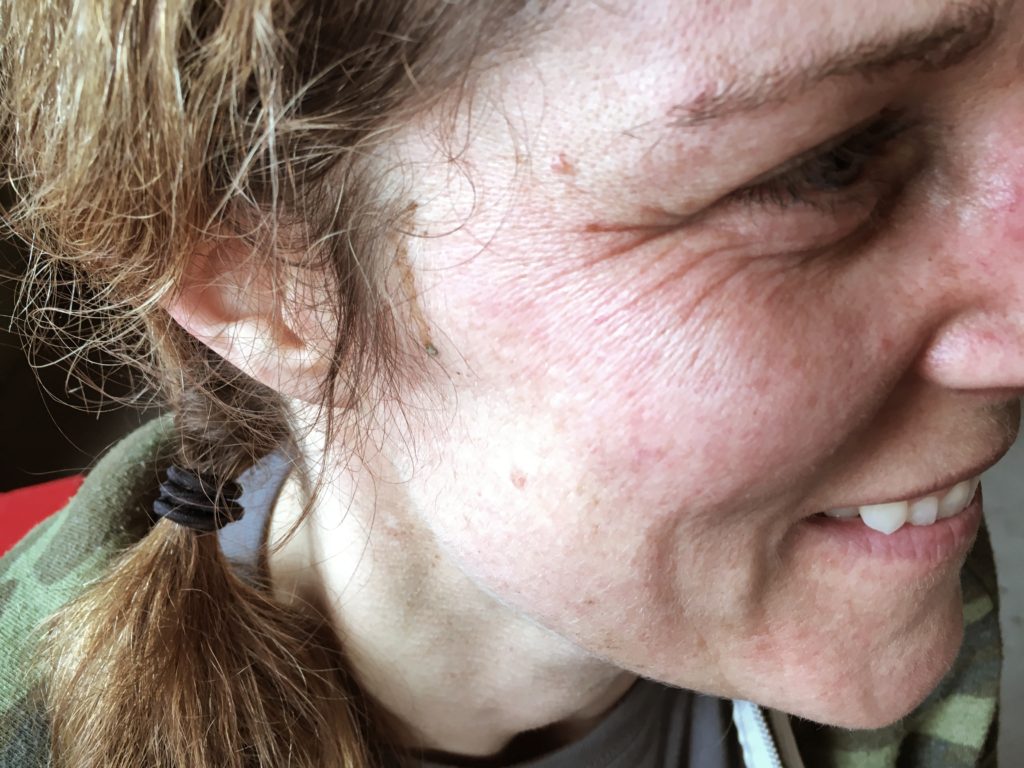 We did it. We aren’t perfect, we aren’t the fastest, but dang if we aren’t giving it a go. Military crawls, climbing walls, and riding down ski jumps on cafeteria trays. 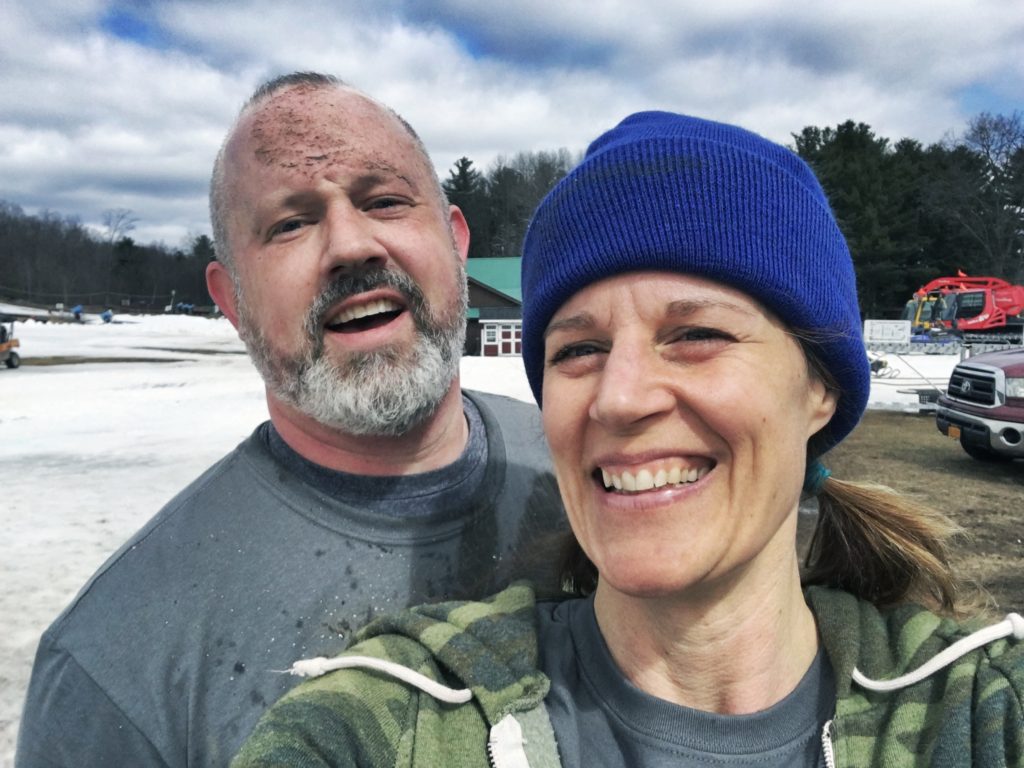 Is there anything you are doing that you thought you’d get too old for?