A World Without Planned Parenthood is a World in Pain

The first time I went to Planned Parenthood I was about 17. I didn’t think that I knew everything, but I thought I knew exactly what I was ready to handle. They continued to be my primary resource for healthcare until I was 30. When I look back on that 13-year stretch of my life there are many memories that make me cringe.

How did I survive?

What the hell was I thinking?

Was I even thinking?

The thing I never considered before this last year of political improbability was what if Planned Parenthood hadn’t been there for me. I certainly think about what will happen if my daughters don’t have it as a resource. The time it took for toddler Amanda to grow to a mom of tweens happened faster than I ever imagined.

I remember going in for an annual exam. I was barely twenty. It had been several years since I was sexually assaulted, but I still couldn’t make it through an exam without silently weeping, tears pooling in my ears.

“Are you ok?” the doctor asked me.

I nodded, my nose stinging.

“Are you in pain?” She said gently.

She worked swiftly and quietly when she was done she patted the side of my calf. “You’re all done.”

I sat up awkwardly.

“No one likes these exams, but it’s so important that you do them,” she said. I nodded and tried to stifle my sniffles. “Were you assaulted?”

“You are brave and strong. Don’t forget that. I’ll let you get dressed now,” and she slipped out the door.

I needed to hear those words, but she didn’t need to say them. Those words helped me, and I don’t just mean that they made me feel ok about myself. What that doctor said was literally the difference between bailing on all manner of professional health care and having a place where I felt safe and worthy to be seen.

Planned Parenthood cared for me and protected me and my future in ways I didn’t yet know how to do for myself. It’s why I am using this space to speak out against the AHCA and the “defunding” of Planned Parenthood. We need voices for women and the LGBTQ community, specifically their health and well-being.

What if Planned Parenthood weren’t here, not for some person in the middle of a place you don’t know, but for me, someone whose story you have come here to read. Would it matter? Is there a George Bailey side to this?

I’ve been reading a lot about “stealthing” and while we may not have had a term for it twenty years ago, it did exist.

Wrangling my girls each morning, counting lunch boxes, checking bags, my heart skips a beat when I think of what might have happened, where I’d be without PP.

I would still meet up with the boyfriend who penetrated me without my consent and shushed me into believing it was ok, “We were going to get there eventually. It’s no big deal.” He disregarded my insistence on a condom, bullied me into things I didn’t want to do. Without Planned Parenthood I would not be with these girls. I would not be their mom, or Sean’s wife, or maybe even here at all.

I would have been tricked into pregnancy in my twenties. I would not have found people who would treat me without question or judgment, but more than that, I would have gone too long without seeing someone or being seen. I would have written it (me!) off as not being something that I could manage—too hard, too expensive, too complicated, too intimidating.

I was a “smart girl” from a “good home,” but it can be easy to fall through the cracks, particularly with elected officials who aren’t advocating for you, who in fact are pretending as if you don’t exist or matter. Really none of that should matter, we should all have the care, counsel, and guidance that we need to make informed choices about our health. 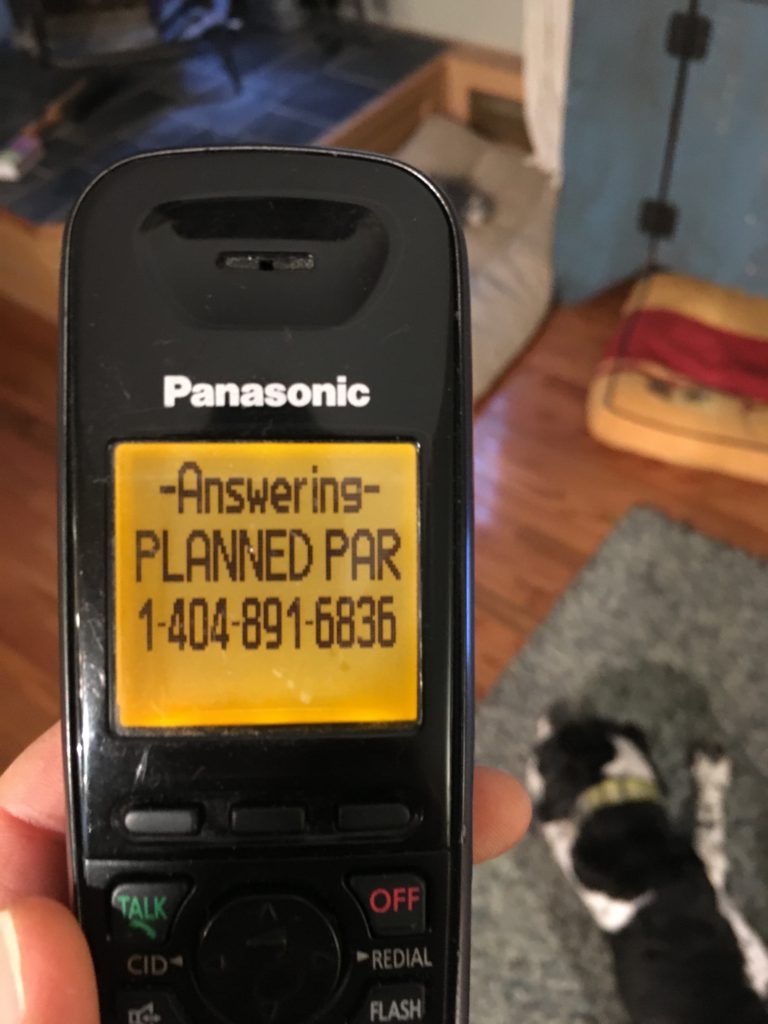 Please call your Senator, speak to your neighbors, your children, your partner, and even yourself. This isn’t a little thing, Planned Parenthood can be the single greatest safety net for women and their health.

The American Health Care Act is the worst bill for women’s health in a generation. Cherry picking just one way in which the bill hurts women:

Here are things you can do!