Did you read Amber Tamblyn’s tweets a few days ago or follow any other coverage about her interaction with James Woods? Did you read her op-ed, “I’m Done with Not Being Believed” in the New York Times?

I don’t think it’s necessary that you do in order to follow what I’m saying , but I thought I’d offer it up as the reason for finally coming back to this space. I believe that when and how we can, we ought to acknowledge the people who make us think, feel, and act. The other day a woman I met at Mom2 posted something on Facebook that stayed with me. I reached out to her because her words and her fight moved me.

Her name is Natasha and she blogs here—visit, read, consider.

A man on twitter posted about a woman’s story related to applying to Harvard, I reached out to him because his framing of the situation helped me reevaluate some of the ways I judge people every day.

Yesterday and today it has been Amber Tamblyn, my daughters, and myself that have been on my mind. 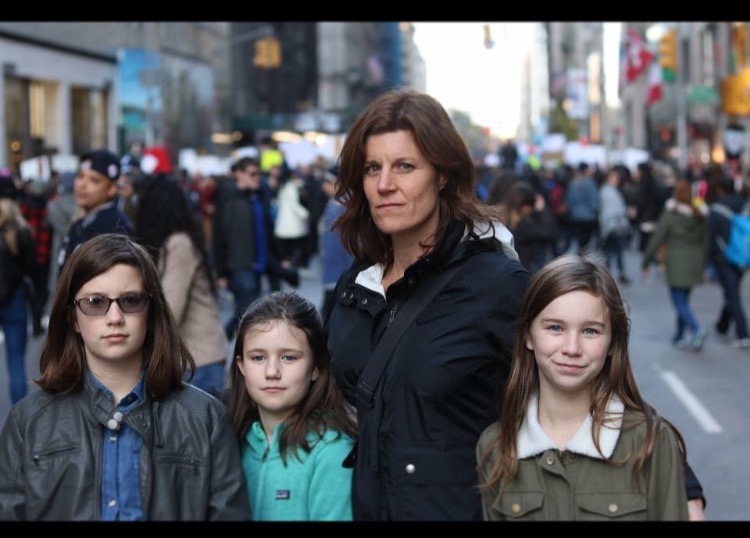 We aren’t identical, our stories aren’t carbon copies, but we are all living in a world where the President of the United State of America lifts up, amplifies, and celebrates a doctored video that portrays him assaulting a woman. The woman is Hillary Clinton, a mother, grandmother, wife, Former Secretary of State, Presidential candidate, humanitarian, and human being. She could just as easily have a list of negative adjectives used to describe her by another author, but no string of words could make it acceptable for anyone to idolize the visual of her being hit from behind.

We are living in a time when the Secretary of Education for the United States calls accused rapists on college campuses, “Victims of a lack of due process.” It is in this same time that we are told that a man referring to “grabbing women by the pussy” is locker room talk and that Hillary Clinton’s book tour is a whine-fest and that she should “be quiet.”

Valued more for our pussies, resented for our ideas, discredited based on our looks and our gender, questioned about our motives, policed about what to wear, blamed for looking older than our years, justice made to wait because of how things could inconvenience a man.

None of this even begins to cover what it can be like to be a black woman or trans. I think the part of the story that hit me so hard was the line,

Then he said, “Well, there are two sides to every story.”

That argument is so often trotted out when it’s inconvenient or unpleasant to believe the first one you hear.

A famous actor who we thought was a saint accused of inappropriate contact with a young girl.

Kinda easier to believe she was a slut.

A football coach accused of inappropriate conduct of a homosexual nature with minors.

Def easier to believe they were poor kids out for money.

The doubt, my god the doubt toward our stories. The excusing and shushing. The American way has become one of creating villains to excuse behavior. We do it to refugees, we do it to black people, we do it to women, we do it to poor people, shining the light of “yeah but” on everyone but ourselves. My fingers tire from trying to lay it all out here as my mind imagines the torrent of criticism from people who dismiss me as one more pissed off feminist.

I am both pissed off and a feminist. I also think that people like Ellen Pao and Senator Kirsten Gillibrand are doing things at personal and professional risk to add to the chorus Amber Tamblyn spoke of, “We are learning that the more we open our mouths, the more we become a choir. And the more we are a choir, the more the tune is forced to change.”

I watch my daughters, 13, 11, and 9 playing in the water. They are having fun. I imagine what might be said: 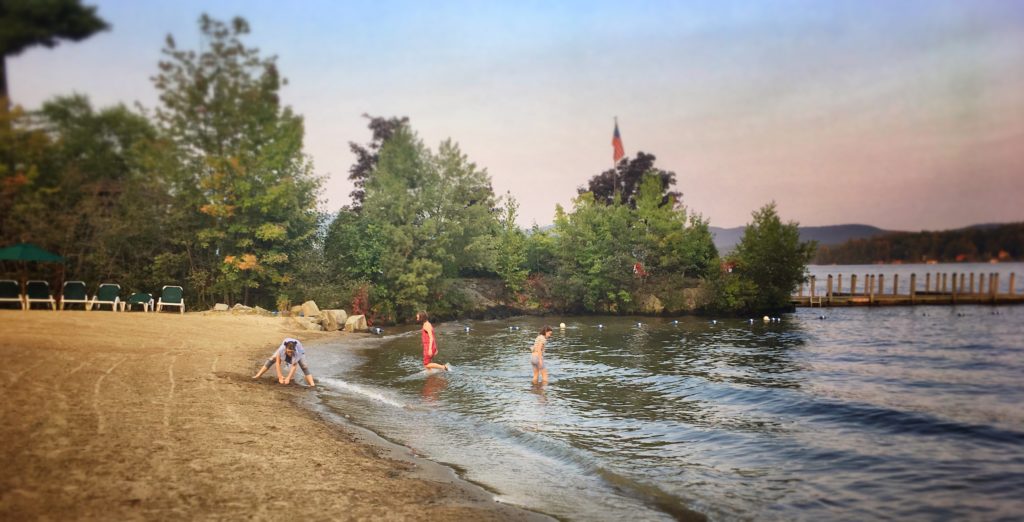 “The one in red, the straps were so thin on her outfit and she had that eye make-up. She was basically asking for it.”

“And that short one, she had her dress hiked up over her tight shorts. Tiptoeing in the water like she was looking for attention.”
“Did you see the one in the ripped jeans? She was bent over.”

“It was getting dark.”

“They smiled at me.”

I look at the American flag just behind them and I know deep down that this country doesn’t care about keeping my girls safe. It doesn’t care about anything but keeping the path tidy and pleasant for those believed to deserve more—more trust, more opportunity, more spotlight, more lenience.

I’m not buying it anymore. I’m not stepping to the side to let others pass who don’t bother to say excuse me.

It is time to sing, letting all the truths roll off our lips and upon the ears of anyone around. Because while you may not want to hear it, our side of the story is very real and we will not let you shush us anymore.