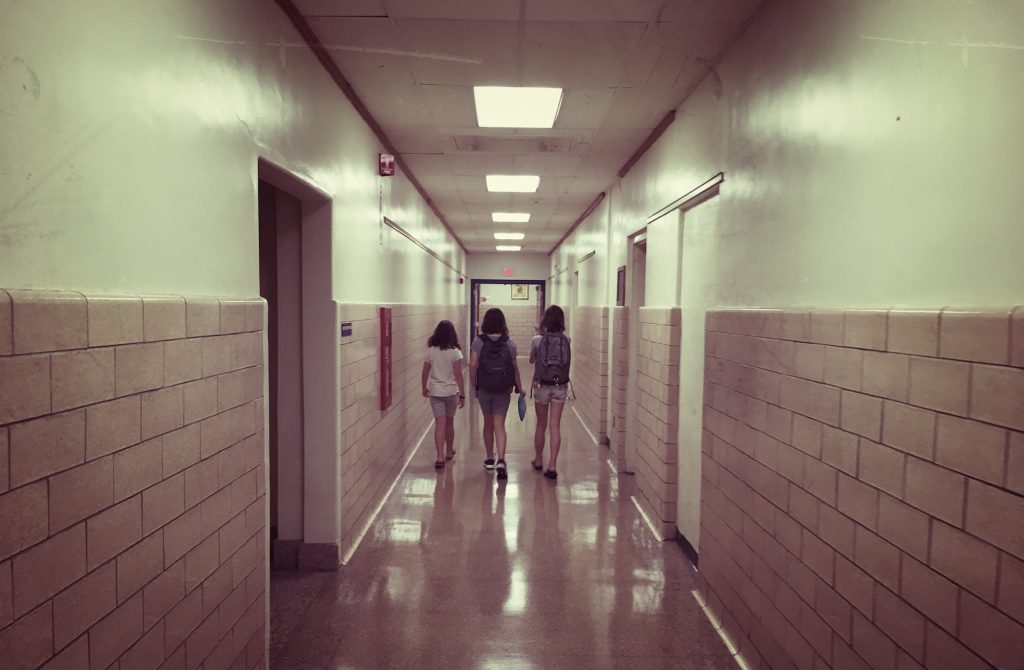 I want to write about the girls, gush about how they’ve grown inches in months and how their heads sit differently on their necks. I crave exclaiming that when Ave hugs me she puts her arms over my shoulders without going on tip-toe.

I want to revel in this moment of being aloft on a wave of growing up, but there is another headline about a man who used his power and was given pass after pass to mistreat women. Three decades of settlements and confidentiality agreements, longer than some of his victims have been alive.

I peek over Briar’s shoulder at something she has discovered on Instagram that makes her whole face light up. The screen I’d been looking at before she called me bore a story of a girl close to Briar’s age who was raped and impregnated and 9 years later has to share custody with her rapist.

Raped at 12, violated again at 21 by the judge. A country bent on forwarding men’s needs.

I want to write about the girls having one foot still in a LEGO storage bin and another pointed toward Broadway as they belt mature lyrics from Dear Evan Hansen. We’re talking about periods and hormones and it’s amazing, but the President has rolled back the mandate on birth control.

A president who has admitted to assault and who has stories that circle him about girls—no need to say too young, girls and another white man in power having his way and the country lets it go.

“I just don’t like to get political and it’s kind of not what I want to read. Can’t you just let that live in a different space?’

Writing about the President, Weinstein, Cosby, healthcare, is writing about my daughters. When Donna Karan suggests that women have to consider what they are communicating through their fashion, “are they asking for it,” she is talking about all of our daughters.

I don’t understand how it’s all gotten so twisted that the blame rests on the shoulders of women and girls. How is it that we are responsible for the behavior of others? Why are so many adults content to shift responsibility?

This cycle of abuse has nothing to do with what women or girls are wearing, it has to do with the assumption men have and the clearance society gives them to consider our bodies public domain.

We are set dressing. We are props. We are arm candy.

Our shorts are too short, our tank top straps are too thin, our “no” wasn’t specific enough, not loud enough, not emphatic enough.

I want to write about being a mom of daughters, which means I must write about these men, whether they’re politicians, producers, or educators, in positions of power.

If we continue to allow decades of abuse to go by without intervening, if we allow access to birth control to be spun as encouraging ‘risky behavior’, we send our girls and our boys down a corridor that leads to expecting everything of girls and never allowing our boys a chance to be decent.

I want to write about my girls and your boys and our world in a different light.