I am feeling all of it—tired and motivated, satisfied and discouraged, angry and at ease.

There are moments when I imagine that I have parenting handled, marriage under control, and running a business mastered. Other times I think, “Damn, I’m a fake.”

The other day, riding home from Finley’s concert, each of us tired to the bone from a week of to-dos, I tried to figure out if I was succeeding or failing. Why I continue to try and gauge how I’m doing is beyond me. I’d managed to get to the store to buy Finley a concert shirt between late nights for work and rehearsal. Saturday morning we found a pair of Avery’s shoes that would work because “If I wear my black boot heels I’ll be too tall because I am not in the back row. Can you believe that? Me, not in the back row?”

Fin had popped out of bed at 6:55 am after going to bed close to midnight the night before after a trip to NYC. Her sisters had come to the event, all available grandparents were in attendance, and no one had fought. It was a small miracle. 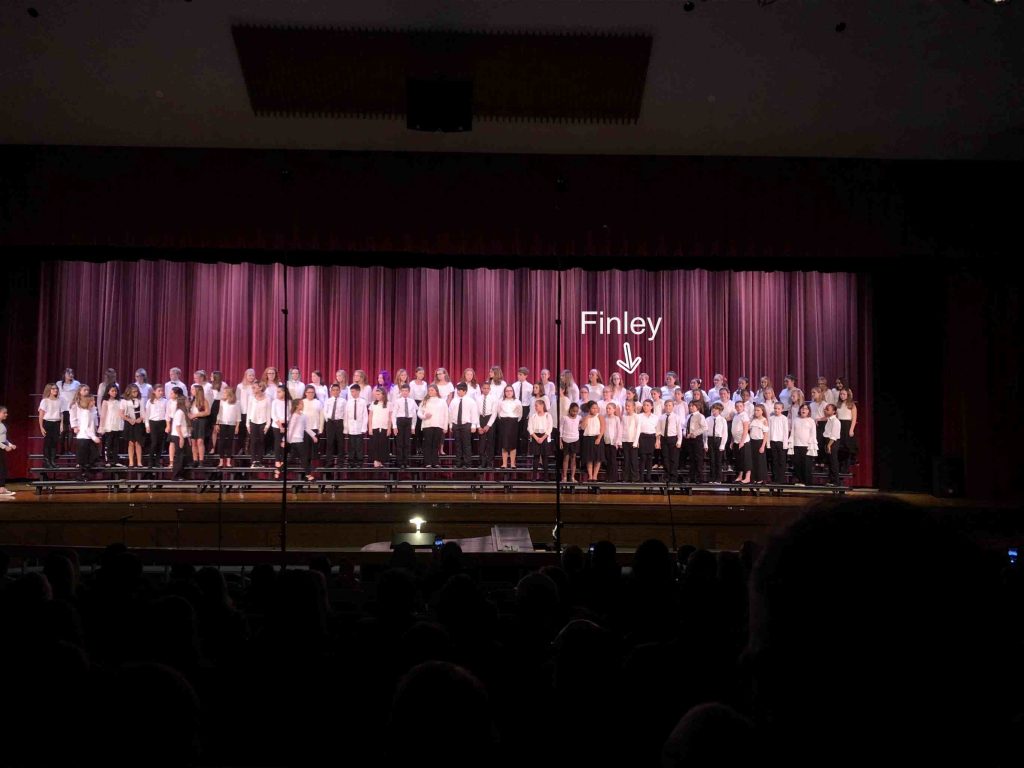 I had a splitting headache, I was in a foul mood, and it felt like maybe we’d pushed the girls too far. Looking toward the rest of the month, I have a lot of days I have to be out of the office and others days when I have to leave early. Sean and I are together all the time, but we are never together just Sean and me. The girls want to have sleepovers and bake cakes, but I’m stepping in puppy pee, and I am craving time to do nothing but read a book like I have 6 hours to burn. It’s non-stop, and yet I feel like I never get to the end of my to-do list in a way that doesn’t feel just short of catastrophic.

The music was on, and I wanted to turn it off. I was hot and cold at the same time. Briar said, “So what’s the plan for today?” and  it took everything I had not to wail, “I have no plan.”

It’s Still There & You Are Ok

Then the rainbow appeared. It was massive and distinct. All the colors visible and both ends in sight. As the road curved, we oohed and ahhed, trying to pinpoint where it would be next. At one point we literally drove through one end. The raindrops on the windshield made it more beautiful, and the power lines and trees made it feel all the more like it was stretching beyond any obstacle to get to us. 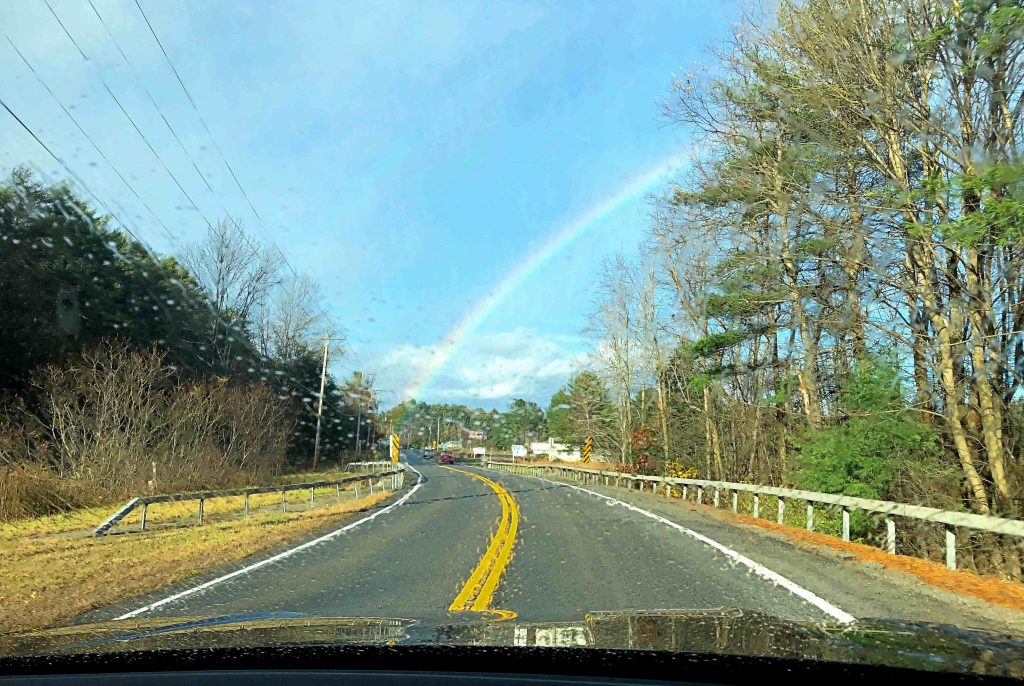 I took a deep breath and let it out without trying to muffle it. Sean squeezed my hand, “That sounded like a good one.” I smiled and nodded.

Briar said, “We don’t need a plan. Let’s just go home and be cozy together.”

The ramp up to the midterm elections have been a lot on top of a lot. I get it. The clash of hope and despair, regardless of your political affiliation, not to mention the toll of so much sadness.

I hope we can all be that rainbow. Push through the obstacles, set aside the measurements of how we’re doing. Go vote, participate in the process because you can, if you aren’t sure about candidates read up in private. Heck, this site even links to a place that says it’s “like the Tinder for voting.”

Then, when you’re done, go home and be cozy.