You know that feeling when you discover a new word and then you keep seeing and hearing it? A month or two ago I agreed to participate in a campaign for GenderAvenger. Sounds superheroic, doesn’t it? I’d learned about them from my friend Elan, from what I’d seen GenderAvenger identified missed opportunities for a balance of gender representation at things like conferences. What I discovered as I began using  GA Tally, an app to quickly log who is speaking or how long people are speaking is that things can be pretty lopsided. 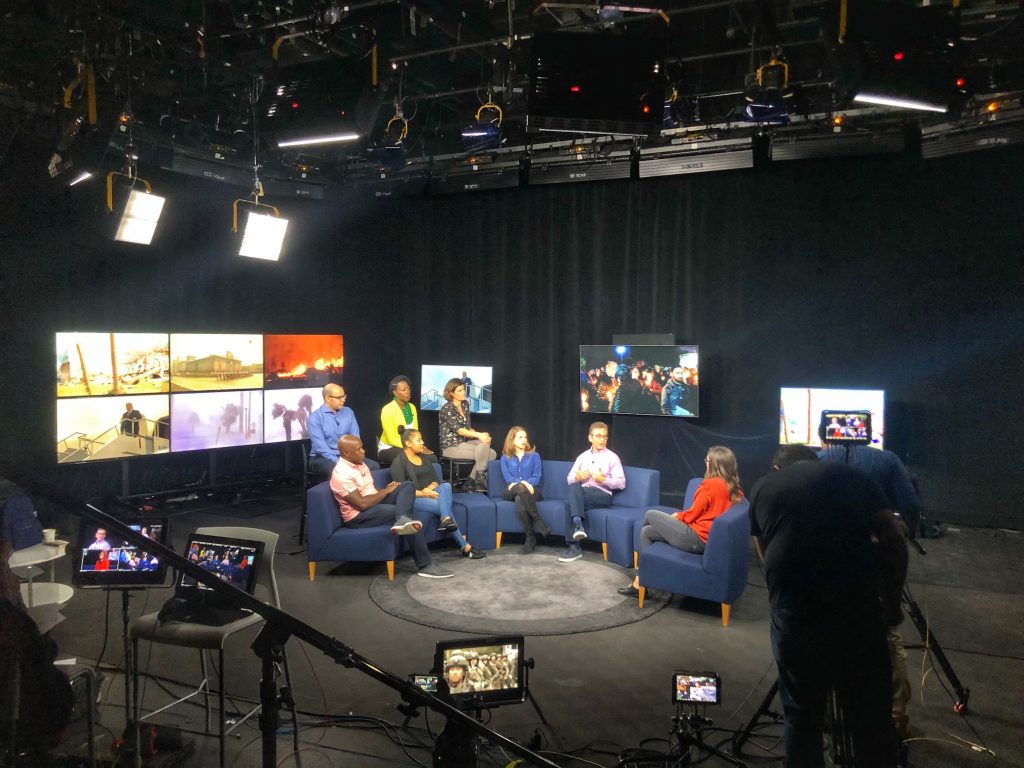 During a recent shoot for a Today Show segment. The female producer achieved a great gender balance.

The early tallies came out better than I expected. The first event was a women’s luncheon and there was a woman of color on the panel. Yay, right? At first, yes, but as time went on and I spent more energy really seeing what society puts forth, I realized that lauding the presence of one black woman on a panel of four is setting the bar pretty low.

But Is it Really Balanced?

To my knowledge none of the women on the panel were non-binary, none were disabled. This isn’t to say that every event needs to satisfy every box imaginable, but it does bear considering why there isn’t an effort to more accurately create, in panels, a reflection of their audiences.

I’ve always paid attention to the way movies and advertising treat women, either as set dressing or as vehicles for the male fantasy at any expense. What I hadn’t seen was how when it’s not wrapped in violence or sex, women are often simply invisible. I didn’t get worked up about that because I’d been conditioned to expect to listen to men. I noticed that at large events women were falling into support roles, being thanked for organizing and “making this whole thing possible”, while being positioned slightly off stage as men spoke at length about their experiences. There was one instance when a man was called up to introduce a speaker, he said he’d be brief. He wasn’t.

Who Does the Talking?

The man spoke for ten minutes and each time he mentioned the woman’s name he would mispronounce it. She was an elected official whose name you hear frequently around here. It was incomprehensible to me that he cared so little about anything beyond his own air time that he didn’t even bother to get her name right.

I chuckled when I learned about the term “manels” for all male panels. There were other things I began to notice, like how often the pendulum would swing so far as to be all women. Those events usually had the word “empowering” as a part of the description. It reminds me of lady pens.

The spirit of GenderAvenger isn’t to separate, it’s to help engage an awareness of representation—women and men, visibility for non-binary individuals, and a mentality that people can and should speak on any topic. Go beyond the predictable pool, because it is in the layering of different perspectives and experiences that you get your money’s worth from a panel of experts. Otherwise, it tends to be many mouths spouting the same idea.

This post was sponsored by GenderAvenger, but I promise that everything written here is purely me. I am grateful for the experience because realizing what I don’t see is one of the most potent ways of identifying where I can help create change.