We were entering the onramp to head north to the lake. It was nearly 100 degrees, the girls were in the back seat, and we were all sticky and disheveled. A motorcycle vroomed ahead of us, its driver looking over his shoulder in our direction. He had one hand behind him on the seat while craned his neck back and popped a wheelie. The girls gasped.

“Oh, my, oh my, ohmyohmyohmy. Mom, did he just do a wheelie?” Briar gasped. “That is so dangerous.”

“It’s when they make their bike go up on one wheel,” I explained.

“Impressing people doesn’t have to be so dangerous.!” She said with palpable worry.

We all watched as he entered the northway still on one wheel. He set the wheel back down and gave another look back in our direction and then began buzzing in and out of cars in each lane.

“Meh, I’d be more impressed if he popped his back wheel,” Avery muttered with disdain. 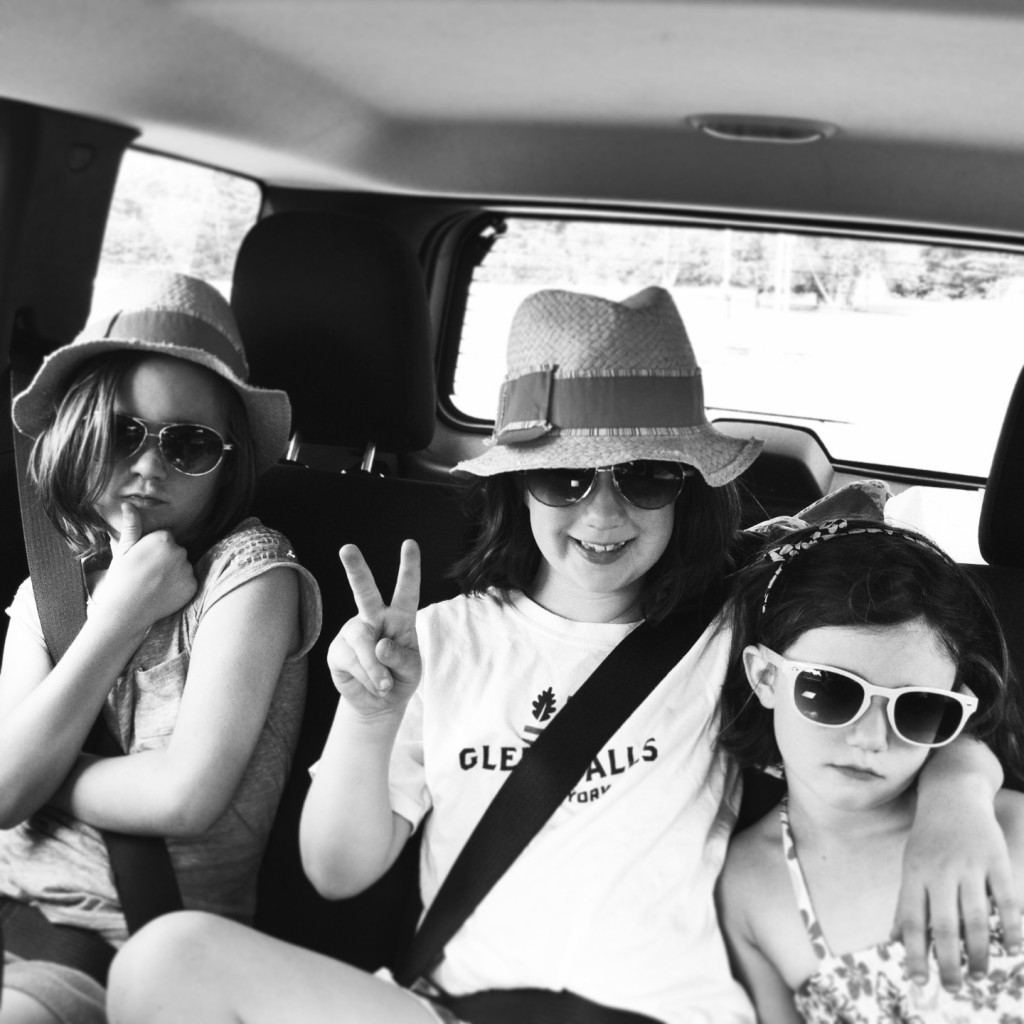 I swear, these three girls, they keep me constantly in tears—sometimes it’s laughter, other times it’s relief, but always it’s with gratitude that I am living this life with them.