When I was in high school I would pour through the pages of Elle magazine, carefully tearing out the images that spoke to me to tape on my wall. I created a collage that was equal parts aspiration and self-flagellation. I was not those women, but I might be able to be like those women.

It was the era of the supermodel and I gravitated to the women who were boldly described as breaking from the mold of typical model. They were big and athletic. Yet in all my searching I never found a report of a model weighing what I did—big was crossing the 115lb threshold. Athletic was having a curve behind their shin, not shoulders that invited, “Wow, you must be a swimmer” comments. Eventually I quit papering my wall, but I did keep searching. I still do today.

I read the words of other parents, skim the titles that purport to be about the working mom reality. It’s never my reality. I can’t seem to quell the desire to find a toehold to allow me to feel like I fit in somewhere, somehow. It’s the strangest thing, because I am not unhappy in my life, but somewhere along the line I came to believe that like the drop down age menus online, we are supposed to be able to be concisely categorized.

My mom and I were talking about the guilt we collect as parents, like so many tattered fashion images. She talked about her horror at the way options seem to have shifted to expectations, an idea written about beautifully by Galit Breen in her post Confessions of a Non-Volunteering Mom. Two things hit me, the first, maybe I fit into a category of misfits or, maybe, just maybe, all these ridiculous quizzes and if this than that polls are really a fancy way of forcing us into categories and in the end, we are just us.

The other day I saw a moment that I wanted to capture because it pretty accurately represented me, the real me and, I’d hazard to say a me that other women might relate to.  It was 8 degrees outside, I’d been putting off a trip to the bathroom to pee since before noon. My hands were cracking. It was 2:15 and I had 30 extra minutes to make it to the bus stop. I decided I’d deposit Sean’s paycheck and swing into the grocery store. I made a quick left turn into the credit union parking lot. I had no pen in the car and the woman ahead of me took forever, then, when she was done I pulled forward. I reached for the capsule, but had stopped my car too far away, when I finally reached it, I realized she’d taken the pen with her. I was annoyed, but also not, because the credit union is a client, we want people to take the pens.

I had to root around in the bottom of my voluminous bag to see if I could find a pen. The more I searched, the more I had to pee.  Finally I found a pen, endorsed the check, sent the capsule back and caught sight of myself in the rearview mirror. I’d done my hair, but the wind was strong, I looked rested, but I could see that I was annoyed, and behind the door I knew I was awkwardly squeezing my lags together. The mirror was slightly dirty. It was the perfect snapshot of me trying to juggle all the balls and, while not dropping any, I was teetering. 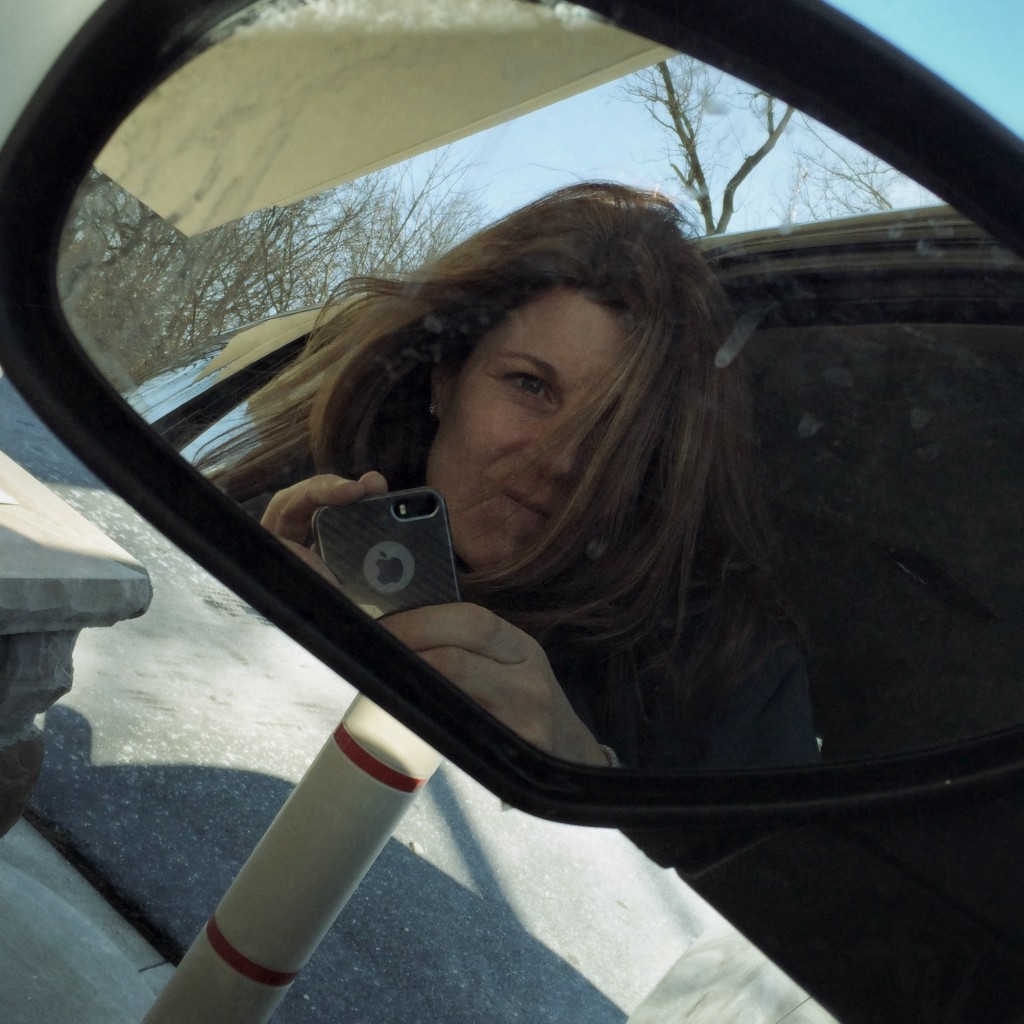 There I am, kind of pretty, kind of stressed, and as always, really in the thick of things between working, parenting and living. As I think about it now, I realize that rarely do drop down menus or quiz results truly capture who we are, partly because they are too limiting, but mostly because every day we can slip outside of one set of lines and start leaping in and out of another.

Maybe being a misfit is the best fit.