The Wisdom of it Being About the Journey 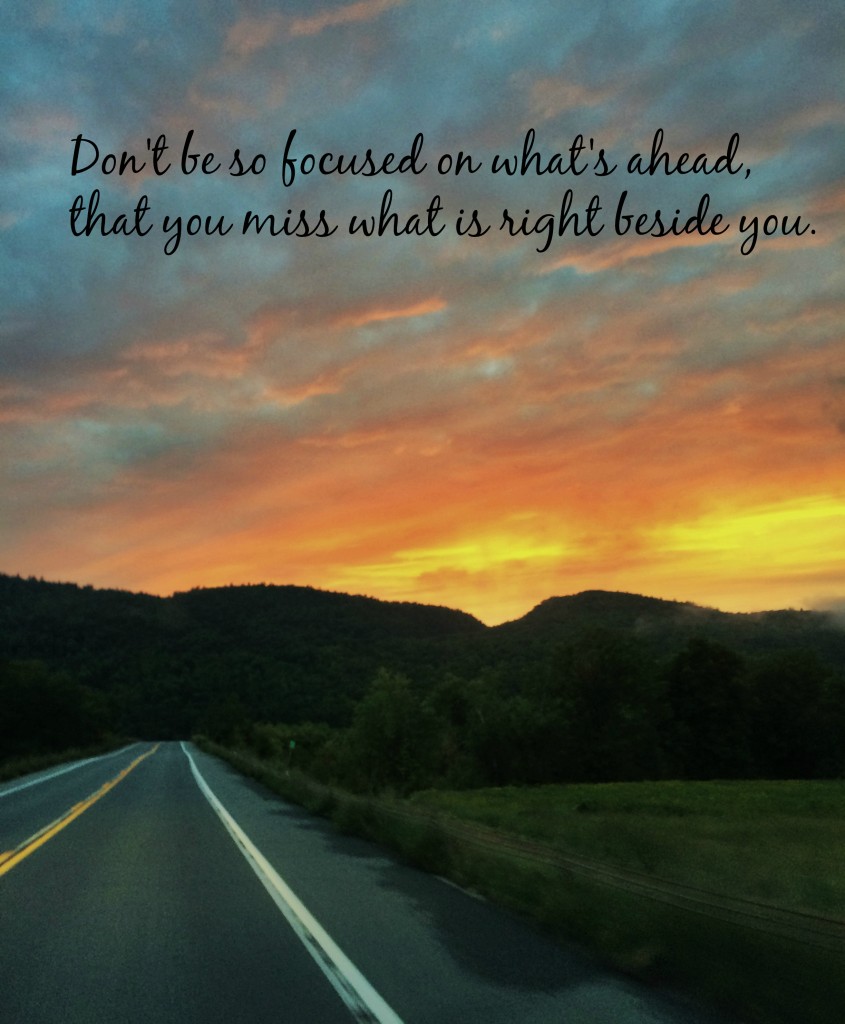 We worked over the weekend. We had thought it would be a bit of a sneak-attack getaway, but it turns out that photo shoots at watermarks, no matter how amazing the resort or how kind the staff, are challenging on little sleep with three kids. We made the most of it, but the drive home was a gauntlet—missed turns, weak bladders, construction, stopped ferries, and all sorts of other impediments…I did some snapping, the girls did some whining, Sean might’ve done some selective hearing, and then at some point we just gave up.

“Another bathroom break? Sure, why not,” and then at that convenience store (beautiful, because it was in Vermont) we encountered a graduation party with a live band, so we snacked on bananas and pretzels as we swayed and tapped along to the sounds. Then, back in the car, we motored along until realizing that there was a camel in our midst. We stopped and marveled, saying things in an imagined camel voice like, “Nothing to see here, I’m just a part of the flock. Move along.” 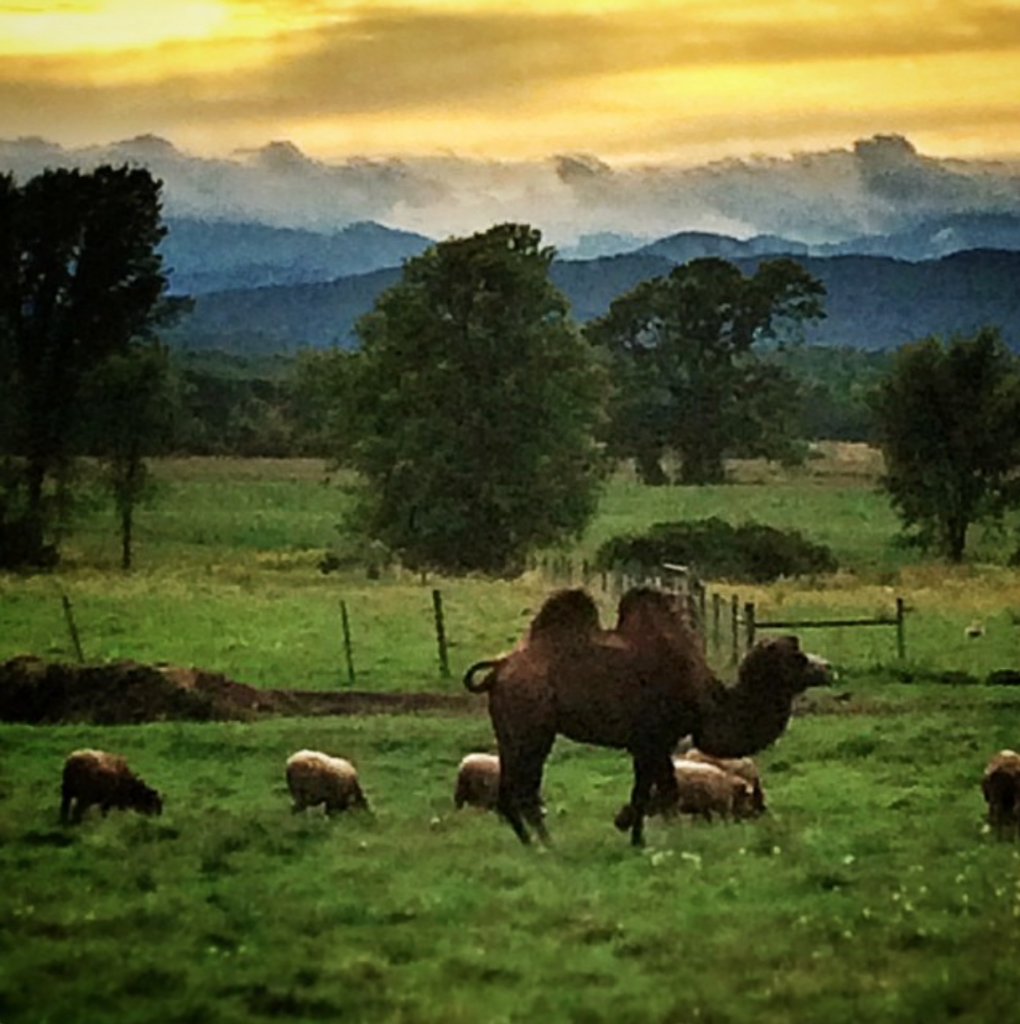 “Should we just stay in Burlington for the night?” Sean whispered. I was weak, ready to be done, whether it meant a hotel room or another 2 hours in the car. “Sure,” I whispered.

We trudged on, changing the music every so often.

“This is the turn we took on our honeymoon,” Sean said as we took a right on another seemingly nameless road. I searched my memory, our honeymoon was bliss, but all I remembered from the drive home was an—

“Oh my gosh, what is that smell? That stinks so baaaaad!” Avery blurted.

We drove along Dead Creek marveling at the endless swaths of corn fields. We stopped to take pictures of cows. We played non-internet Words With Friends as the girls lamented our signal free status.

“Just ask each other for a 5 letter word with G,” I explained.

Ave said, “Give me a four letter word…”

I couldn’t help myself and said, “I’m good with those.” Sean laughed, Ave said, “Whatever,” and we moved along toward the bridge we needed to take.

“Is that it? Are we going on that?” they screamed. We did that parent grin, relief and a little bit of cockiness. “Sure is.” 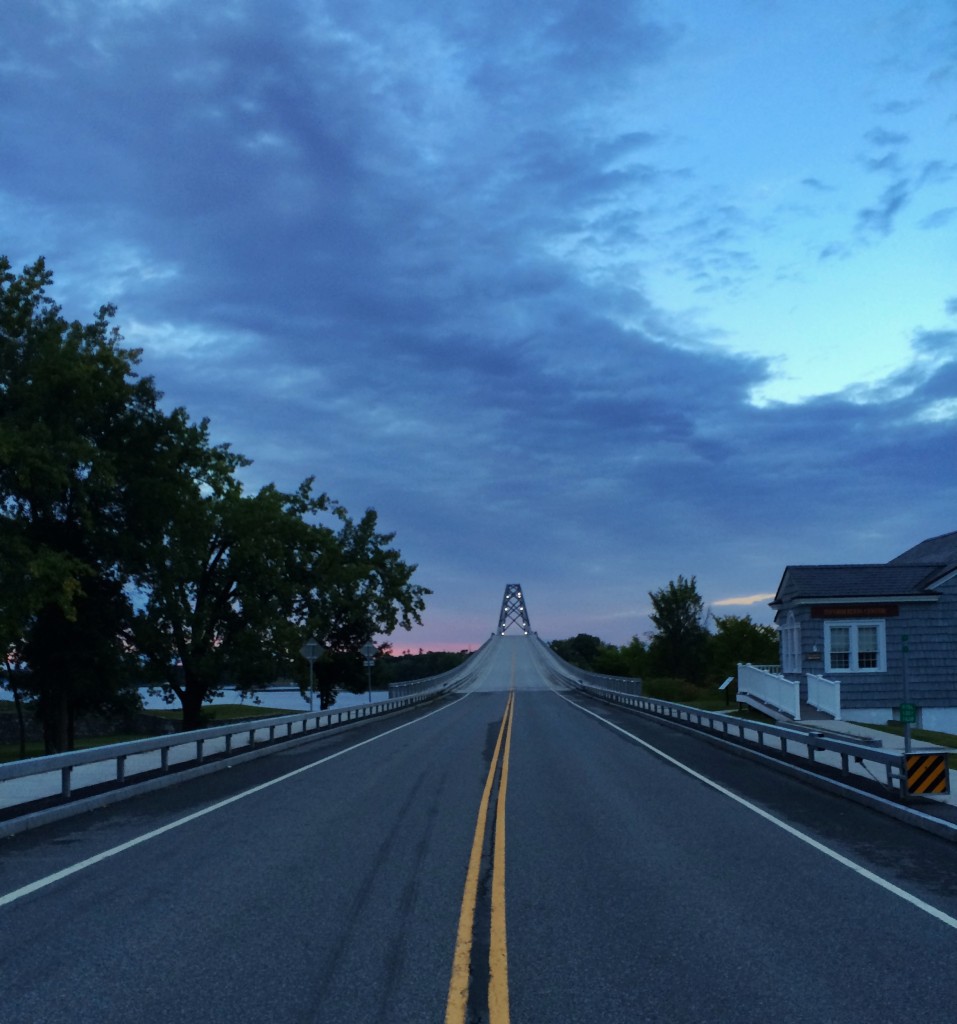 We saw walkers and I said, “Oooh, it looks like you can walk on this bridge.” The girls asked ‘please’ just as I looked at Sean with a face that asked the same thing. “Sure, if we can find a place to park, he said” We spent the next hour walking along the bridge and then the historic military site just below, along the banks of Lake Champlain. 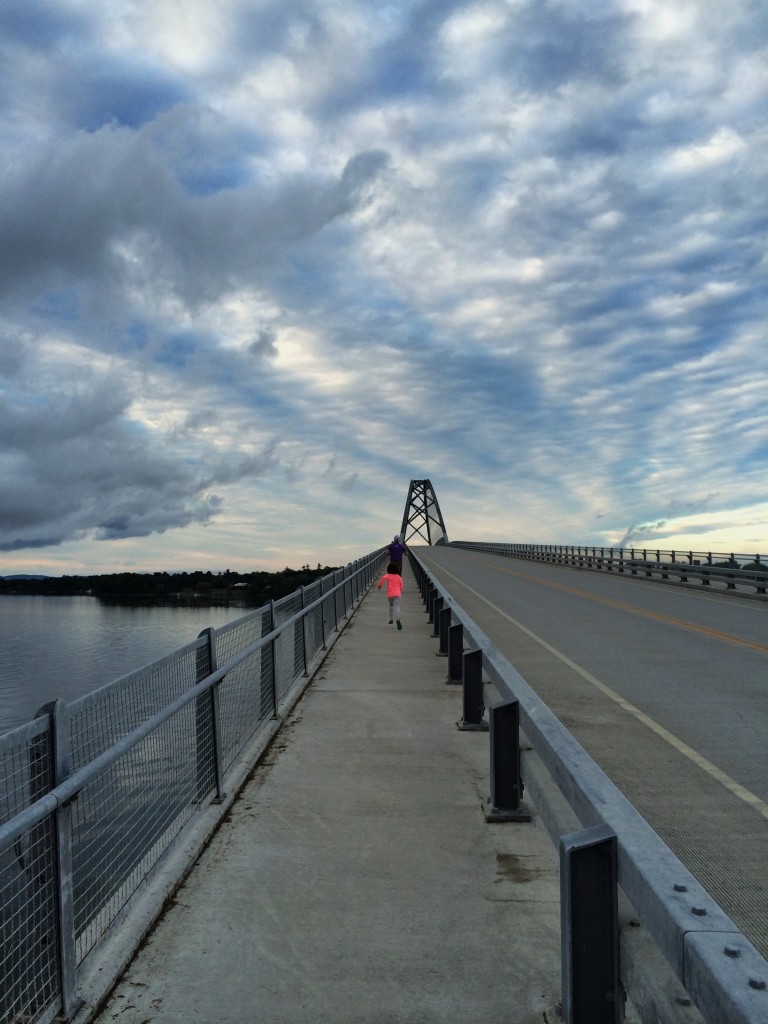 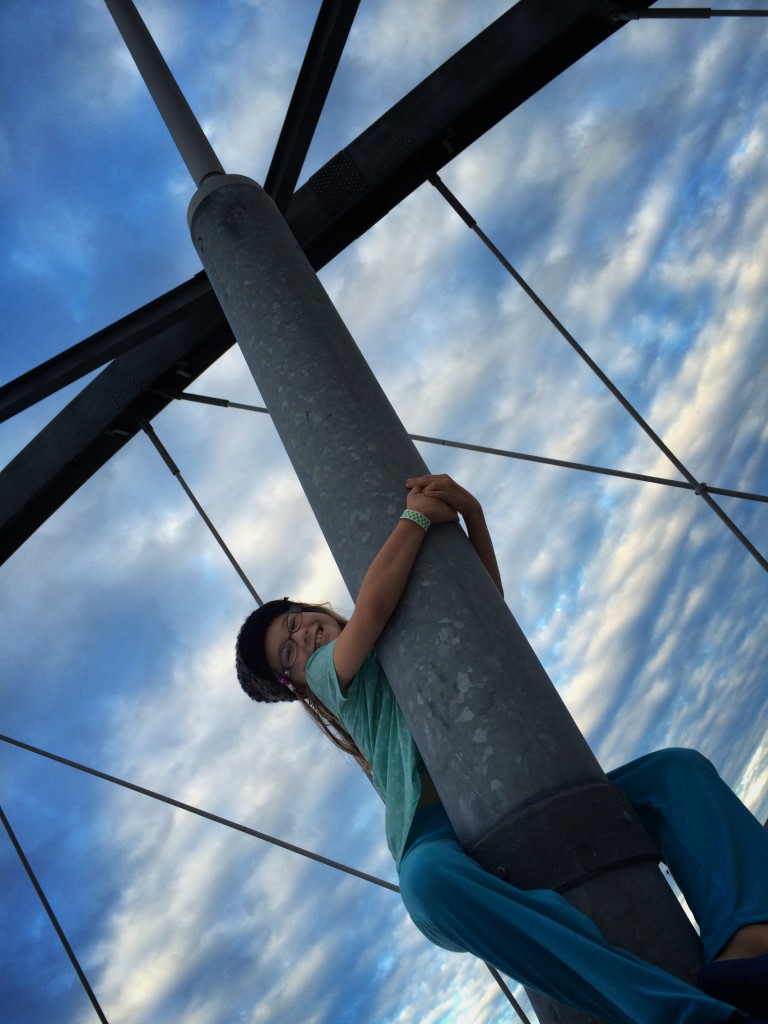 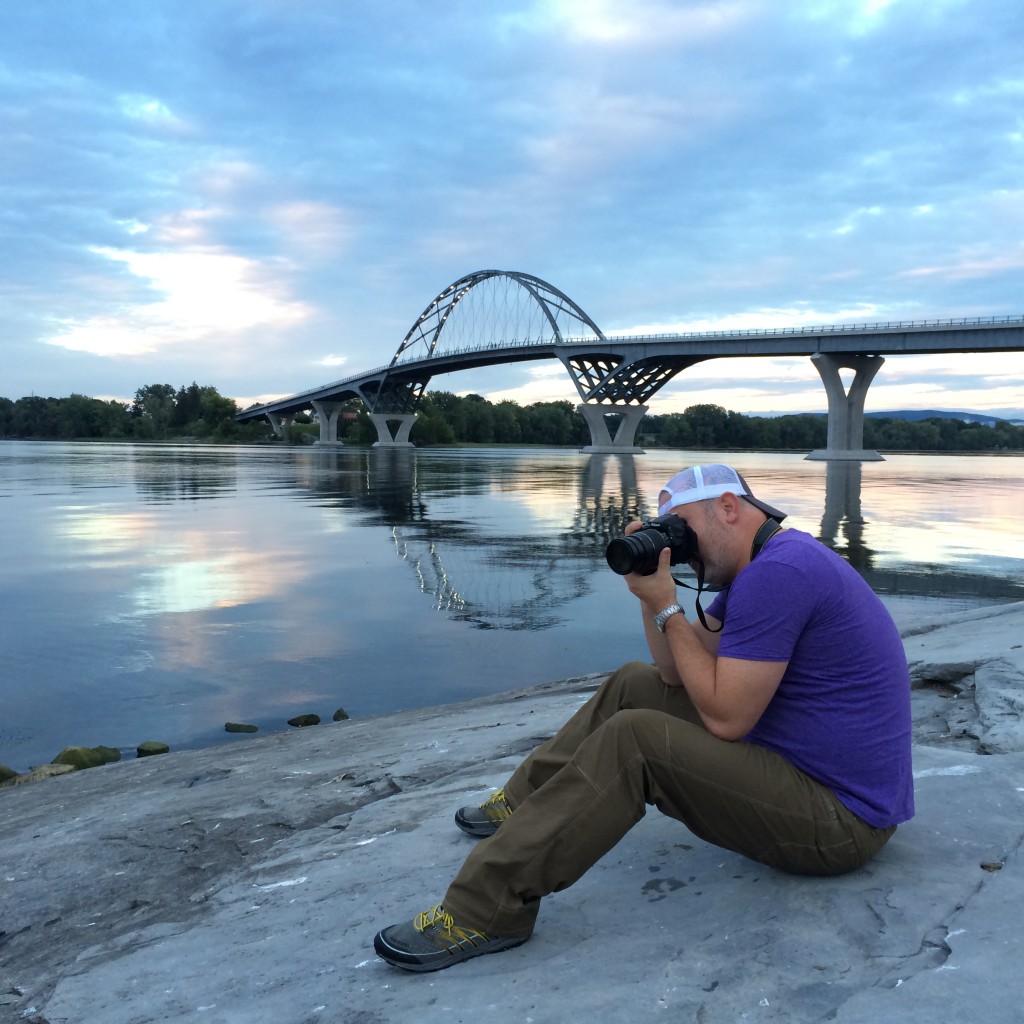 There was no rushing, no fussing. The girls took the lead and we followed wherever their curiosity took us. Step by step the road funk and travel fatigue slipped away. We squatted to examine carvings in the stone, some historic, some sophomoric. We wondered aloud about war and about water. Before I knew it, the tickle of wet grass on my ankles and that particular sensation of night air passing from the lake’s surface to my face gave me a kind of timeless peace, summers past and evenings still to come. I willed a thank you out into the night for the unexpected time without boundary of minutes or rules. 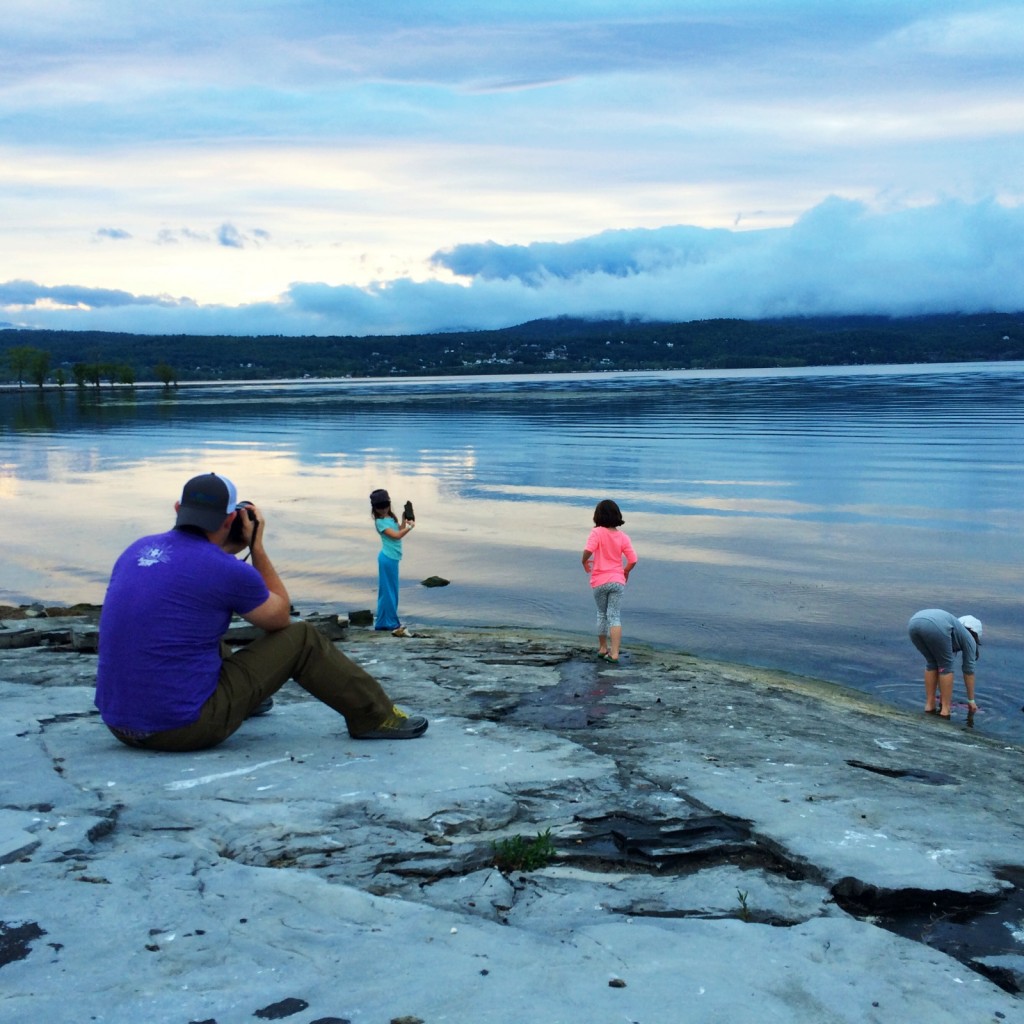 We drove quite literally into the sunset and I wondered if maybe happily ever after is possible night after night, rather than just once in a lifetime, when you just let go. 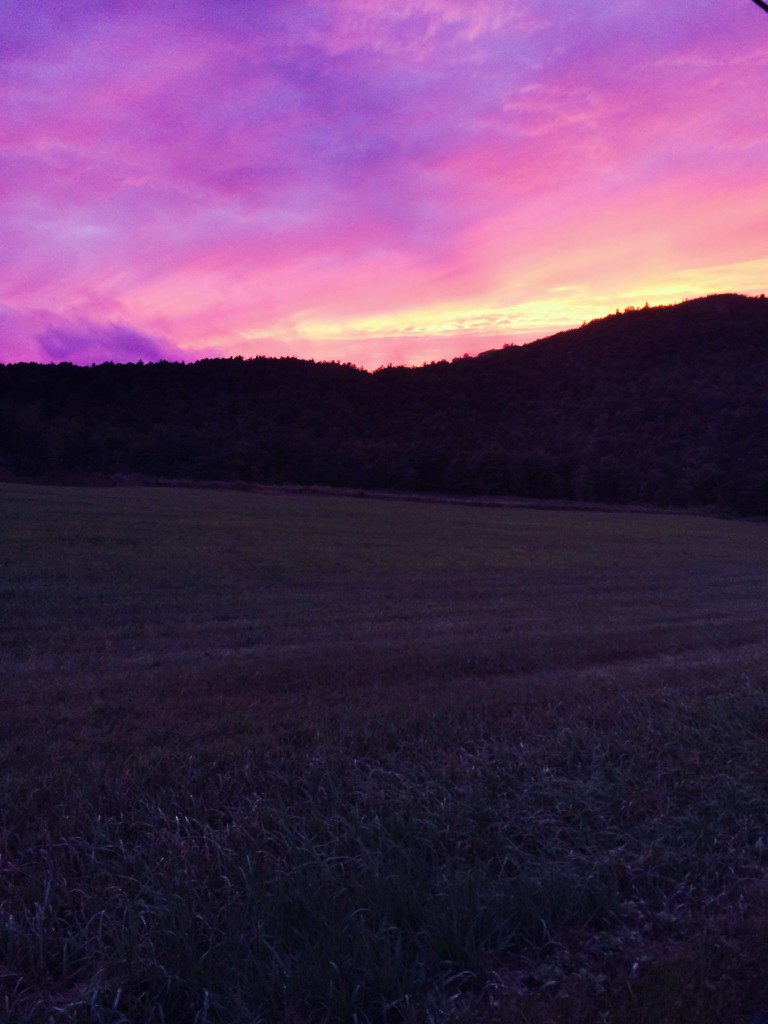