They were in the middle seat of the car; Finley was asleep in the row behind them. It was dark through the windows and snow was mixing with rain. Ave was playing Minecraft on her iPod, while Briar did the same on her phone.

“Briar, can you make me a pyramid?” Avery asked quietly holding her iPod toward Briar. It was the tail end of a long day. We were all still exhausted from the monster loop we did trick-or-treating in  the neighborhood. We’d gotten up first thing and driven to Vermont to see friends in a production of Joseph. The girls had been champs, getting along in the backseat and playing very little of the “Are we there yet” game.

“Not right now, I am doing something else,” Briar said very matter-of-factly. I pursed my lips and felt my forehead wrinkle.

“It’s just that it’s really hard,” Avery said trailing off as she leaned back into her seat. It wasn’t something that I could help with, something about Minecraft makes me feel like I am back in my childhood best friend’s downstairs playing Atari, “Wow, you aren’t very good at video games, are you?” her family would say to me. I’d shrink back against the couch and watch as they bobbed and weaved and using that black joystick they made things happen on the screen that barely made sense. Minecraft does all that and makes me feel queasy.

I leaned back into the seat heavily, the night air and wet snow through the window pressed against me like a cold wind. Sean was quiet beside me as I played the exchange through my mind again and again.

Instinct or maybe reflex tempted me to intervene. I could tell Briar to help her sister, Ave would be happy and then B could go back to what she was doing. That wasn’t right though. What had stopped me was how powerful it was that Briar felt comfortable saying no for the time being. As I look back on the decisions I’ve made and the impulse I’ve never conquered to continually fix things for people, it’s not something I wish on my girls.

Generosity of spirit and a sense of volunteerism or just plain giving back? You bet!

Do I want them to feel that they always have to drop every single thing to make someone else happy right then and there? I don’t think so, not when it’s about a video game. Her tone was even and very clearly left the door open to helping her when she was done.

The hurt I’d considered protecting Avery from was more life lesson than deprivation. People won’t always help her, the more I obscure that fact, the higher the point from which she’ll crash when life presents it. I don’t want that, but it also means swallowing that as the day they were each born grows more distant in the rear view mirror, the more duty bound I am to step back. The greatest act of love isn’t making things easy, it’s equipping the people you love with the trust that they are strong enough to do even the hardest things.

The other side of this scenario—the very matter of fact way that Briar dismissed the request is something that I know I didn’t teach her, I wouldn’t know how. When she was in preschool we worried that she’d be eaten alive. There would be times at the playground when older kids wouldn’t play with her and she’d look so crestfallen, “But why? Why don’t they want to play? We could build better or imagine more stuff together?” Kindergarten was touch and go, even now, she can still be somewhat innocent with some of the playground and bus dynamics. Little by little though, she is developing just enough self-care edge that I get puffed up and want to raise a cheering fist. “Get it, Briar.”

When I turned to look at them, they’d shifted, heads touching. Briar wasn’t building the pyramid for Ave, instead she was teaching her how to do it and Avery was soaking up every word. They were both better off for my not having butted in on their exchange.
And I am better for having them here to teach me new things every day. 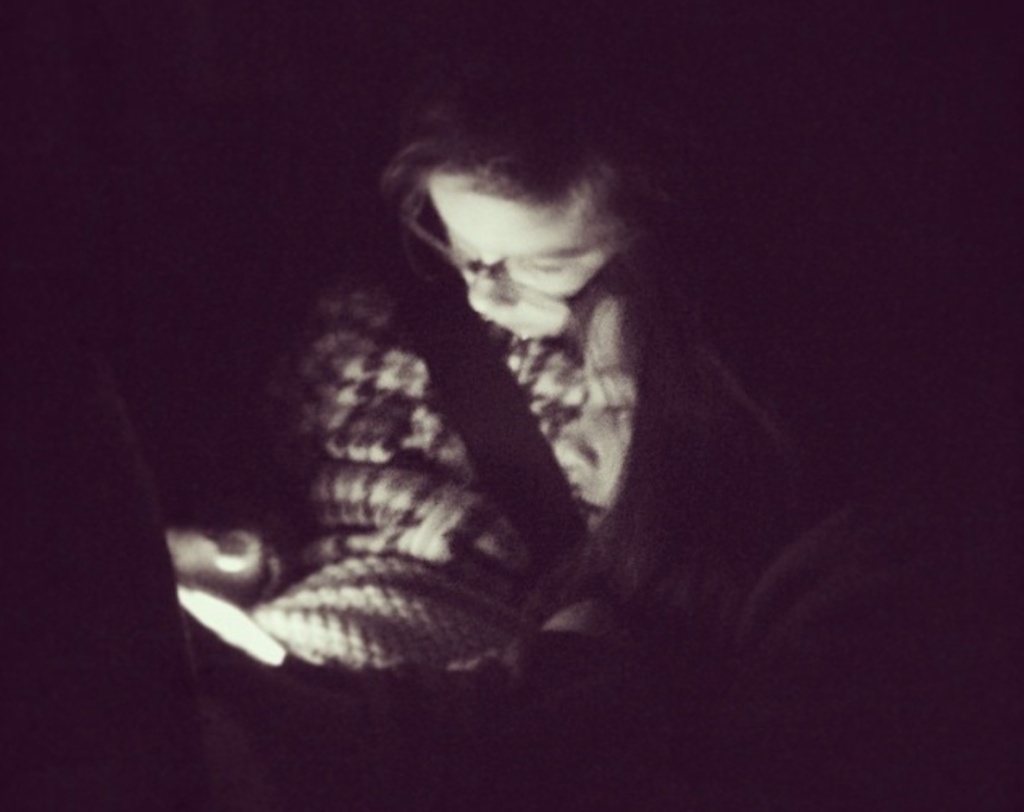