Expectations: Yours, Mine, and Ours

Potentially the most tedious thing about this post is that it is such a tired, damn argument. I’m not the first to write about it, nor will I be the last. I was trucking along, chatting with friends on twitter while I surfed in another window to the side. It was a perfectly lovely time, until an alert came through for a new email. I checked it on my phone. 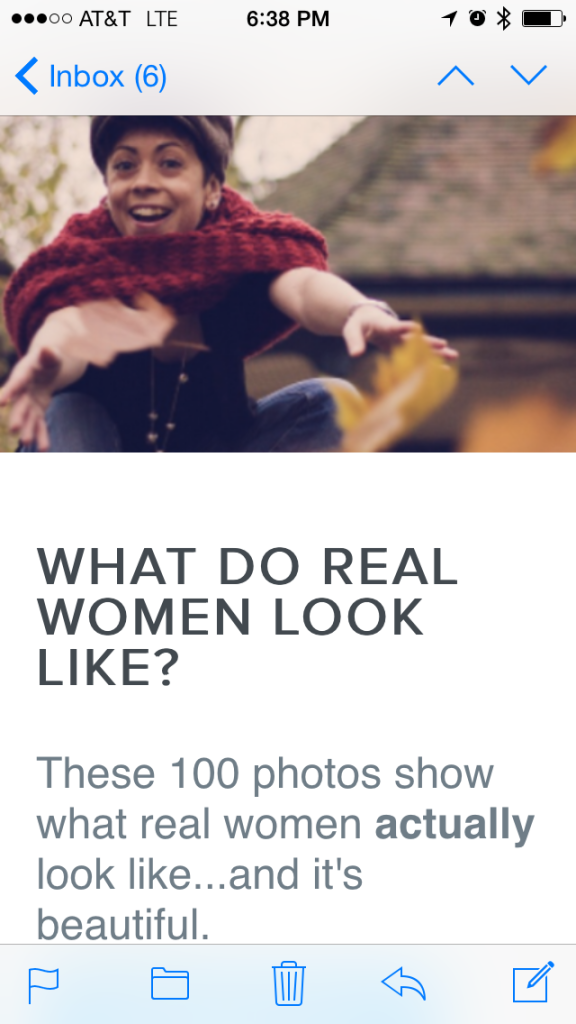 Presumably the email was sent to make me feel as if the sender and I were tight. Good friends. Real friends.

Because together we were going to celebrate a better, truer, more real kind of woman. We were going to feel better by emphasizing one body or lifestyle type as more authentic than another. Roar.

We are women, real women.

Stay at home moms are more real for focusing 100% on their kids.

Working outside the home moms are more real for working and parenting.

Single moms, divorced moms, gay moms, straight moms, we can all be the more real woman.

How exactly is one more real than another? As far as I can tell, it isn’t Barbie’s measurements that make her unreal, as much as it is the fact that, you know, she isn’t living.

I had these photos, snapped on a pass through the mall, ready for a ranty post about the prissification of working out, but then I called bullshit on myself, because liking pink or motivating yourself by fitting into a pair of jeans doesn’t make your desire to workout any less than that of a woman who hates pink and wants a larger bicep from her workout, rather than a smaller waist.

Working out is working out, right? Or do certain beads of sweat count more for their intention? 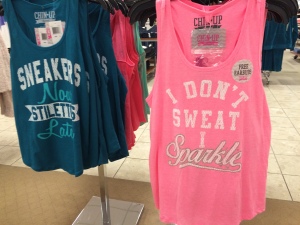 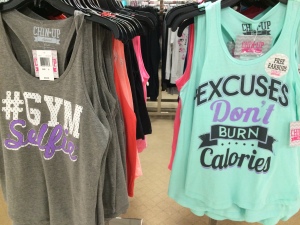 I have three girls at home. Last night we pored over the 5 Stages of Development listed in the American Girl book about young girls’ bodies. Ave gave me her take on which stage she thought she and Briar were in and how they differed. I explained that one girl’s stage 2 would be different than another’s and that, in fact, some women may always look like the shape of the 3rd stage. Our conversation was largely related to breast size.

I told them, inspired by this guy who I found through the fabulously real (heh) Jenni Chiu, that boobs are like noses. They looked at me strangely and I explained, “Everyone has a nose, but they are all different sizes and shapes. They all work and are awesome! You’d never expect your nose to be just like someone else’s or like a picture, would you?” They laughed at me.

Lately they have been tumbling in their room as they pretend to be gymnasts. I bought them each a sports bra and workout pants combination outfit. They love them. I love watching them, all built so differently, flipping and darting about. 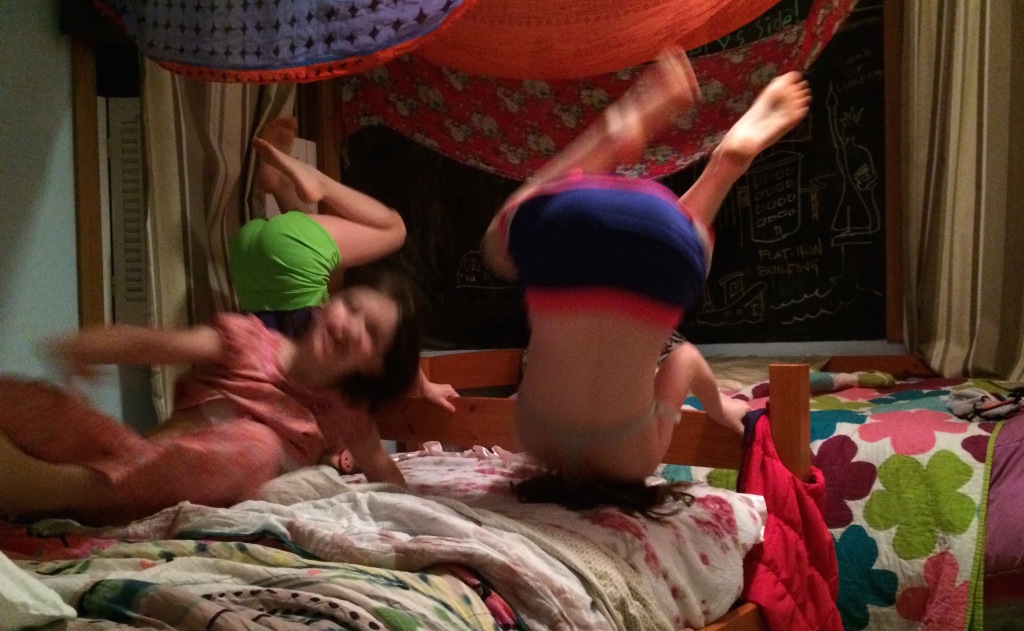 The thought that they might be on the receiving end of an email one day that basically says, “Hey, come look at this. Your sister is totally not as real as you. Let me show you a hundred ways that you are beautiful and she is not.”

We have got to give up this ghost. There is no real and there is no one day, there is who we are and embracing that, loving it, and comparing it to goals meant for each of us, not other people.

Power walking to marathons, pilates to power naps, you define your movement and what works.

Surgery? Yes! Or Never. Or wait and see.

Face cream? Yes. Or no. Drug store or mail order.

Acceptance? Mm-hmm, of the natural, the enhanced, the healed, the broken, the on-the-way, and the finally. It’s all real, because it is us, not because it fits within a certain definition.

As much as I want to pin all the blame on some well-defined villain, it’s a surge we’ve all contributed to and one that we need to address in the way that works for us. Remember Tracy Morrison and the Nordstrom beauty sleep pillow? Did you hate the Dove Beauty campaign? Maybe you loved it.

I clicked that email about real women and unsubscribed from the service (it was a photography site), then I unfollowed them on Twitter, then I called them out on it. That was for me, you don’t have to do that, but I do think that you, we, they, all of us need to stop using the word real as a way of describing only certain living people.