I remember in high school I had two really close friends and a third who occasionally joined us in our shenanigans. The two I spent the most time with, Kristie and Rebecca, were both shorter than me. They also tended not to get as worked up about things as I did. I always felt kind of clunky and out of control by comparison. When there would be misunderstandings between us they would talk in back channels and often use our other friend as a way of talking with me. This of course only made me more frustrated. I look back on those years, awkward and tumultuous as they were, with great affection. These girls still cared for me in spite of how fiery I lived, we were able to turn to each other as boyfriends came and went, teachers annoyed us, or our parents grounded us.

As the girls are getting older I go back to those days and remember the intensity of the hurt and the excitement. I want to have a foothold for compassion and empathy. It’s also helpful to be able to shrug and say, “That’s the way it goes and it hurts” because all these years later not fitting in still hurts. People still judge even though we seem to promote the idea that it stops after middle school.

The hindsight of those relationships also helps me to understand the political cycle a bit better. We all process things differently, some of us having unshakeable beliefs that while never shared aloud are no less credible or worthwhile than those that get blasted in ALL CAPS insistence. We process in different ways. I have been guilty of getting snarky on twitter during debates, but I stop hard at the line of personal attacks.

Name-calling, sweeping generalizations, and attacks that veer off topic aren’t my bag. I’ve been called names as often as I’ve grit my teeth and flared my nostrils and thought mean thoughts. Every time that happens I try to redouble my efforts to understand and just maybe to find a tiny bit of common ground.

I’ve been characteristically vocal about my support of Hillary Clinton, but I haven’t said nearly as much as I have thought and felt. I am ashamed by that. I’m also genuinely angry about people who mock those of us who are speaking up. Facebook, the coffee shop, and Twitter are places where we talk about life. Sometimes it’s family, other times it’s work or the economy. I do not accept the idea that not talking about politics makes someone more dignified or proper than those of us who do.

I can sit down and discuss the merits of expanding beyond a two-party system, but I think that we have a more pressing issue right now, which is the very real prospect of having a man who hates women outside of our role as pleasure holes, who proudly views people of color as lesser humans, and who believes gaming the system is a sign of intelligence may take the helm of our country.

I can appreciate the uproar over the candidates that we have to choose from this year. Neither is without flaws, agreed, but they are the entire menu. It’s an either or scenario. Let’s elect the better candidate and then leverage all of our passion, frustration, and hope to influence that person to govern in the way we need.

Am I being naive? I don’t know. I know that when I think of where I am from I want it to be a country that makes living possible.
I want to welcome people who flee abuse, those who come in search of a better life.
I want women to have access to health care, safety from abuse, and opportunities to reach any rung on the corporate ladder.
I want law enforcement to feel that they are safe, encouraged, and supported in their guardianship of all people.
I want every kid to have breakfast, lunch, and dinner.
I want education to be something open to everyone and I want all students to get the same treatment, whether it’s girls and boys being held to the same expectations of behavior and dress or black kids not being penalized more quickly and harshly than their white classmates.
I want bathrooms for humans.
I want humanity to be more important than religion.
I want fixing what’s broken with gun ownership to be a nationwide priority.

Unlike Donald Trump I won’t just lean in and grab the pussy of whatever or whomever I want. I am speaking up, listening, speaking up some more, and really trying to keep my panic at bay. One of the things that confuses me is the way the attacks of Hillary Clinton so often veer of into the actions of her husband. I don’t see Melania Trump being vetted in the same way. Let’s be honest, we’ll never have another Michelle Obama. She set the bar high and we should all take a moment to reflect on the legacy she will leave of compassion and composure.

I believe that Hillary Clinton will do a better job of working toward the United States of America that I want to live in than Donald Trump. She has demonstrated that she learns from each experience. She listens. She cares. I don’t believe either of those things about him.

I am probably not attractive enough for Donald Trump to lunge at me, aiming for my mouth or my pussy. I think Hillary Clinton would listen to me and if she disagreed she would explain why. We would continue to talk.

Does it sound like I am living in a dream world? I think the greater issue is are we heading toward a nightmare?

If you are quietly harboring support of Hillary Clinton, thank you.

If you are speaking up for Hillary Clinton, thank you.

If you are on the fence, thank you for reading this and considering the United States I am hoping we can get to.

If you genuinely believe Donald Trump is viable as President can you explain it to me?

It’s time. We can’t be passive or uncertain. Let’s do this. 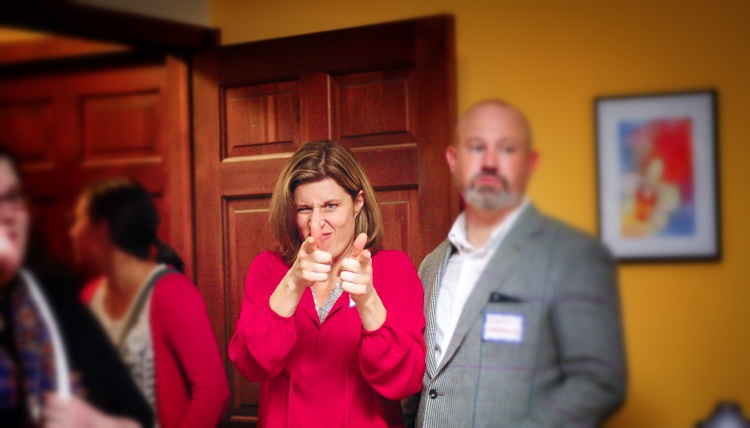