Ariana Grande and Growing Up

Sean is the playlist guy around here, followed quickly by Briar and then Ave. I enjoy the detail that I wouldn’t manage on my own, except it has started to hit me that music makes things more enjoyable. When I start the coffee pot I say to Alexa, “Alexa, play music for us,” more often than not she responds with, “Here’s a station you might like: Ariana Grande.” The first time she did it I laughed out loud. The girls weren’t with me and it seemed preposterous that she would be my music of choice, except the thing is I enjoy it. When the girls came down they start snaking between the counter and me to grab things, dancing along the way. They sing along and mornings became a lot more fun.

I read the news about the concert in real time on twitter just before bed, the next morning I wasn’t really thinking about it as I raced to get things done. Briar turned to me stricken, “Mom, what happened? Everyone is putting Ariana Grande things on Musical.ly. Did she die?” The light from the screen shone on the right side of her face and morning light streaming in the window to her right bathed the other side of her face.

“No, she is fine, but people—kids were killed at her concert,” I said simply. The death of children isn’t new to her.

I had no answers and the collision of fury and defeat inside me were deafening. “I think that people want to show their hate and the more innocent the people, the stronger they think their message gets.” She considered that, blinked, and went inward as she murmured, “Why…” 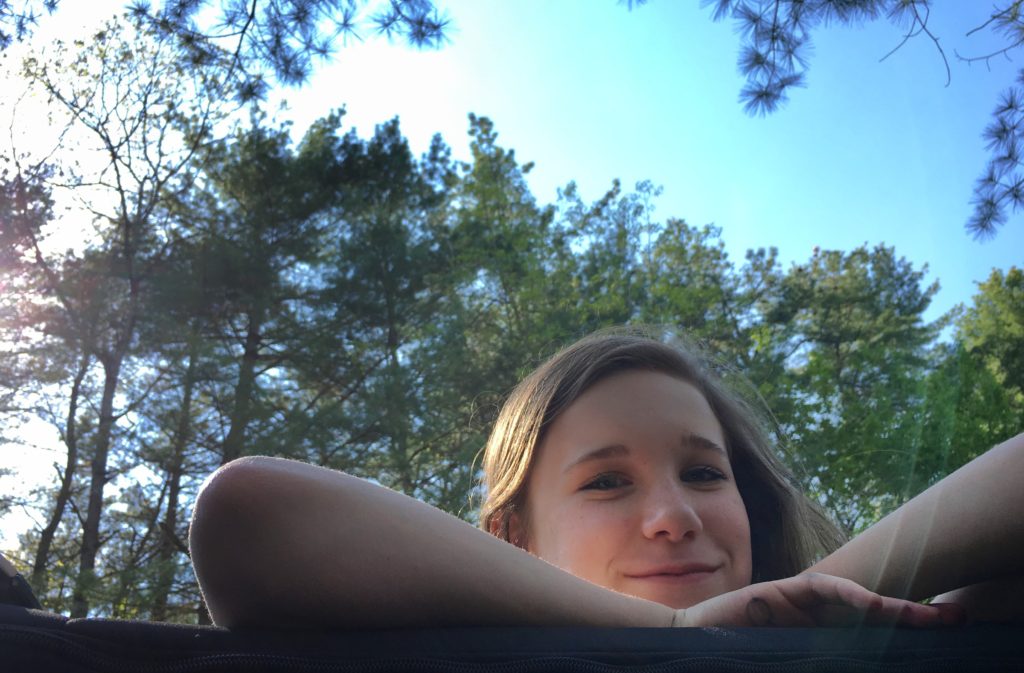 Yesterday she and I were driving home from the optometrist with her new glasses. I was asking her about an article I’d shared with her on Twitter, showing ways to talk to kids about crowds, separation, and communication.

“Did you read it?” I asked. She nodded and said, “No, but I hearted it.” I smiled, this is our new way, navigating communication through social media and understanding how each of us uses it. “I just saw it at lunch and was like, heart,” she smiled at me.

“Ok, well it talks about things to do to make sure you are safe,”

“I still can’t believe those kids were just killed at a concert.”

“Me either, sweets. I do want to talk about the article though, it talks about the idea of writing a phone number down in sharpie on your arm. If my phone died I wouldn’t know your number or Ave’s, and, in situations like the concert, if you were hurt, people would know who to call.”

She thought about what I’d said. I think this is where some of the disconnect between how I, as an adult not raised in a time of lock-down drills, and Briar, just weeks of a bomb threat at school see the world. “We have to think about things like keeping your phone charged so you can contact us. What would happen if it died at school and you needed me?”

She turned to me and said matter of factly, “Oh, that totally wouldn’t matter. We aren’t allowed to call or text during a lockdown.”

“Yes, no contact outside of the school, because what if parents just showed up and we couldn’t get out? Also, if you guys knew and you came, more than just us students and the teachers would be killed. It could be parents and sisters too. Have to follow the rules so the least amount of people will die,” she looked unbothered.

I felt like I was going to be sick. I rolled down the window and made a sound I hoped sounded like “Uh huh.”

“Ok, well I think it still makes sense to think about battery charges,” which as I said it sounded so insignificant and futile. She looked at me, “Ok.” She looked like she was 18 months old and 18 years old in the same minute. Bubbles of hysteria made my arms start to prickle. How do we even get to 18 years? No movies? No concerts? Homeschool? No travel? One month from today she flies to Paris.

I am not in control.

I cannot fix everything.

Me: “That sounds perfect.”

Then it was home and on to voice lessons. Finley was singing My Favorite Things and the normalcy of it all broke me. We have to keep going. Loving, nuzzling puppies, and allowing childhood to happen with all its warts and wonder.