This morning was hard.

Exhale. The mundane and the tragic collided. My whole morning sprawled out before me in a complicated matrix that would get me to the train station. My mind and heart were heavy with thoughts of Nia Wilson and her beautiful, vibrant, just-barely-getting-started life being cut short by a man who didn’t give it a second thought. She was going somewhere and then she was gone. 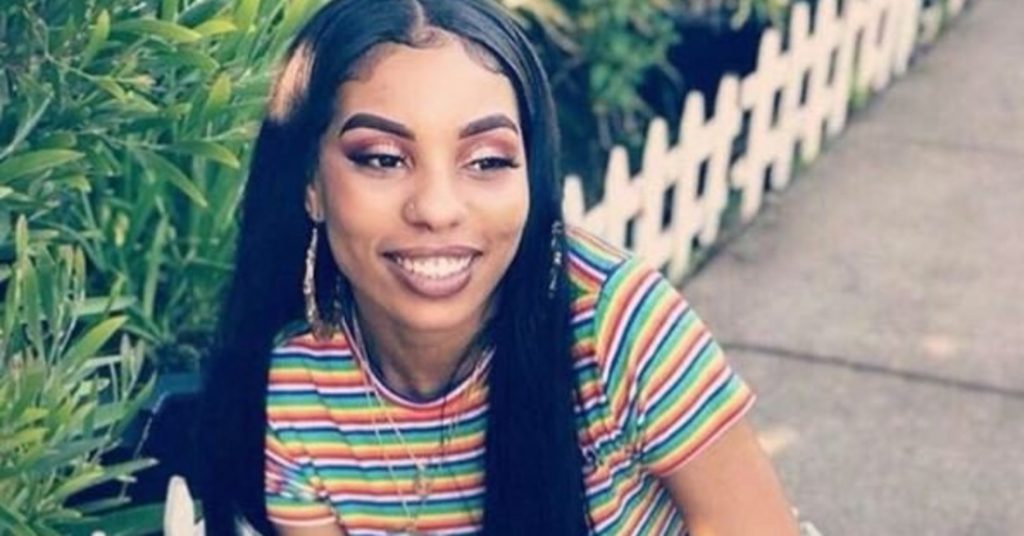 I clenched my teeth and wanted to bite my fist, turn back the clock. Make it fucking stop. How can she be dead? How can a sister have had to helplessly cradle her sister? How can the world keep going? 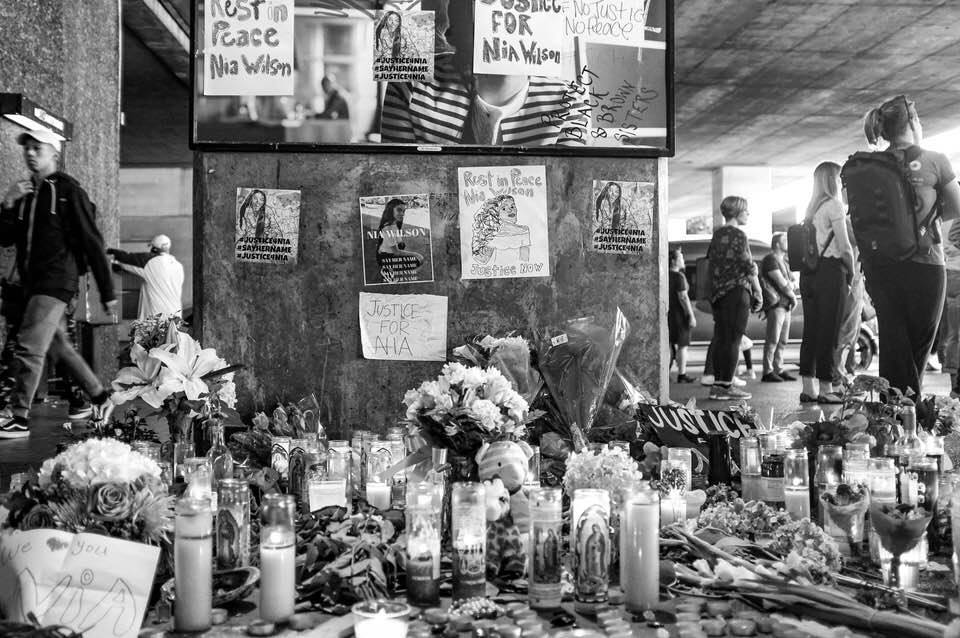 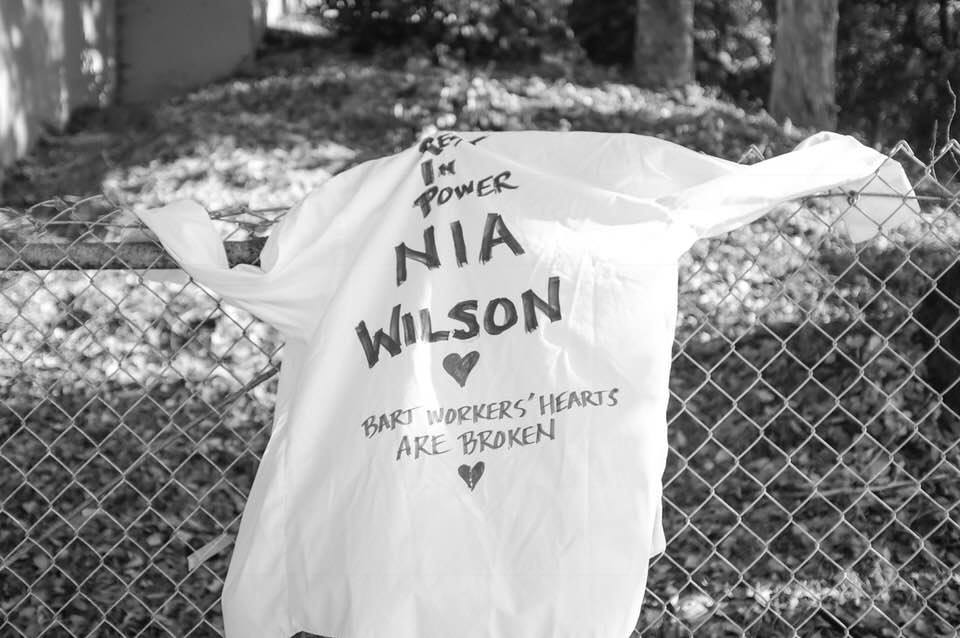 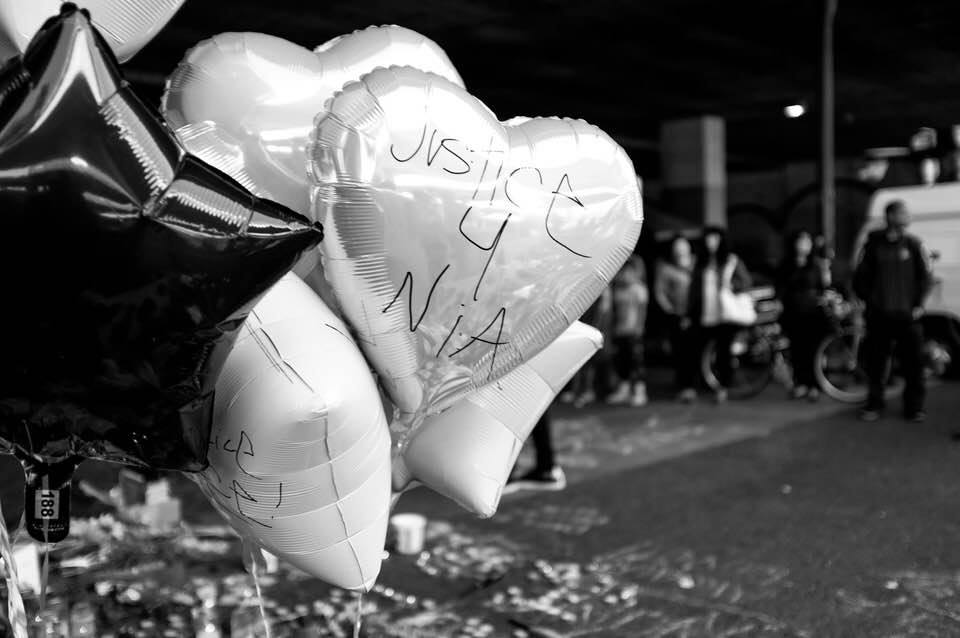 Oh, never mind, this is America. The ink and the buried articles about her will barely dry by the time another black woman is murdered. Her character and family called into question, and the tired, “If she’d only _________, then this wouldn’t have happened.” Others will take to Twitter and use the hashtag #SayHerName , but most people won’t.

Then there were my girls. Three sisters. Finley rubbing my arm, “Mama, is this right?” Her fingers touched the two clips she’d put on either side of her forehead to hold back her hair. “Will this keep my hair from making my skin have bumps?”

I clutched her face in my hands and kissed the crown of her head. “Perfect!”

I looked over at Avery and Briar waiting for me to help them with their hair for Chicago. “Bri, can you pass me that?”

“Sure, here you go, Ave.” Nia called her sister Letifah’s name over and over again, “Tifah, tifah, tifah.” Her sister could only shush and say she loved her.

She died because a white man decided she didn’t deserve to live. Her sister watched the man wipe the blood from his knife.

White girls maybe get killed if they go out for a jog, but for black women, it’s if they go.

If they go outside.

I was supposed to get through all the morning stuff so I could take a train to NYC. I’m on that train now. Most likely I won’t die or if I do, it won’t be because I am white. I want to enjoy this trip, the exhilaration of the train and the city, but I can’t separate that from a young woman who should be posing for selfies and laughing with her sister.

So many of us have such privilege and the collision of that reality and anguish shouldn’t be the only time we think about it.

I did my girls’ hair this morning. I kissed them and listened to them tease and joke with each other. Briar texted me about her hair coming loose after the dance rehearsal.

I’ll talk to my daughters about Nia. We’ll talk about privilege. We will #SayHerName and we will speak up.

Violence against black and brown women is disproportionate to white women (and, just in case your were wondering, it’s, of course, NOT new). In a study done from the US Department of Justice during 1979-1987 (https://www.bjs.gov/content/pub/pdf/fvvc.pdf) these were the facts:

Latina women were more Iikely to be victims of violent crime victims than non-Latina women.

Women younger than 35 experienced higher rates of crime than men or women older than 34.

In a study done by the bureaus of justice in 2016 (https://www.bjs.gov/content/pub/pdf/cv15.pdf) here were the stats of women as victim of violent crimes by race:

Other 25.7
… So while, the number of women experiencing violent crimes went down since 1987, we can still observe that the rates of victims who are BLACK women – experience more crimes against them as opposed to WHITE women and LATINA women.
▫️
Knowing these numbers is very important. It means that we, as women, can really grab hold of how ALL OF US are affected in society and crime.
▫️
So as we work to end the oppressive systems that do not report about these crimes we can be on the look out to raise the voices of these victims, ensuring that they’re not ignored and that we, as a society are PAYING ATTENTION and are AWARE of what’s happening to our black and brown sisters.
▫️
We need to be aware and looking so that we can #sayhername .
▫️