A week and a half ago I told Briar we could go to get her hair trimmed. I had thought that we’d go on that first Saturday morning. An unexpected guest, a work commitment, and a sick sister kept cutting in and preventing the outing. Each night I’d watch her brush her teeth, grown-out, pin-straight bangs slipping over her glasses. I wanted to make the hair cut happen, I wanted the time alone with her. What happened?

Five weeks ago I bought nail polish remover and clear nail polish with the intent of painting my toe nails that same night.

Each morning when I reach beneath the bathroom counter to grab my make-up I see the basket of nail painting stuff and I cringe. How is it possible that in five weeks I have not found a chunk of time to paint my nails?

Eight months ago I bought a pair of frilly underwear to wear beneath a flippy sundress I bought to wear in the suffocating summer heat in NYC during BlogHer. My thought had been that in the off chance that I was caught off guard and my dress flipped up, voila, fancy underpants and a coquettish blush.

I chickened out on the spiffy britches and they sit tucked alongside the tank tops in a dresser drawer. Each morning as I root around for a bra I see the grey ruffles and feel deflated.

I was going to purge my closet, at long last donate all the things that play a part in the daily, “I hate everything I own” game. Every time I go to eliminate the stacks of things that go unworn season after season, I found a reason not to

—Maybe I can wear it with a sweater.

—I can’t really afford to replace it.

—It was sooo expensive.

—I should try it agin.

—Ooh, look, a letter to the tooth fairy.

I was going to write a book, but the crippling doubt about how to start or if anyone would really want to read my words brought a cloud so dark that I couldn’t see the keyboard, couldn’t enter a word without feeling like a sham.

Articles that I was going to write for work fell victim to the paranoia that someone would judge, misinterpret or simply not take note at all.

I recall sitting in a chair at the acupuncture practice of a friend, I’d been sitting with the needles in place for about 20 minutes when he came to check on me.

He said in an easy whisper, “How ya doing? Everything feel ok?” He scanned the needles and then looked at me, waiting with patience and a complete absence of judgement. He genuinely wanted to hear how I felt.

I hesitated and then whispered back, “Actually, my arm is really itchy, I keep wanting to move it and then I jostle the needles.”

He looked at my arm and then smiled at me, “Isn’t it remarkable what the mind will do to keep you from focusing on what is important?” He gently adjusted the needles in my arm and said with a nod, “Focus on allowing yourself to feel better. There is no real itch, just avoidance that you can overcome.”

As he walked away tears spilled from my eyes and my arm flared with a riotous itching sensation. The door closed softly behind him and as I relaxed my shoulders the itching stopped.

I’ve thought about that many times. It isn’t easy to stay aware that so many of the impediments that keep us from accomplishing the things we want to do are within our power to stop.

Naysayers, detours, false sentimentality, feeling unworthy—allowing them to distract you from your path is just giving your power to your doubt. 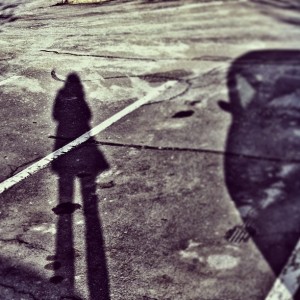 Sit back, focus on feeling good and let the rest of it fall away.