The other day I was sitting in our backyard soaking up the sound of the leaves  in the wind, the rustle like water to my ears. Blades of grass danced with beads of water from the soaking I’d given them. I looked at the yellow blossoms popping along the cucumber vines, the soil rich with coffee grounds and molasses water. Pink chive blossoms bobbed in the wind from their perch in the whiskey barrel, along with the cilantro and mint I’d planted.

Then something caught my eye, a little blossom that I hadn’t planted, a volunteer, my mom would call it. It had sprung from the crevices in the stone wall—never planted, never intentionally watered, and having to strain for its place in the sun. I crept toward it, utterly mystified that it could grow there in the damp, dark circle of the walk. 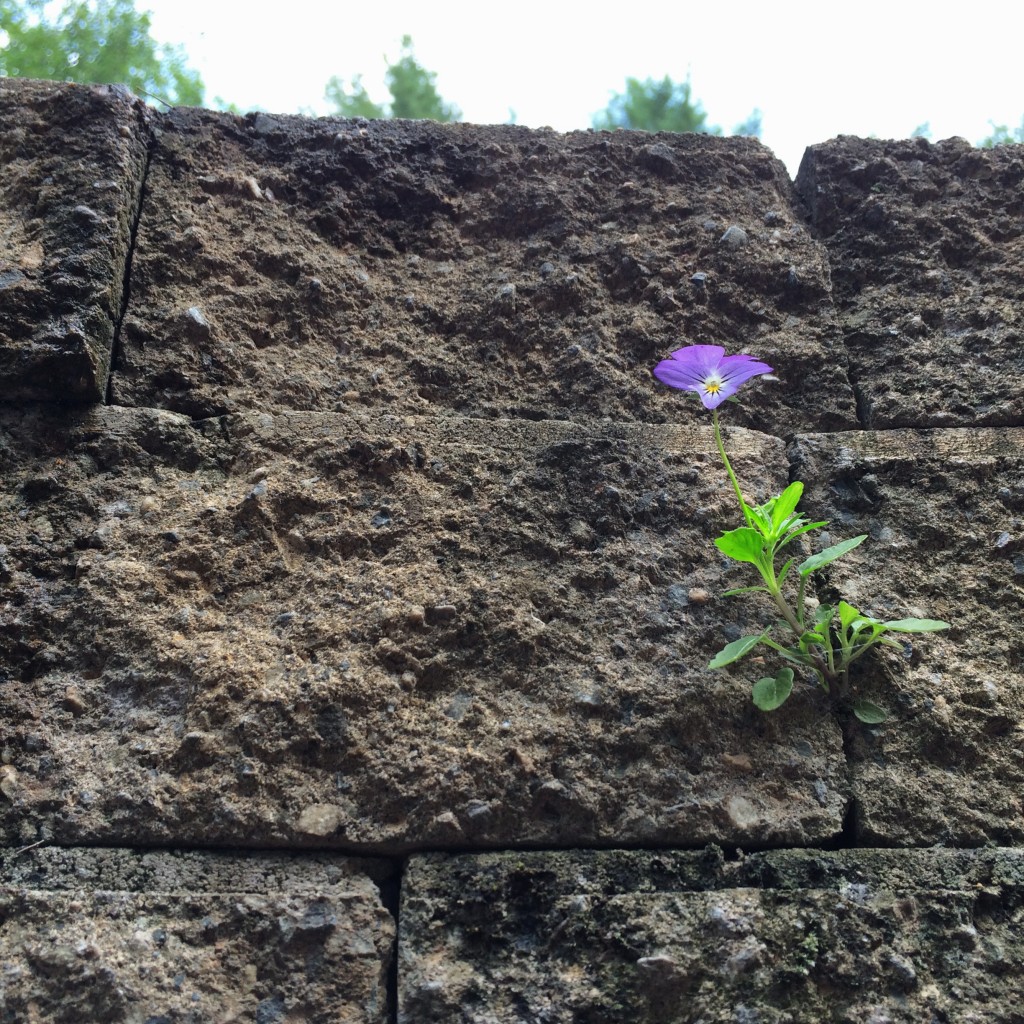 I snapped pictures from every angle, trying to capture the spirit I saw in the delicate blossom, the improbable strength, and the parallels I saw in the voices rising after the murders in Charleston. It was my way to try to add a voice without overstepping, assuming, or forcing my way in. It didn’t really work.

I kept thinking about what I’d seen in my yard and what was happening in the world. I shared stories I read online and talked with Briar one afternoon.

“Did you hear about the shooting?” I asked. She often tells me that they watch CNN Student News at school.

“You mean the convicts? The men who escaped?” She asked earnestly and nodded.

“No, I mean the nine people who were shot and killed inside a church.”

“In a church? Why?” she asked horrified.

“Because they were black.”

“A twenty-one year old man pretended to pray with them and then he killed them.”

We talked for some time about how to deal with hate. She said maybe all the people who hate could be killed or locked up. I explained that killing a person doesn’t kill an idea, that the hate still lives. As we continued talking she latched on to the idea of it having been done by a 21-year-old more than she did to it having been done to black people.

Two days later I asked if they’d talked about it at school. “Nope, just the convicts.” I winced. They surely talked about ISIS, as she’d recounted discussing the evil of foreign terrorists. That wasn’t too heavy. A music teacher taught them that the notes in music, EGBDF, are governed by the God on top and the Devil on bottom. Religion wasn’t too loaded to talk about.

Nine people dead from hate? Not a word.

I waited as I weighed my own burden of responsibility in the dense knot of hate in our country. Little things, teaching my youngest that the movie isn’t the brown-skinned Annie, it’s the new Annie or it’s the Annie with Quvenzhané Wallis. There are countless things on a daily basis, from wise cracks to stereotypes that go uncorrected by grown ups. Small things add up to very big things.

Then a second flower appeared. The girls gasped. “Mom, can you believe it? There is a white flower now too. It’s growing right there with the purple one.” We held our fingers under each blossom, gently lifting them up and admiring them. “I can’t believe they just did that, they just did it from nothing. Did you even water them?”

“You know what? I didn’t water them, but I’m sure going to start.”

Briar swiped a leaf from the path. “Look, mom, it’s a heart,” as she held it over the two flowers. It began to look like a whole lot more than a single volunteer beating the odds. It was starting to look like a makeshift garden. 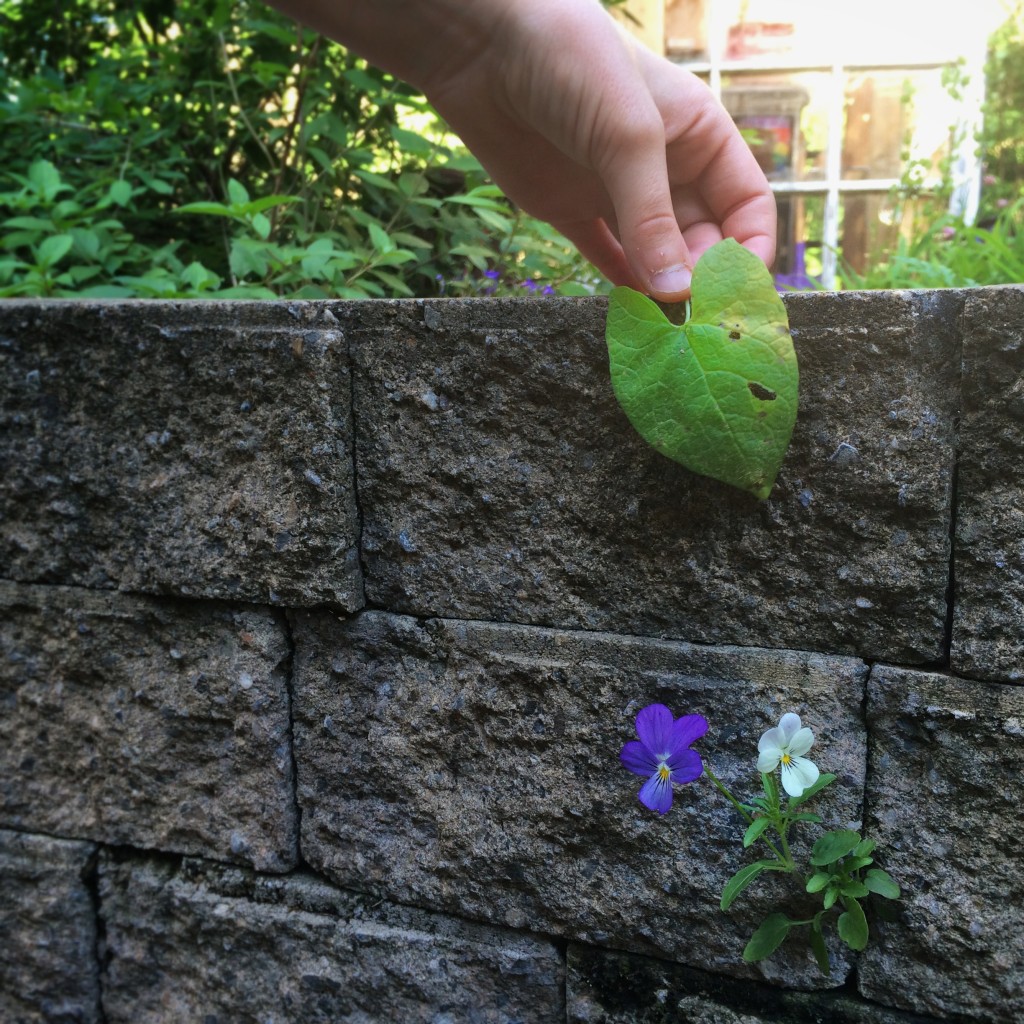 I don’t think that what we have ahead of us is easy or certain, but I think it’s worthwhile. My start is learning*, listening** to others even as it makes me uncomfortable or feel guilty. I’m going to do it along with my girls, because they are my garden. I am feeding them and showing them how to lean into the light as well as how to help others have their share of the sun.

** Two people who I am listening to are A’Driane Nieves and Kelly Wickham.