Seasons Are What You Make

This morning was the day we were putting our boat in the water. The timing wasn’t the most convenient, this month is chock full of travel for work. As I write this Sean is wrapping up a presentation/event with our business partners in the City of Oneonta. We had about a two-hour window to get it all done.

I love being in the water and on the water, but the boat aspect is Sean’s love. I was more swimming pools and tromping in rivers, while he worked at a marina and rowed in college. He grew up on Lake George, and for as long as I can remember, any chance he had to be out on a boat, he grabbed. After I relocated from the West Coast people used to say, “But don’t you miss it? The Pacific Northwest is so gorgeous!”

I always shake my head. “When a person loves a place as much as Sean does Lake George, you can’t help but love it too.”

We were together 8 years before we saved and researched enough to get a boat. The stars aligned and a family in Champlain was ready to let their boat go. Our having three daughters appealed to them and I think they made it easier than they had to. “I want the girls to experience what I did. I want them to explore islands, swim off a dock, campfires and rope swings.” That boat and the adventures we had on it are central to so many memories we have with the girls. 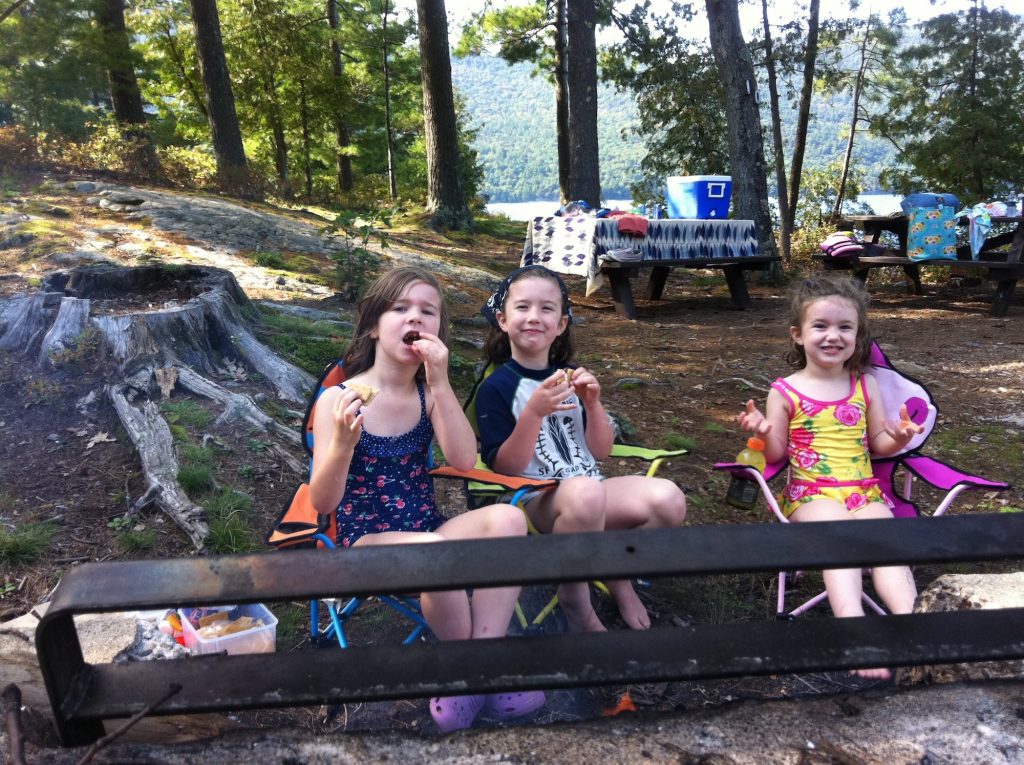 We were on Black Mountain Point on my birthday one year, all three girls took their life jackets off and swam in the choppy water. I was nervous, Sean was proud. Later we hiked up the mountain a bit, and Briar marveled as she swung from a branch, “It’s like we’re on a playground, but not a school, just nature’s playground.”

Selling our place in Vermont was bittersweet as it had been another significant part of our family’s foundation, backed by a soundtrack of Hamilton, Lake Street Dive, and Frank Sinatra. This had been another thing that Sean wanted. “We’re not good at leaving work. I want a place for us.” He amazes me with how he sets his mind to something, usually based on something he feels in his heart. I used to think I lacked his conviction or determination, but that wasn’t it.

I struggle to say what I want, beyond that I am unlikely to speak up for what I want if it feels like it will inconvenience or make additional work for someone. I have come to understand that it isn’t a life sentence, we can learn to do this. We can find the voice to say what we want, to declare, “Oh, just you wait, this will happen.”

This morning as we were going through the morning routine I told him that I was hoping to swim. He told me it was probably too cold. Then he smiled at me because there is no too cold for me.

“Are you going to pack a towel?”

“Aren’t you going to jump in with me?” I asked.

I shrugged and packed a bag with several towels. We got to the marina. He was wearing a sweatshirt, Adam, the person who sold us our boat, was in long pants and a sweater. As we stepped on the boat, Sean said, “You want my sweatshirt?”

“No, I’m fine.” We spent thirty minutes learning about the boat before heading out for a cruise. I had goosebumps rising on my arms and legs. “You sure?” He asked.
“Yep.”

Swimming isn’t about the temperature or how clear the sky is. Swimming is like getting to go on the merry-go-round, it’s staying up past bedtime, it’s biting into an apple that’s crisp, tart, and juicy. Warm pool water, cold ocean waves, lake water with its pockets of cold, even lying in a river, I love swimming.

After we visited the dock space, Adam said, “Well, you want me to go through covering it up, and we can get a ride back?” Sean said, “I think it’s smart for us to take you up on that, thanks!”

Before I even realized I was doing it, I yelped, “No!”

They both looked at me in surprise. I was too sheepish to say to Adam that I wanted to swim, nervous he’d say it was too cold. Sean looked at me, I tilted my head and said, “I’m not ready for it to be over.” Adam laughed and said, “Fair enough, let’s go back to the marina, and I can go over the bow cover with you. Then you guys can go back out.”
Ten minutes later we were done, and Adam was walking back to his office. I looked at Sean, “I really want to swim. I realize it’s not convenient.” He grinned, “I get it. Let’s do it, and by that, I mean you.”

I had a sort of stutter step thought that maybe I should apologize and bag it. Staying was going to make him late, I didn’t really need to swim.

Not this time, Amanda.

I sat next to him and said, “Thank you.” It took a few minutes for my shoulders to drop. When he asked me where I wanted to go to do it, I was quiet. I thought about it and said, “Anywhere, right here, wherever,” I have been looking forward to this.

We motored north a bit and then killed the engine. He asked me if I was ready. I nodded. We both grinned, sharing a mutual love for water that manifests in different ways. We’d gotten each other here. 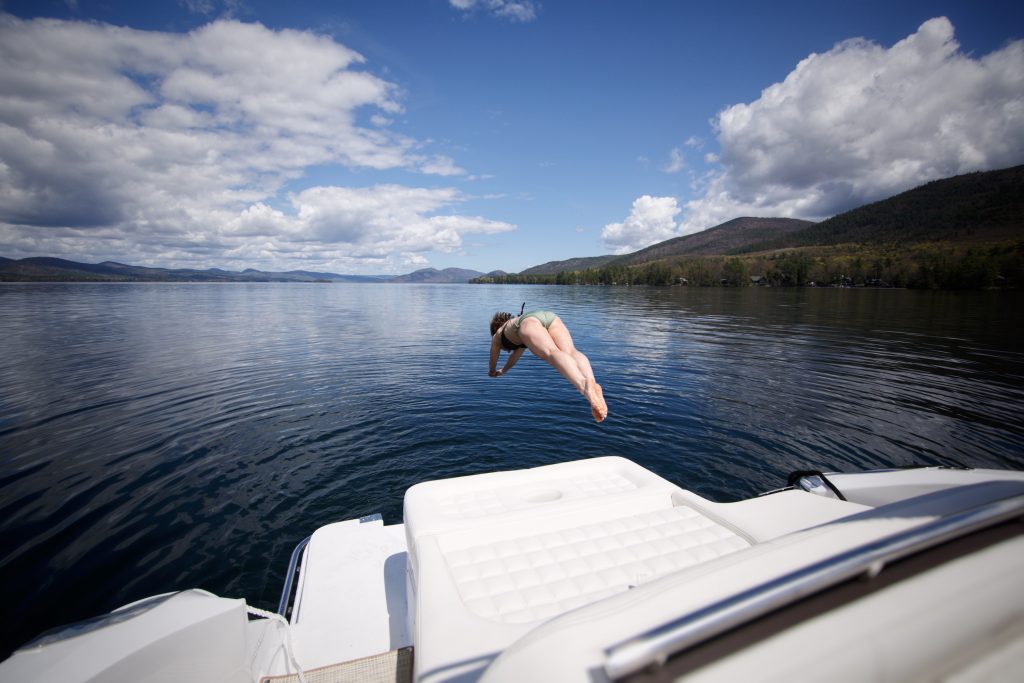 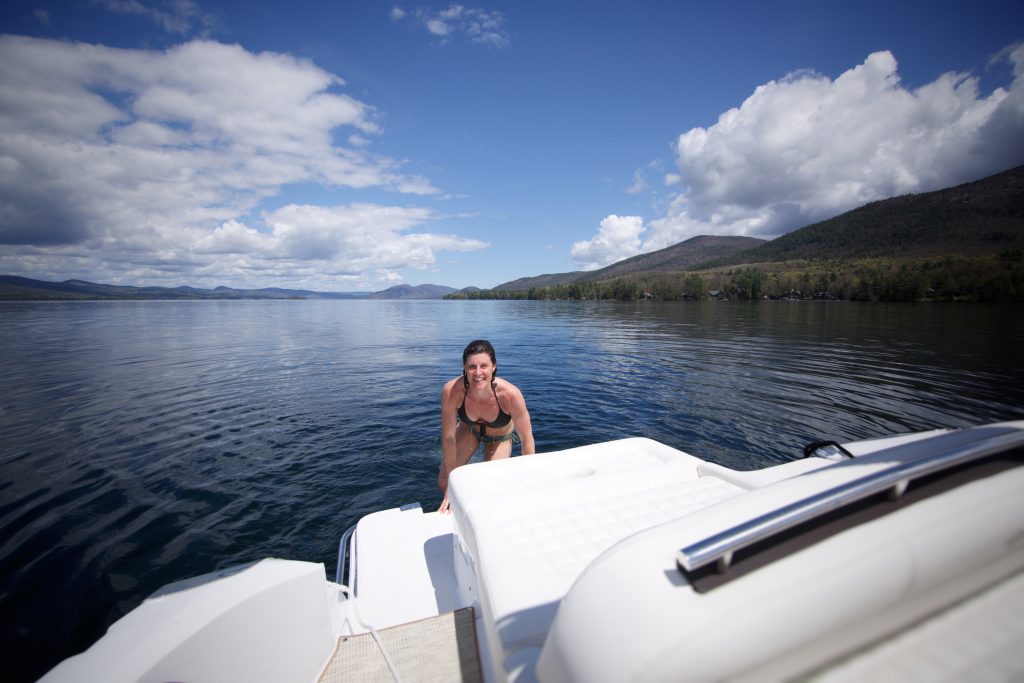 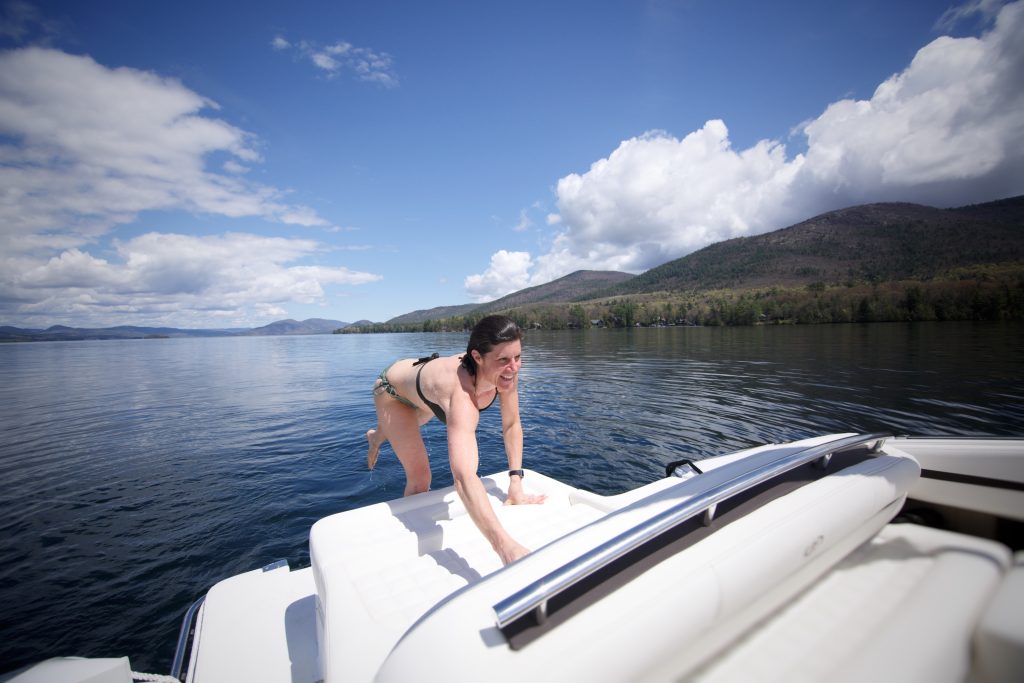 Categories: Marriage, Me, Random
No comments yet…