Saturday I needed to run to the grocery store, news had just broken about the shooting at Walmart in El Paso. Sean wasn’t home, and I told the girls they could hang back if they helped me with the bags when I got home. I listened to reports on the radio as I drove.

I was upset that while this rocked me, I wasn’t numb like I’ve been after other shootings. I was sad, but my world didn’t stop. As I walked through the aisles at the grocery store, I wondered quietly about safety—my whiteness, not shopping at a WalMart, leaving the girls at home.

Walking back to my car and seeing bumper stickers intended to divide and incite, I knew that no amount of whiteness, store selection, or vigilance could keep any of us safe. I clicked the radio off and sat with my feelings. None of us are untouchable, but the thing the persistence of the shootings has done is help me understand that it doesn’t take my babies dying to be hurt.

I texted the girls from the traffic light that I’d be home in five with groceries. They were ready to help me when I got back. I felt bile in my throat about how seamless my shopping had been. No one died. I was going to unload the bags with the girls, make dinner, do bedtime, and sleep to meet the dawn with no one dead.

It was 3 am when I heard Ave run to the bathroom. I waited to listen to the familiar and loathsome sound of vomit, but it didn’t come. I felt a wave of relief and then a slap of shame. Some kids aren’t alive to wretch, some parents won’t tend to another sick little, and there are kids who will never again have mama fix it.

I was in her room within five minutes, stroking Vicks on her chest, cradling her back as she downed a dose of cough syrup, and kissing her brow and promising to come back if she needed me. She murmured a thank you as I kissed her and I felt tears on my cheek, uncertain whose they were.

Back in bed, I looked at the time on my phone and then opened twitter. “Between 16 and 20 dead.” I thought it was an update on El Paso, but it was a different shooting in a different state. I pored over my phone for the next 2 hours as if my concentration would somehow change reality.

Sleep disappeared, and I waited for the dawn to come. Avery finally slept, and I was thankful for it as I struggled with rage and heartbreak. Nearly thirty people gone, and despite my fury, the day was going to bring more obfuscation-politics, divisions, and protests that we can’t know the motive.

When Sean woke, I touched his arm and said, “I want to warn you, it happened again.” He didn’t say anything, still waking up. “Again?” he murmured.

“There was another shooting,” I said.

“No, Dayton.” He shuffled across the room, and I held my breath, unfairly wishing he could fix it.

We were silent, then he said, “Are we going to talk to the girls?”

“Yeah, are we going to talk about what they do if they hear something like fireworks in public?” 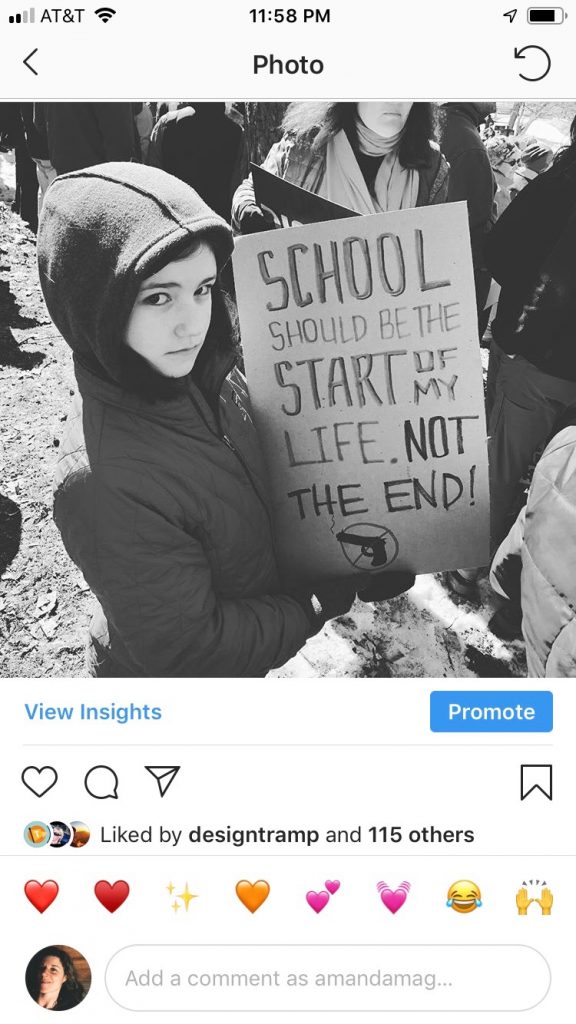 I sucked in a ton of air, “What would we say? Tell them to play dead?” My words hung in the air, and I remembered at one time that I thought I needed to know what to do if I encountered a bear on a hike. This wasn’t the “What to do if a teacher comes on to you,” or “what to do if someone tried to get you to try drugs,” or “what to do if the father of a kid you babysit tries to touch you” talk. This was the, “What to do if you are in public and someone is shooting, and you don’t have a lockdown protocol to follow” talk.

“No, we tell them to get low. Stay low and try to move away from the sounds,” he said, nodding as he felt his way toward addressing their safety.

I don’t even know where to put my rage or horror at this point. I nod quietly and think about how to have another talk with them about how not to die. I try not to lose myself in the tremors of relief that they aren’t dead and the terror that I don’t know how to keep them alive.

It’s Monday and it’s just another day after shootings on Saturday and Sunday.