A Song We Travel By Heart

Music is always playing in the car when Sean drives. If we go for a long trip he creates playlists, if we’re running errands it’s the radio, and if we’re going somewhere for work he plays NPR. Music is something he considers at home, on the road, and even at the office. 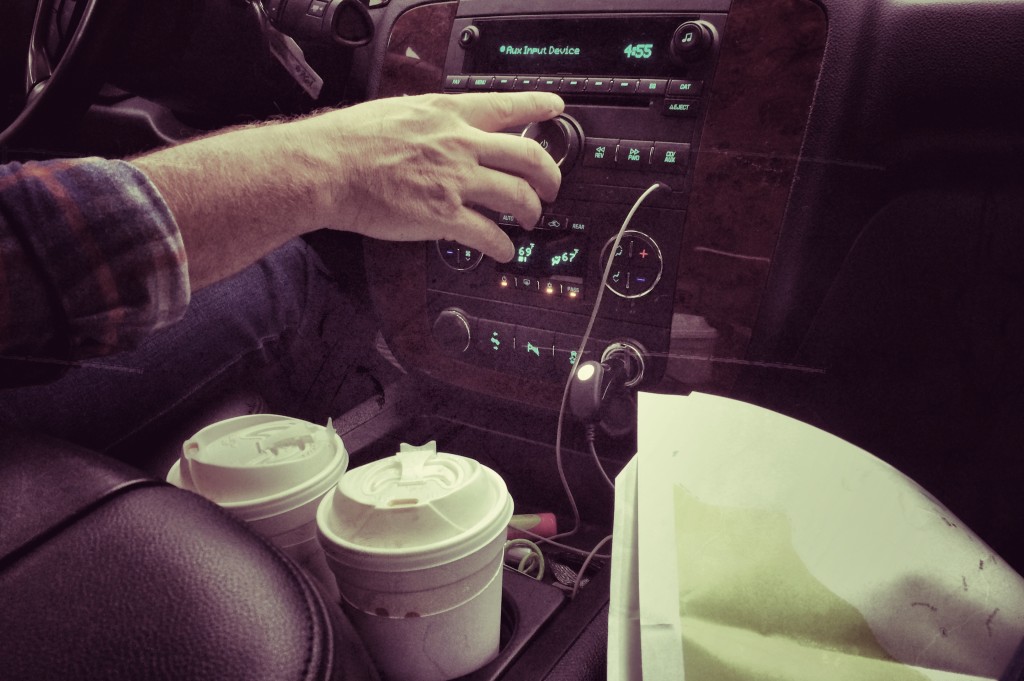 I enjoy music, but it’s nothing that I ever plan. When I’m driving it takes less than a block for one of the girls to ask me to turn on the radio. It makes me smile because I know it’s a part of Sean manifested in their souls. Music is always with them, either from a speaker or from their own lips.

For me the constant is light, seeking out shades that help bulbs cast warm light, the flicker of candles, worshipping the change through windows and seasons. The girls notice light, but the tilting toward it doesn’t pulse in them in the way music always has.

I’m amazed at the way they all know every word, harmonizing and drifting in and out of songs seamlessly, like driving a familiar route. Old standards to Taylor Swift, country to show tunes, they love them all. Driving through the hills of Washington County and over to Vermont, corn fields that were taller than the truck only a few weeks ago are gone now, making our view greater and the girls trace their fingers along the windows as their heads sway to John Legend’s voice.

I play with my wedding ring, noting that it’s loose. My skin isn’t yet cracking, though the coming cold months will do that. I shiver thinking about it as we round a bend. I hear Briar start to sing, her high voice begins softly and builds to a full bodied voice that belies her size and age. She effortlessly matches the next voice coming from the speaker. I watch her through the mirror, she is singing even as she plays with her little sister. Her head swings back and forth and she waggles her eyebrows at Finley before turning to look out the window. Sun pours through the truck.

She goes quiet and after a moment pipes up with a perfect trill echoing the vibrato filling the car. Sean moves beside me and I know before looking that he is smiling. Since they first began making sounds that weren’t cries, Sean has responded to their love of music like high tide, pulled toward them completely, lighting up with a smile that runs the entirety of his person.

Sometimes I hum along, but mostly my body moves slowly, intimately familiar with every line, not of the song but of this language between parent a child, their innate love of music. He watches her through the rearview mirror, the sides of his eyes crinkling as he smiles at her singing. My whole body warms, because even though I’m not singing, I am a part of their song and the miles we cover as they move are my favorite tracks.