Our Bodies Aren’t Coatracks for Your Guilt

“Be careful with that neck, it’s dangerous. Men can’t resist a neck like that.”

I was 18 and his name was Jesús. I was an exchange student in Spain and had never met him before. He was ten years my senior. 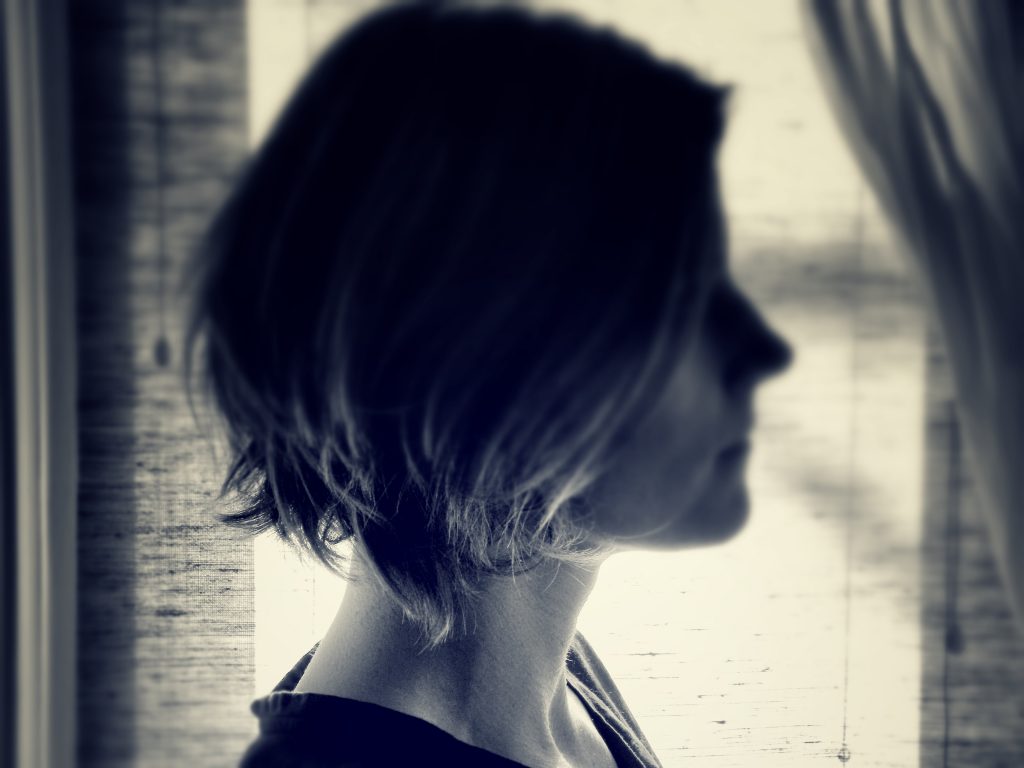 Already I was so conditioned to believe that attention from men was a success—I am good enough —that I struggled to find balance between the programmed response and the way my hair stood on end on the back of my neck. I felt danger.

It had only been about a year since a man had raped me in the front seat of his car. The whole time he spoke to me like I’d asked for it, like I was enjoying it.

Powerful men, studies show, overestimate the sexual interest of others and erroneously believe that the women around them are more attracted to them than is actually the case.*

I don’t know that this falls into gas lighting. I can say that as I bucked against him he literally made me wonder if I was wrong. Was it really happening?

Is he right? Did I somehow agree to have sex with a complete stranger with no preamble in a nasty muscle car, beneath the sickly yellow glow of a street light?

“Amanda, Amanda, my vixen kitten,” he was my high school drama teacher and I was back to visit two years after graduation. He’d been a mentor.

I was sitting on the counter in the back of the classroom and he walked toward me and wedged himself between my legs.

“Been too long,” were the words he said, but it was not the meaning that passed from his bearded face to my skin.

Do high school teachers have the right to snack on teen age girls with their eyes? Does the mere presence of a female indicate consent?  Is acquiescence enough? Is it different if the girls are in sweatshirts and jeans? Do tank tops make the lechery ok? Is the curve of a breast something a girl has to hide?

Lately the answer seems to be yes.

It’s on women to shut it down. On girls to not be sexual, but it’s not even that, it’s don’t leave any chance that an adult man will become dizzied by his need to have you.

Society, the media, and friends and family question the veracity of sexual assault accusations. People say, “I hope he conquers his demons” before they say, “I hope she can feel safe again.” When do we believe her?

I wonder, if we were all in the room would we still blame the woman? Does it take watching a man force himself on a woman? Do we only trust her if she isn’t sexy? If there is nothing “to be gained?”

The guy revs his engine a bit as I move toward the crosswalk. His eyes move from my ass to my chest. How do I know? Girls learn early to read a room, to gauge how to speak in order to not seem too bossy, too girlie, too whiny. As a professional I can tell when a client can hear it from me and when it needs to come from a man. Yes, this still happens.

Back to the street, I still have half the crosswalk to pass. If I move too quickly he nods approvingly. I curse my body for moving. I thrash inside, “I am not here for you to stare at.” He waves his fingers out the window, makes a kissing sound.  I feel naked.

It’s one street, there are eight more to go and a guy walking toward me on the sidewalk. Every single day I choose a side of the street based on the men I’ll have to pass. It does not matter what I wear, whether I smile, or what time of day it is. It just is.

We layer the blame on women, burying them like coatracks beneath the weight of our reasons why.

If she had pleasured her husband he wouldn’t have stepped out on her.

If she’d taken care of herself he wouldn’t have had to visit prostitutes.

If she hadn’t been there he wouldn’t have raped her.

If she had dressed differently…

If she had been more aware…

If she had said no…

If she had said yes…

If she hadn’t been drinking…

If her pants had been looser…

Why didn’t she just…

He didn’t really mean it…

Think of his future…

You were both drinking…

There is neither room nor time to lay out all the excuses or all the instances when a man has crossed a line.

It most certainly isn’t about how attractive we are. Ugly women get raped. Attractive men rape women. It doesn’t have to be rape to be horrifying, traumatizing, and against the law.

There is no trick to outsmarting this. You can’t pray cancer away and you can’t dress assault away. So, thank you Mayim Bialik for writing from your perspective, but in doing so, like so many people before you, you put the blame on women. I read your words and was reminded so much of being raped. Was this me? Did I start this? Was I the wrong kind of feminist?

We don’t get out of this by shopping from a different catalog, bypassing surgery or make-overs, or “keeping our sexual self for private situations.” The women abused by Harvey weren’t being sexual. He masturbated over sleeping women.

We begin to dig out by understanding that there may be people we have respected and loved who are predators. Rapists and abusers are as varied as the people who are raped and abused.

There is no profile. There isn’t room for, “Yes, but he has done so much good” or “She has always been super sexual.” It is wrong. It is happening and we are allowing it.

The question is, are you going to keep hoping the Harveys get better or start working to make sure they aren’t protected into being repeat offenders? 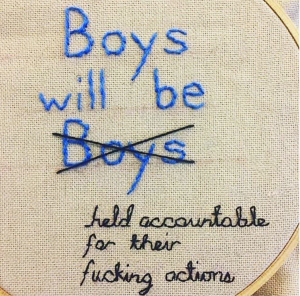 *Quote from this damning article about how it’s not about the Weinsteins of the world, but more the world itself.